Sociopathia is an unsettling story about Mara; a seemingly lonely woman with an uncontrollable impulse to kill. That much is instantly apparent. Things get messy very quickly, and from there never really let up. As the body count rises, we learn what Mara does with her victims and how she handles her murders. Mara is quite literally a sociopath. She lives on the fringe of society as a costume maker for low-budget movies, acts impulsively and violently, and is quite content with her place in the world as long as no one gets too close. It isn’t until we meet our other leading lady, Kat, where we see Mara actually wrestle with and try to suppress her darker side. Sociopathia is at its best when Mara is forced to deal with her demons. At times that’s portrayed as a simple dialog exchange in Mara’s head, but as we delve deeper – and her guilt grows – the altercations get more physical in nature.

There are some genuinely creepy moments throughout Sociopathia, helped by a shaky handheld camera that picks its spots well and comes up close and personal to witness the terror on the screen. What doesn’t help is some of the worst computer generated blood I’ve seen in a long time.

Otherwise, Sociopathia is a well made film. We spend a lot of time in Mara’s home, a dilapidated mess that feels as dark and dingy as it should. We’re treated to some wide shots of her living quarters that give it a real sense of space, a place where anyone but Mara would feel uncomfortable to spend time in, let alone live.

If you measure a horror movie by body count, Sociopathia does not disappoint. What it lacks in quality kills it more than makes up for in quantity. The film has a high kill-per-minute rate that left me satisfied, though I wouldn’t have complained if it left one or two victims out and used that time to explore a bit more of Mara’s background. We do get a few bits here and there about her past, but don’t expect to understand Mara by the time the credits roll. The movie isn’t about why Mara is who she is, it’s simply about who she is, and that disappointed me a bit.

That said, even if the film wanted to tell us something, some of the dialog in Sociopathia is so poorly written I doubt any deep understanding would come from it. The bad writing is brought even lower by some very stilted acting. There are moments in the film where I half expected an actor to burst out laughing because of their partner’s terrible delivery but instead they countered with their own amateurish line read, turning some scenes into a bizarre game of “can you top this”.

If you measure a horror movie by body count, Sociopathia does not disappoint.

And then we have Kat. In a lot of ways, Kat is the saving grace of the cast. She’s awkward, cute, and vulnerable. Her role as the love interest and main plot device is a success and manages to make Mara more likable by her mere presence in the film. Kat acts as a sort of bridge between the ether where Mara’s psyche resides, and the viewer who presumably lives a normal, non-murderous double life. Kat’s not without her own eccentricities, but she’s believable as a person and that’s important because Sociopathia goes so deeply into Mara’s world that without Kat we’d be left in the void of Mara’s darkness, as numb to the horror as Mara is. Kat also allows Mara a chance at redemption. As their relationship blooms, we see Mara dealing with her murderous compulsions and the guilt of her past. Can she control herself in order to be with Kat? This is an issue that Sociopathia handles deftly, and some of the film’s best moments are borne from this conceit. And although I could have used more of this type of turmoil in the film, the movie thankfully knew when to pull into its third act – which seems like a rare feat these days.

Sociopathia is not without its faults; the acting could have been much better, the writing in general needs some cleaning up, and the CG blood is distractingly bad. But Mara still feels unhinged, Kat still feels believably vulnerable, and the movie still succeeded in sucking me into a world that felt threatening throughout. It’s worth a watch if you can look past its somewhat obvious budgetary constraints.

Sociopathia is available on on VOD, DVD, and Digital Download February 9th. 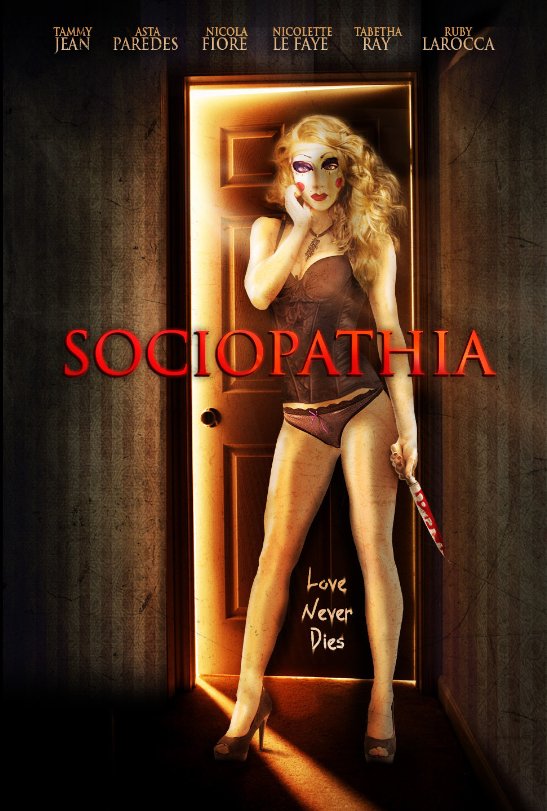 Sociopathia is dark film that delves into the twisted mind of a killer. It’s disturbing, and unrelenting, but is ultimately spoiled by uneven performances that mar what could have been a great movie. 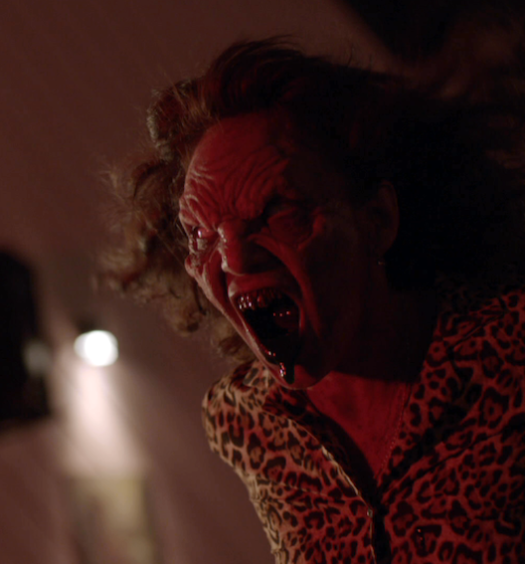