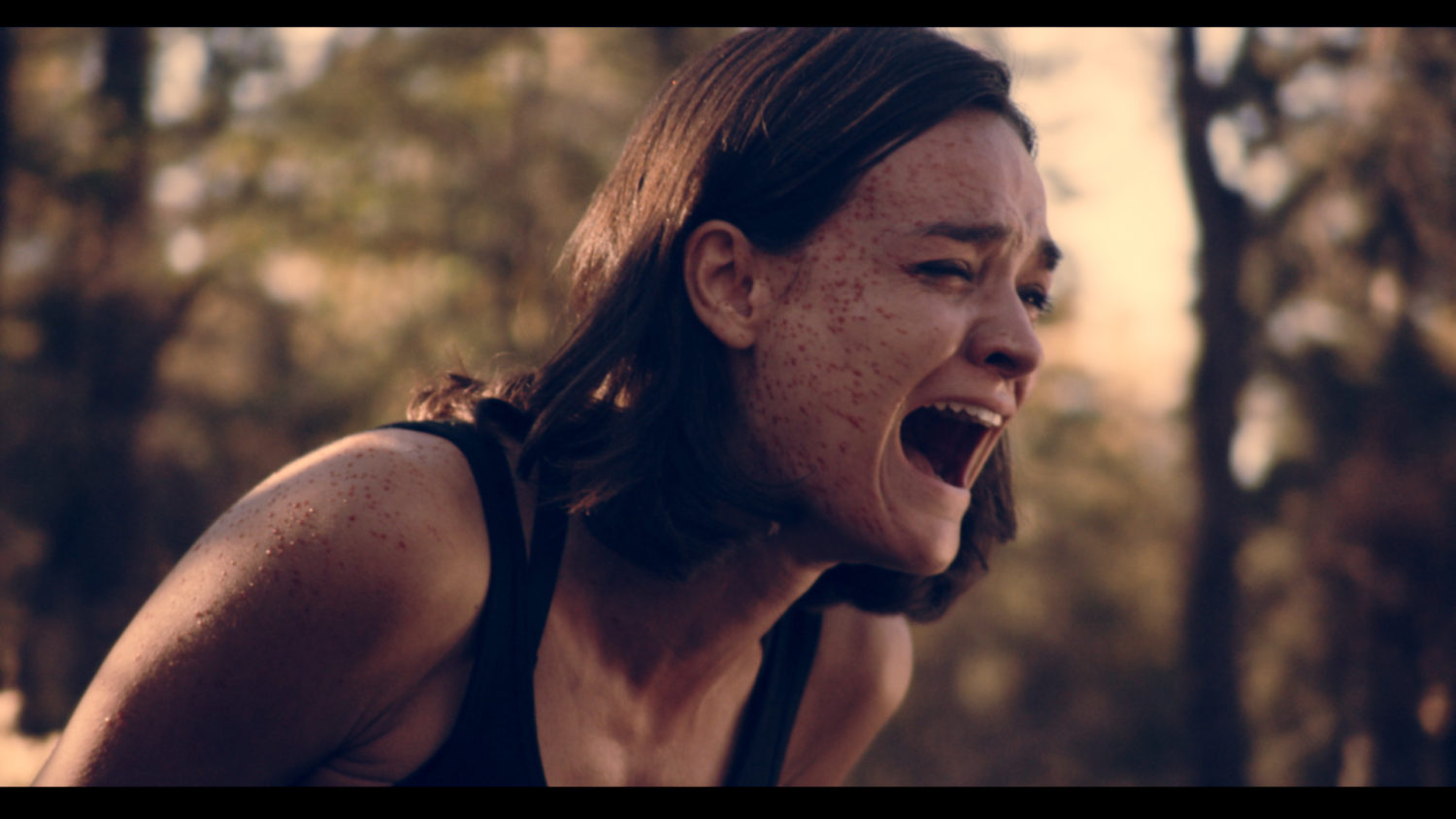 We’ve seen holiday slashers, like My Bloody Valentine or Silent Night, Deadly Night. We’ve seen stoner slashers, including recent films like Psychotic! or Welcome to Willits. But now, from up and coming filmmaker Dylan Reynolds, we got a glimpse at the first ever stoner holiday themed slasher, 4/20 MASSACRE. As many fans know, stoner horror is one of the easier styles to screw up. While Reynolds’ film may not consistently hit on all cylinders, he executes most of the important aspects really well and shows promising chops for the future.

Ambitiously taking on writing, directing, and editing duties, Reynolds works with a blazing female cast, led by Jamie Bernadette (American Satan) and Vanessa Rose Parker (Samurai Cop 2) as Jess and Aubrey, two life-long friends returning to the national park where they camped together as kids. The pair show good chemistry, as their relationship is believable throughout the film. Tagging along are three other friends, including Donna, played by the incomparable Stacey Danger (The Neon Demon). Danger steals nearly every scene she’s in as she nails the role of the “stoner chick.” One of the most relatable characters in the film, everyone knows a Donna (and if you don’t, it’s because you are Donna). 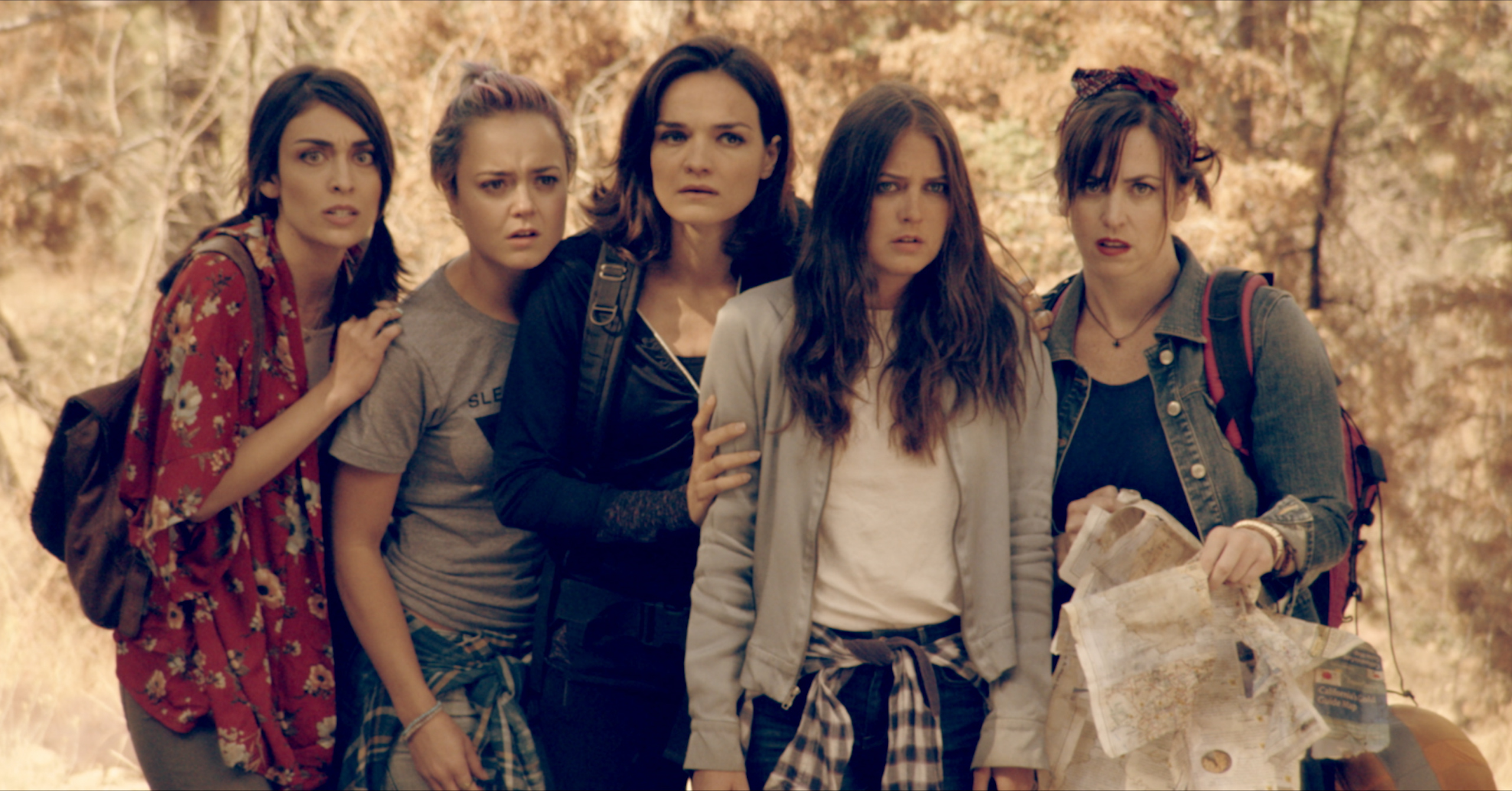 Rounding out the supporting cast are recognizable faces like Jim Storm (Dark Shadows) and Mark Schroeder (from the YouTube series Earthling Cinema). Storm and Bernadette fly high above the rest of the cast, unfortunately, drawing contrast for the weaker parts of the cast. The disparity is most notable during the expositional parts of the film.

Fortunately, the brisk 84 minute runtime means that such scenes are few and far between. Moreover, the pair elevates the film overall, while some amazing line deliveries from Danger and Schroeder are guaranteed to give you the giggles. While the story and script may not be as sophisticated as others we’ve reviewed, 4/20 MASSACRE is an entertaining film that knows exactly what it is. Rather than trying to layer social commentary in the vein of films like Psychotic! or Get Out, Reynolds is only looking to entertain.

After all no one watches a slasher for the dialogue or story! The plot could go up in smoke, for all most fans care, as long as you deliver the kills. And, man, does 4/20 MASSACRE deliver! Here, Reynolds demonstrates that he is both a fan and student of the genre. Keeping things simple, Reynolds uses a villain in a black ghillie suit who very effectively stalks our main cast from the shadows. Expertly blocking several scenes, Reynolds creates a feeling of suspense and paranoia. Once the killer does strike, the practical effects are gnarly as fuck. Mind-blowing kills and graphic eviscerations are equal parts hilarious and grotesque. 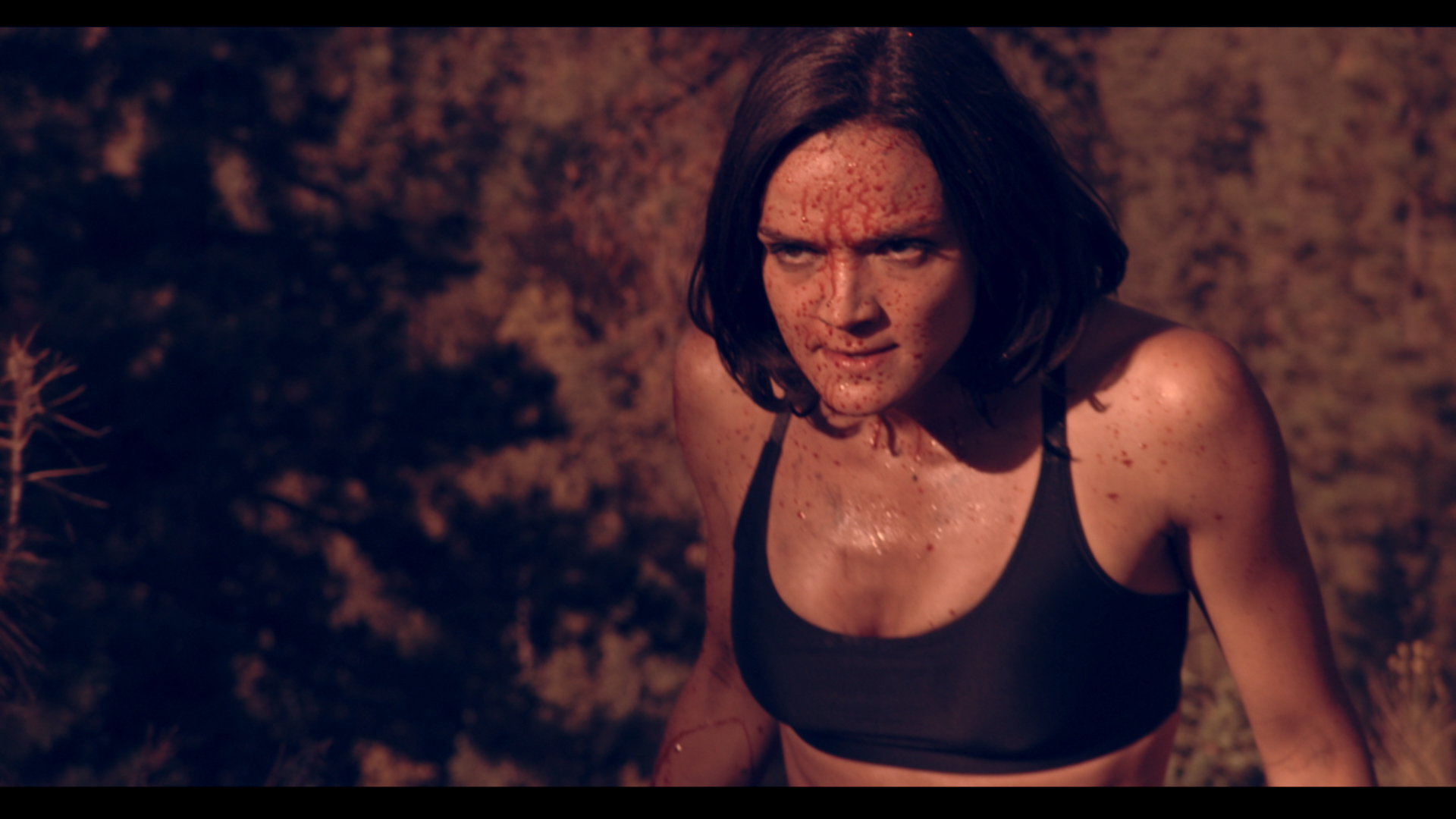 Unfortunately, the amazing practical effects are sometimes counterbalanced by some equally disappointing CGI. Trigger warnings for CGI blood and *gasp* CGI smoke are warranted. While these types of effects are becoming more common place, they do stick out amongst all the amazing practical effects, making the decision to use CGI all the more puzzling. Also somewhat detracting from the experience is an odd color grading that hampers an otherwise well-shot film.  Overall, while 4/20 MASSACRE is a bit of a mixed bag, it succeeds in the areas where a slasher must, and delivers a positive experience for stoner horror fans just looking for a fun flick. 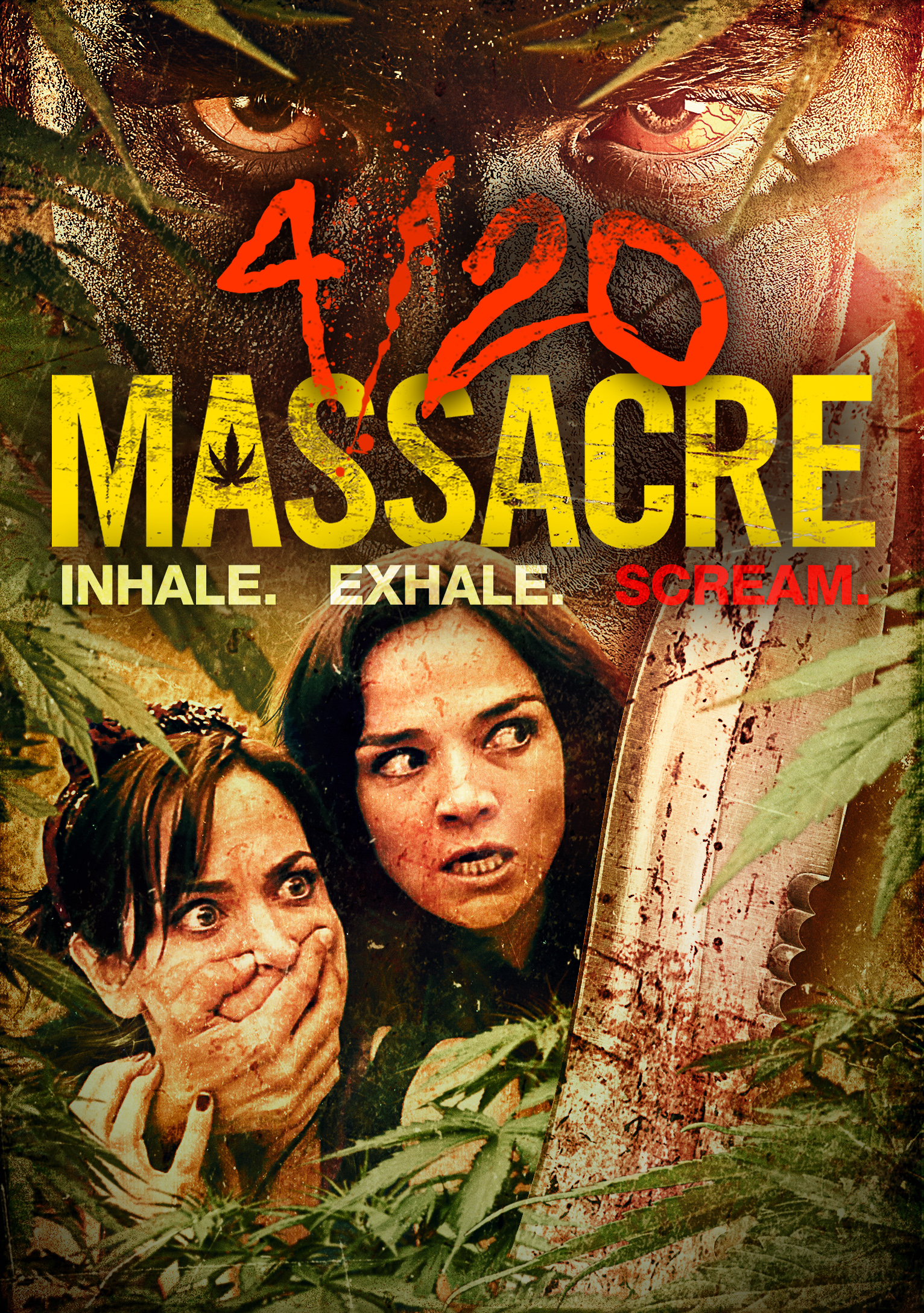 Far from perfect, but still a very fun, enjoyable indie slasher that makes the most of a small budget and shows promise for future films. 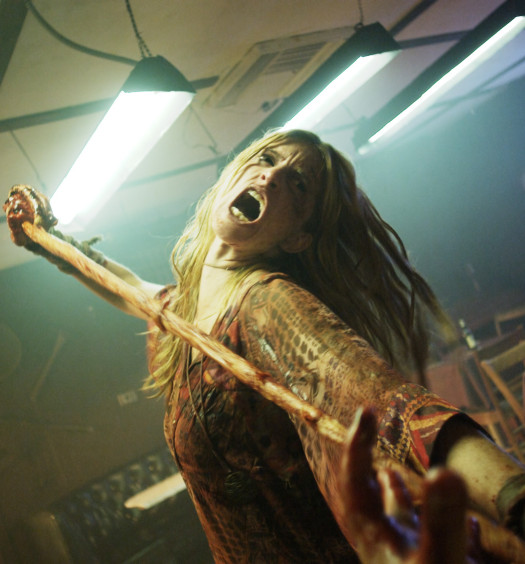