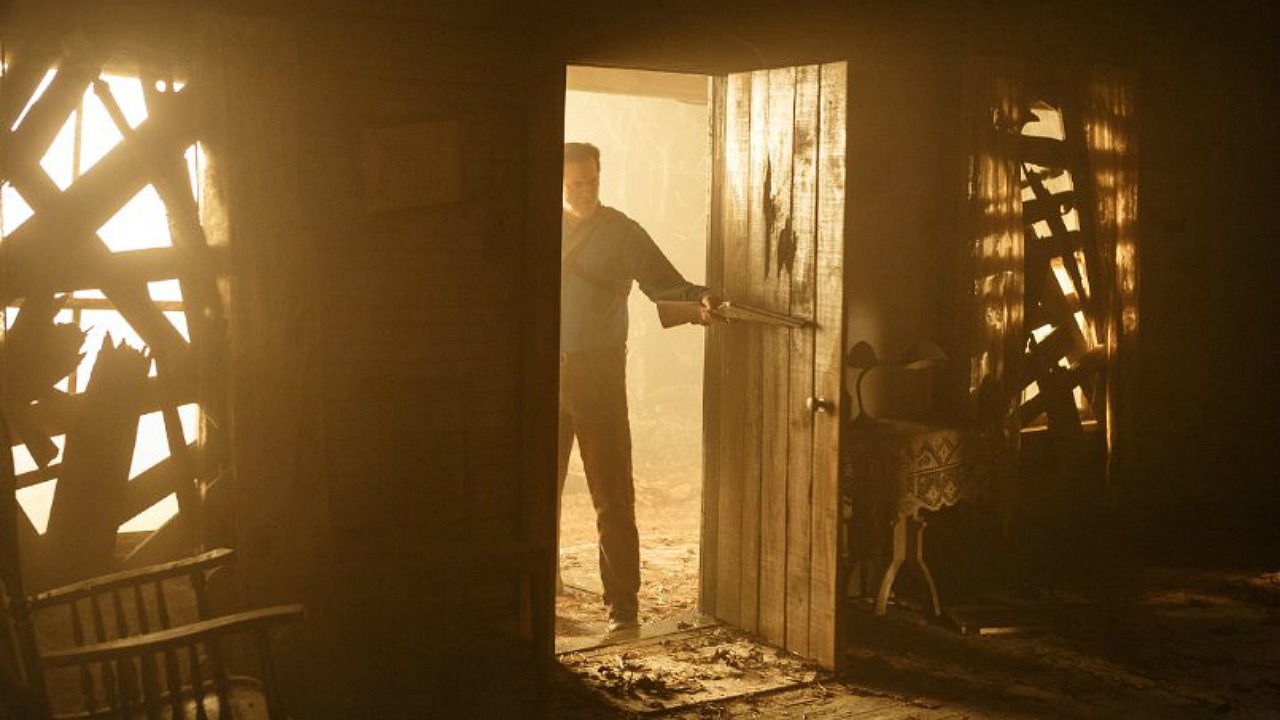 Gearing up towards what is shaping up to be one epic, bloody finale, this episode pays tribute to the original trilogy that started it all.  Not only does Ash make his return to the iconic cabin, but each entry in the trilogy is given homage, including Army of Darkness.  Even the oft forgotten brutal nature of the original Evil Dead is recaptured here, the ruthless tone taking center stage over the humor that’s largely hogged the spotlight in this series.

Even Ash’s approach of the ominous cabin mirrors his initial journey decades ago, with the swinging porch bench ominously stilling the moment he stands in front of the door. Also familiar is Ash bringing his love interest with him to the cabin.  This time it’s Fisher, having split off from Pablo and Kelly to find Ash.

The interior of the cabin is worse for wear, and the fallen deer antlers gives Fisher PTSD flashbacks from the pilot episode, which saw her partner meet his demise courtesy of deer antlers. She’s not the only one suffering bad memories; there’s an endless supply of traumatic history between Ash and the cabin.  Thinking the goal is to literally bury the Necronomicon beneath the house, Fisher wants to unlock the chains to the basement.  With the necessary tools out in the shed, Ash spills the beans that that’s where his ex remains.  As in, her head is still where he left it- secured in the vice in the shed. Not wanting to get in the middle of that awkward reunion, she agrees to guard the book inside.  Except we see that she’s left alone with Ash’s severed hand roaming the inside of the walls…sporting a new eyeball at the wrist.

True to form, Ash does get locked in the shed alone with Linda’s head and a variety of deadly tools.  Linda wastes no time hurling taunts and insults at him, just as she had decades prior, but it’s just a ruse to keep him separated from Fisher.  Fisher retraces Ashes steps, first discovering the tape recording and then the notes about the Candarian blade and book. Her Cliff’s Notes study session is interrupted by Ash, pushing hard to convince her to run away with him. His hand mysteriously hidden behind his back.

It’s soon revealed to be Not-Ash; the severed hand sprouted a new, anti-Ash to foil their plans. Fisher’s repulsed by the discovery, and Anti-Ash doesn’t take the rejection well. While Ash is fighting for his life in the shed, Anti-Ash is trying to kill Fisher.  She puts up a good fight, even severing the hand once more from its body with a meat cleaver.  She’s still not sure if it’s Ash or not, and her hesitation dooms her. Anti-Ash grabs the cleaver and brings it down into her neck, and poor Fisher falls upon the pointy ends of the fallen antlers.

Her death is a slow and painful one, giving Ash enough time to free himself from the shed and say his final goodbyes.  We now know why her character had such a dramatic change in the last episode, and thanks to Anti-Ash we now know why she was marked from episode one by the deadites.  Anti-Ash revealed they knew from the outset that she would help Ash in his quest, therefore had to kill her.  It’s a weak explanation and an arch the writers never quite developed properly, but it’s a tragic conclusion to her story nonetheless. Fisher had the most drawn out, painful death yet, and it’s a shame Ash has lost yet another love interest and ally. Though not surprising.

Kelly and Pablo finally arrive on the scene, thanks to a trio of backpacking Australians in the woods who have better sense of direction that the sidekicks.  Ash must explain, while standing over Fisher’s body, that there’s another Ash.  The episode concludes with an epic Army of Darkness style battle between Ash and Anti-Ash.

Heading into the final two episodes of the season, it looks as though the evil has the upper hand and may have successfully splintered the Ghost Beaters.  As of now, Pablo and Kelly are unaware there’s an Ash imposter and Ash looks guilty of killing Fisher.  With morale at an all-time low and the stakes higher than ever, the final two episodes are going to be one bloody battle.  It also helps that there’s a trio of backpackers lurking nearby for cannon fodder. 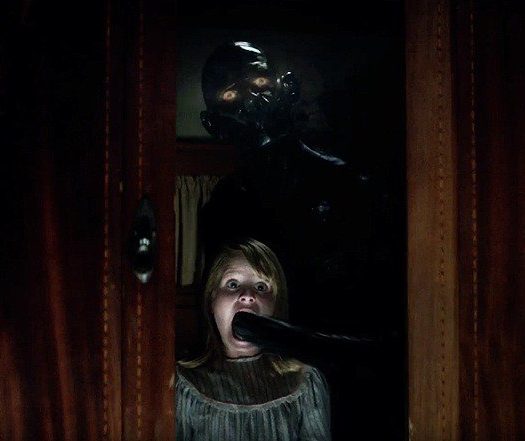 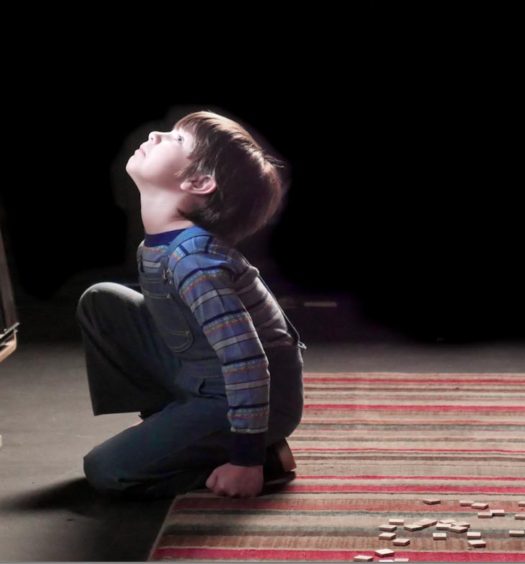