“Awaken” is another entry into the “strangers wake up on a deserted island and something nefarious is afoot” genre, and never manages to rise above that premise with any impact or style.  It’s a shame, too, because “Awake” has a stacked cast: “Dazed and Confused”’s Jason London, Daryl Hannah of “Kill Bill” fame, and Vinnie Jones from “Snatch” and “Lock, Stock, and Two Smoking Barrels,” among some other names.  Unfortunately, as a film, “Awaken” just doesn’t have the infrastructure to support its actors or allow its plot to go anywhere meaningful.

I’m not giving anything away by telling you the plot, so here it goes.  Badass girl Billie (Natalie Burns) wakes up on a deserted island with no memory of how she got there (I suppose every movie writer in history has to write this sentence in some form or another throughout their career).  You know she’s a badass because she’s wearing dog tags and has flashbacks of her randomly kicking ass.  As she explores the island, we’re given some more flashbacks explaining that Billie was looking for her sister, who was kidnapped by human traffickers.  On the island, she encounters some other similarly-confused people, and they’re all being hunted by mystery men in fatigues.  It’s about here that the movie draws a high water mark, and for the rest of the film’s 90 minute runtime, dares not tread above that line in terms of excitement, character, or plot development.

We eventually find out that the bad guys are running some sort of organ harvesting project and not some “The Most Dangerous Game” thing, but it’s not really treated as a reveal–it’s more of just something that comes up.  The bad guys have their own plotline, which basically exists as its own movie: they have to get the right “donor” for the terminal child of Darryl Hannah’s Mao.  Of course, they fail, and the latter half of the movie sees our heroes escaping amidst a firefight between Mao’s goons and the bad guys.  That sounds really awesome on paper, and it’s disappointing for me to write that it doesn’t play out with any intensity on the screen.  The action in this film is pretty standard fistfighting, although it’s fun to watch Billie beat up on generic baddies.  There are maybe two moments in the fight scenes that I remember thinking “oh, that was some interesting choreography,” but for the most part the action is rote, and any energy the movie had going for it is long gone by the time the action rolls around.  Honestly, Daryl Hannah sucks what little life this movie has right out of it.  Her sedated performance, mostly sputtered from behind massive black sunglasses, is obviously here to cash a check.  The movie spends several minutes lingering over her as she literally sits slumped on a couch while the movie’s henchmen engage in the least tense standoff ever.  It’s a shame, because Hannah has proven she can play a menacing villain and perform roles with physicality, and none of that is on display here.

Director/writer/producer Mark Atkins doesn’t seem to be able to make much of the elements available to him, and “Awaken” fails to add any variety or stakes to the “trapped on an island” trope.  There’s no struggle for survival, as there’s fresh fruit scattered on the ground everywhere.  The plot isn’t treated with any sense of mystery, and, bizarrely, even though Billie is proven to be a badass and is wearing her dog tags the whole time, the movie gives her two male companions guns and leaves her empty-handed for a lot of the runtime.  It was just a strange choice that took me out of the film.  “Awaken” is filled with those kinds of choices.  You’ll notice editing cuts don’t make much sense, little makeup inconsistencies here and there, among other choices.  There’s no arc here, because Billie’s motivation (to find her sister) just doesn’t really slot into what the movie wants to do.  “Awaken” doesn’t have any great aspirations, which is a shame, because if this movie had loftier ambitions, it might have been a more interesting failure.  As it stands, it’s just a boring thriller that doesn’t care to even enthusiastically check its boxes. 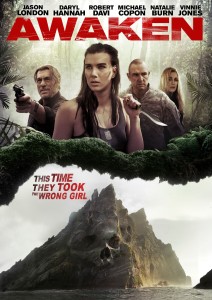 “Awaken” fails to bring anything new to the “wake up on a deserted island with no memory” genre of thriller, and I honestly don’t know if it tried to. 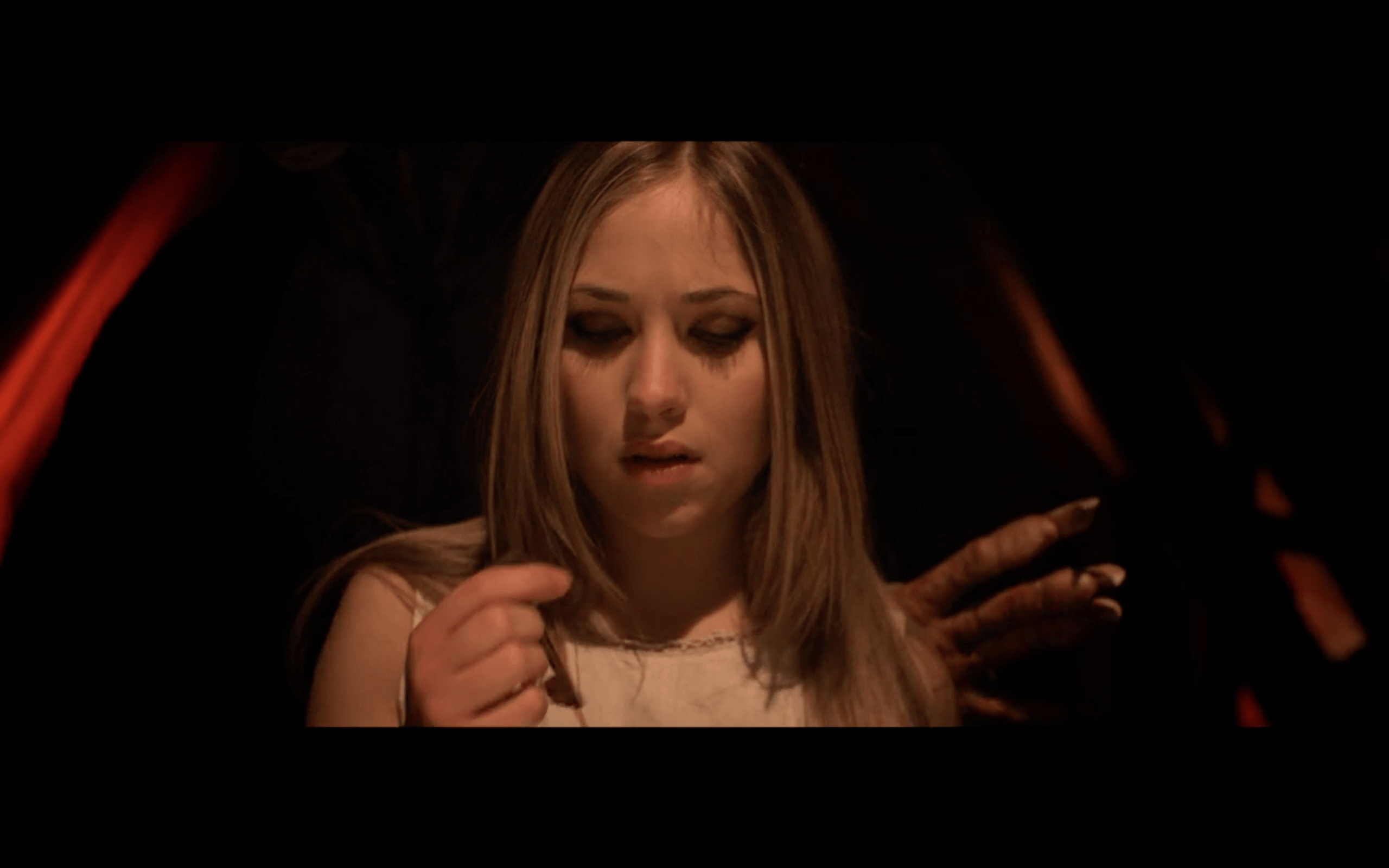