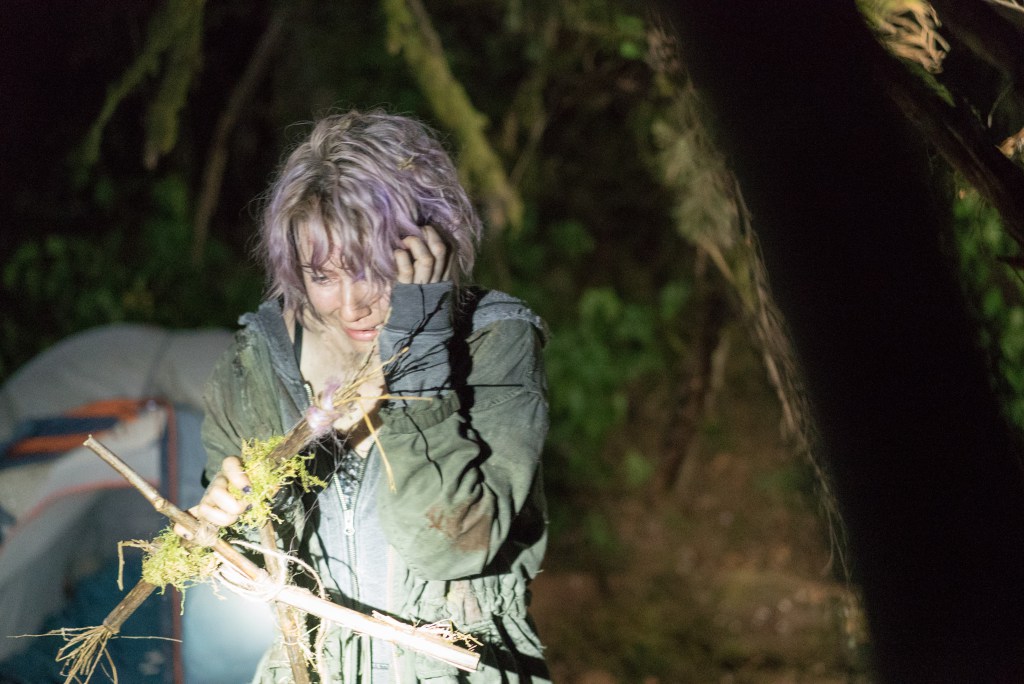 It’s been 17 years since The Blair Witch Project ushered in a new era of horror with found footage.  Despite the many copy cats that would follow, a quickly assembled sequel a year later boldly took the franchise in an unexpected direction with failed results, at least as far as box office was concerned. So it’s not surprising that the latest entry would focus on where the series all began, a found footage story set in the creepy woods of Burkittsville, Maryland.

Opening with a YouTube video of found footage showing a mysterious figure in the infamous house from the first film, James believes this to be his long lost sister Heather, who’d mysteriously disappeared with her two filmmaking cohorts many years ago. He rallies his friends, enlist a few locals as tour guides, and they set off deep into the woods in the vain hope of locating the house, answers, and James’ missing sibling.

While longtime fans can expect to see the same iconic imagery and the narrative hits all of the familiar beats, Wingard and Barrett eschews the slower, deliberate pacing of the original for warped speed insanity.

Written by Simon Barrett and directed by Adam Wingard, the film takes painstaking measures to retain the Blair Witch essence. As with the first film, hardly any time is wasted introducing us to our cast of mostly unknowns, and then we’re whisked away to the woods where all lore is laid out in campfire tale fashion.  Barrett rehashes old mythology while seamlessly weaving in new bits of information for long-time fans.

Even the handheld, shaky cam style is retained from the original.  Of course, Wingard keeps things modern with the addition of GoPro cameras and drones, but that jittery, pseudo-documentary technique remains the same.  With present day technology it can be frustrating to try and grasp what’s happening on screen as the camera is bouncing all over the place, but there’s no denying that this style continues to lend a frantic tension to the tone of the film.

While longtime fans can expect to see the same iconic imagery and the narrative hits all of the familiar beats, Wingard and Barrett eschews the slower, deliberate pacing of the original for warped speed insanity.  Pay close attention to all of the info heavy dialogue in the beginning, because once that’s over, all explanation is tossed aside in favor of unrelenting terror for the characters.  As with the original, this group of characters quickly becomes lost.  Unlike the original, it quickly becomes clear that this group is being hunted and toyed with.  The energy and terror continue to ramp up until it explodes into an exciting final act.  Unfortunately, that highly anticipated climatic moment unwittingly feels reminiscent of another modern found footage classic.

Blair Witch isn’t going to redefine the horror genre, especially as it so lovingly pays homage to its predecessors.

Wingard and Barrett have crafted a solid sequel.  They build on both The Blair Witch Project and Book of Shadows: Blair Witch 2 while adding their own layers to the story. It retains the core of the original yet improves upon some of the original’s flaws.  As with the previous films, don’t look for many answers.  A big part of why the legend of the Blair Witch is so terrifying is that it’s shrouded in mystery.  Wingard and Barrett only peel back the curtain ever so slightly.

The hard truth, though, is that this is not a game changer. Blair Witch isn’t going to redefine the horror genre, especially as it so lovingly pays homage to its predecessors. It’s a well-crafted film and brilliant in terms of a horror sequel.  It’s well paced and offers many effective jump scares, but an experienced horror fan won’t likely find this to be everything that the early buzz is promising this film to be. As fun as this film is, the hype train is going to crush it. It’s not going to be the scariest film ever, nor is it perfect. Ignore the hype and leave all expectations at the door.  If so, you have a solid horror film on your hands.

Blair Witch will be released in theaters on September 16, 2016. 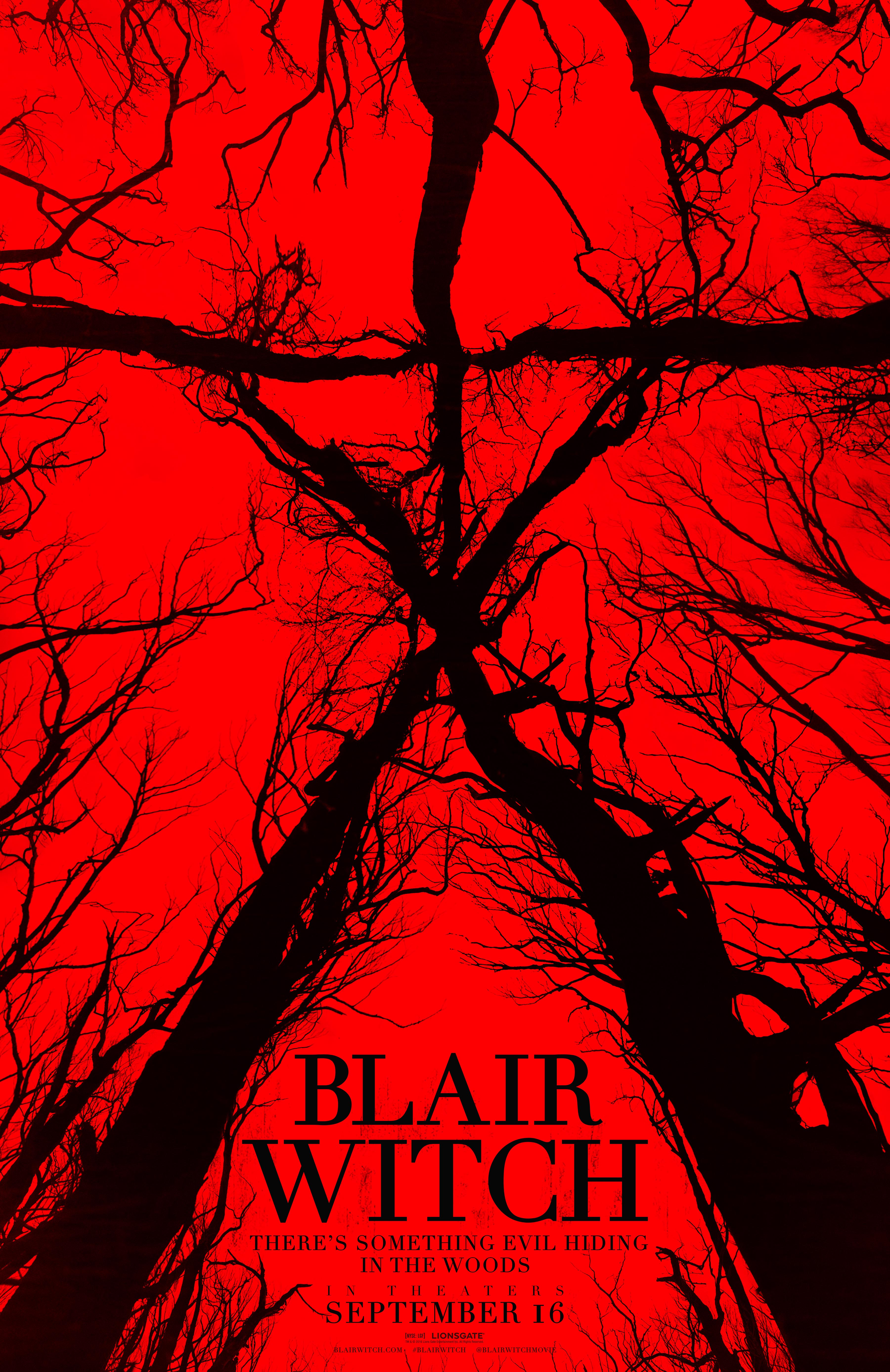 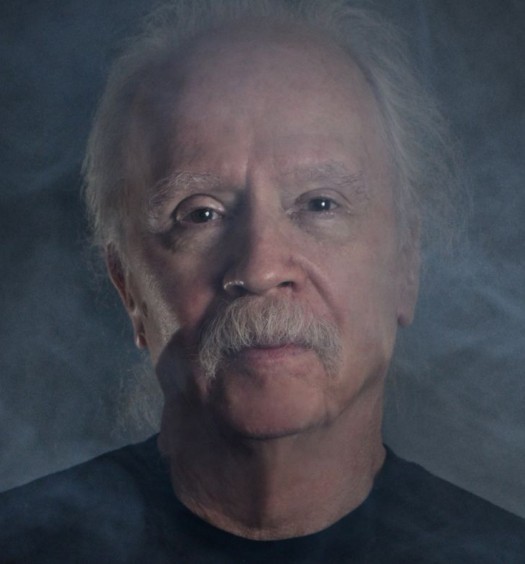 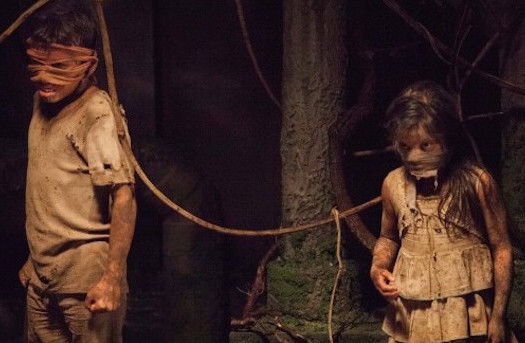 Read More
Out of the Dark [Review]
Submit a Comment