Blood Machines, the much-anticipated reunion of musicians Carpenter Brut and pseudonymous French filmmaking duo Seth Ickerman, will finally hit the Shudder streaming service May 21st. We first heard of the project two years ago when the team launched a Kickstarter to raise funds for the film, then advertised as a 30-minute sequel to Turbo Killer, the Brut music video with Ickerman at the helm.

The new trailer, announcing the film’s streaming date, gives us much of the same we’ve previously seen from the team—bright psychedelic colors, thumping 80s synthwave, and plenty of crazy sci-fi gadgetry. The story follows two hunters searching for a ship, which they soon find. A young woman pulls herself out of the ship like she’s its soul, and the two hunters give chase, attempting to understand what they just witnessed.

It was nearly a year ago when we reported that Shudder had acquired the streaming rights to Blood Machines. The new movie shared producers with Revenge, another Shudder exclusive, and we were quite excited it found a wide release platform.

We reviewed Blood Machines late last year at Fantastic Fest, giving it a solid 7 out of 10. Our own Jon Cohorn said the filmmakers were “on some next-level shit” and said audiences were “not prepared for Blood Machines.” It’s an “acid-tinged plunge deep into the minds” of Brut and Ickerman. We’ll find out late next month if audiences are ready for the new cosmic opera.

Plot Synopsis:
Two space hunters are tracking down a machine trying to free itself. After taking it down, they witness a mystical phenomenon: the ghost of a young woman pulls itself out of the machine, as if the spaceship had a soul. Trying to understand the nature of this entity, they start chasing the woman through space… 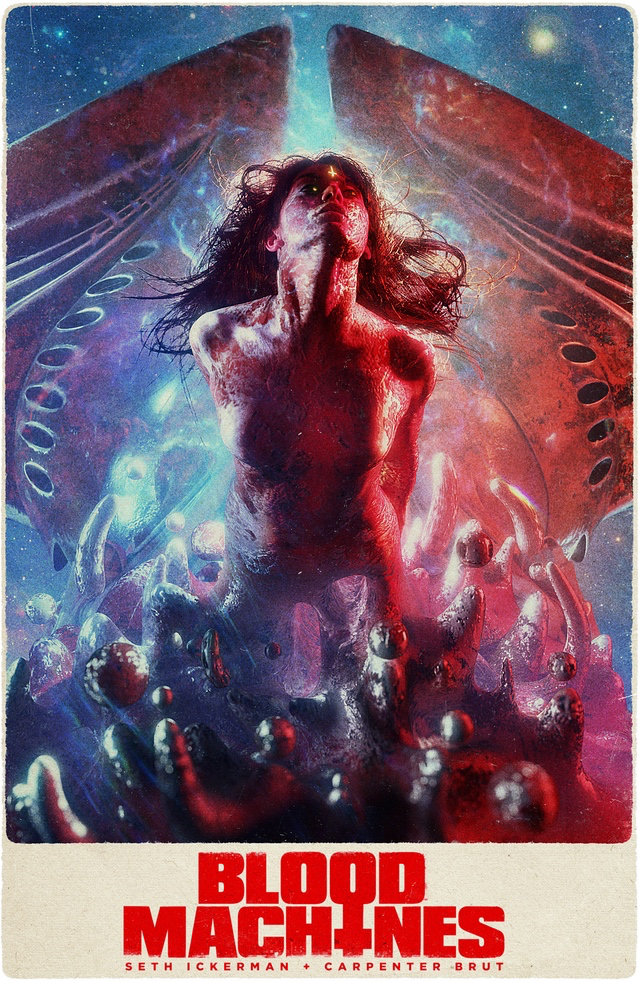 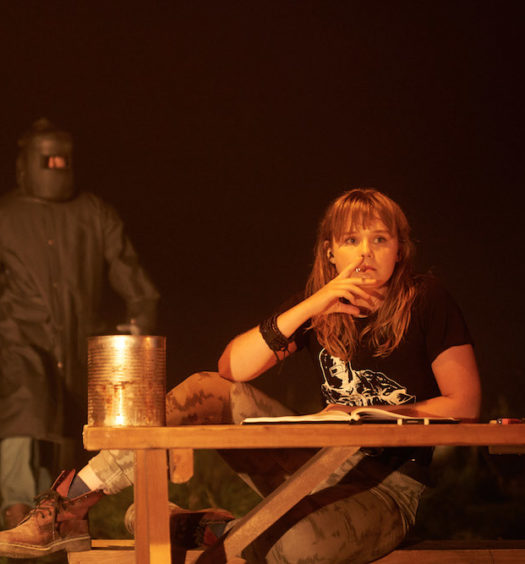 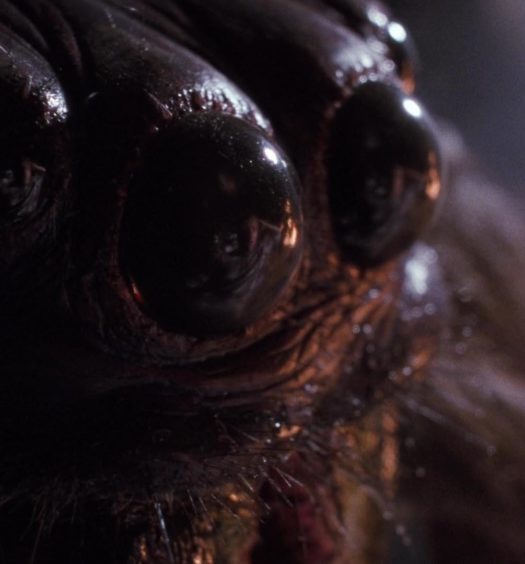