Themes of transformation and puberty are prominent components of of the horror genre, engaging the audiences with a subject they can relate to while introducing more sinister plot factors. Adolescence is a fascinating topic, especially that of a complex female character, as the changes taking place are naturally relevant. Those changes are horrifying in the real world and are often easily elevated to a more haunting degree in a variety of horror films as the catalyst for their story lines. Ranging from the basic to the more substantial, horror is no stranger to coming-of-age films. However, every now and then there is one that hits all of our mental criteria, managing to keep the story simple while incorporating brilliant imagery, deep underlying motifs, and a significant message. Lisa Brühlmann’s (Tempo Girl) artfully crafted Blue My Mind is one of those films.

Mia, played by the talented Luna Wedler (Streaker), is a 15-year old girl on the brink of entering womanhood when she begins to feel isolated from the world she loves in. Her body is developing intrinsically, but her behaviors escalate to the point of impulse. After befriending the more advanced girls at school, Mia begins experimenting with altering her appearance, drinking alcohol, doing drugs, and having sex. Her relationship with her parents declines while her friendship with fast girl Gianna intensifies. She struggles with rebellion and conformity the way all girls her age do, but there is something different about Mia. Her body’s is going through more changes than growing body parts and experiencing her first period. Unlike other girls, Mia is morphing into something.

This slow burn approaches some truly terrifying scenes of body horror in a natural, elegant way.

Blue My Mind draws similarities from so many films the depict adolescence at its less than finer moments such as Thirteen, Raw, Teeth, Ginger Snaps, and The Craft, yet manages to set itself apart entirely. Brühlmann tackles the volatile theme that is the female body and incorporates the variety of underlying motifs that come with it: conformity, defiance, anxiety, sex, and fear. This film is sprinkled with shock and pure emotion giving it a tender feel with a razor sharp bite. Like any great storyteller, Brühlmann personifies a natural change all women experience, but perfectly aligns it with what Mia sees as a terrifying, unstoppable curse.

…what Brühlman does in the most lovely, poetic way is show us that once we accept ourselves and let go of that which restricts us we become whole.

Brühlmann is well versed in the aspects of symbolism and imagery, but what literally blew my mind was the special effects used to turn Mia from an average human girl to… something else. It’s one of the most believable transformations I’ve seen on films as it relies on expert practical effects over CGI. At the end I found that my only negative thought on the film was that I wanted more of the physical horror element that was created so perfectly here, but at the same time I respect the ‘less is more’ factor as it lately ensures achievement within the horror genre. Visually what happens to Mia is aesthetically pleasing, but is also so real, in look and message, that by the time the credits roll you realize you’ve witnessed a true modern day fairy tale. What’s more eerily important is that her story is one each of us experience as individuals, replacing the mythical ‘curse’ with the wonder and equally harsh reality of adulthood. 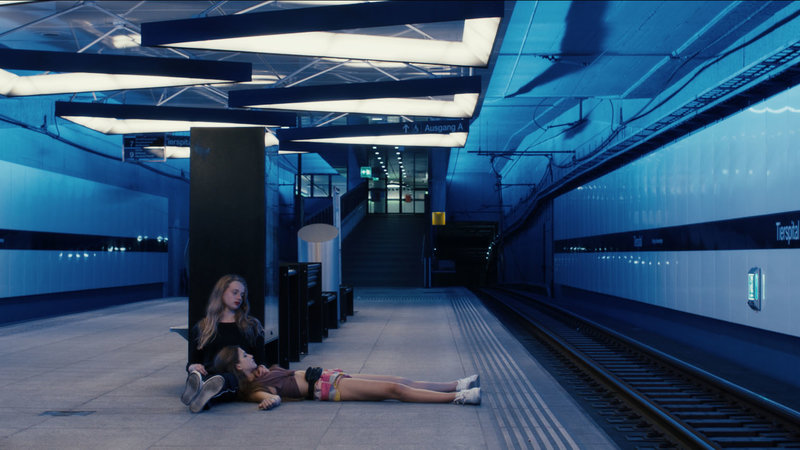 … I found that my only negative thought on the film was that I wanted more of the physical horror element that was created so perfectly here, but at the same time I respect the ‘less is more’ factor…

Pacing acts as a huge strength to the film’s plot as it takes patience in opposition to anxiety to make it through to the end. Mia’s transformation is gradual with the change taking its time by slowly morphing her body the way puberty transitions young women and men over time. This slow burn approaches some truly terrifying scenes of body horror in a natural, elegant way. It carries the same darkness of a Grimm fairy tale, but expresses itself with enchantment and raw grounding.

Blue My Mind operates without a noticeable score and rather relies on the natural quiet and chaos of Mia’s environment. The melodic sounds and meaningful blue hues flow together to create an increasingly tranquil environment for Mia, even as she becomes more aware of how drastically her body is changing. Like the blue flower of its name, Blue My Mind is layered with analytical petals and embodies the hope and beauty within our unstoppable, dark thoughts and experiences. This translates so effectively in meaning as well as it does in its Schwyzerdütsch language.

Visually what happens to Mia is aesthetically pleasing, but is also so real, in look and message, that by the time the credits roll you realize you’ve witnessed a true modern day fairy tale.

Brühlman throws in thoughts on female relationships with one another as well as others around them, how we view ourselves compared to others, and the aggression that results in the misunderstandings we have of our bodies. The period of adolescence is an isolating moment in our lives where we feel like we don’t belong, but what Brühlmann does in the most lovely, poetic way is show us that once we accept ourselves and let go of that which restricts us we become whole. Whether caused on our own accord or that of others, when we refuse to be held back and sheltered we will be free enough to embrace our individuality and give ourselves over to the vast sea that is life. 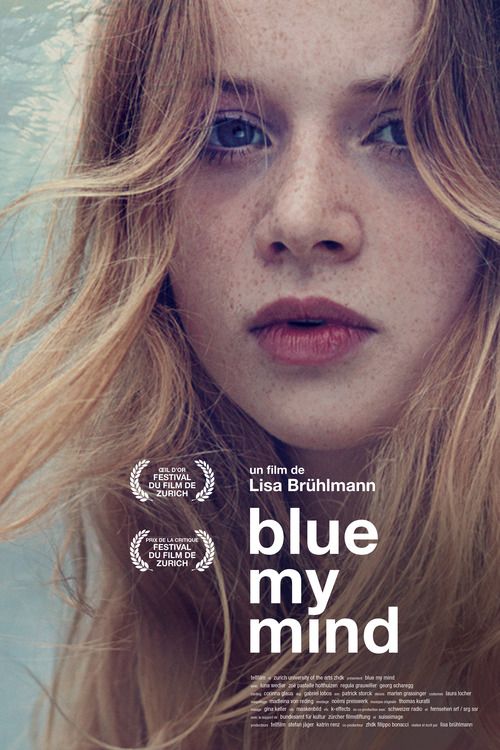 Blue My Mind is a nuanced tale of female puberty effectively weaving both beauty and scales to create a horrific splash. 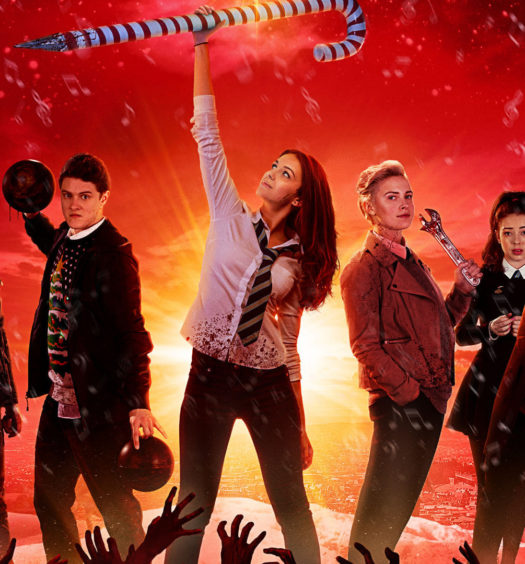 Read More
Final Girls Ep 156: The Day of the Slay
Submit a Comment