By the time my first view of the exquisite Blue My Mind ended I had easily recognized the story’s meaning. It’s an emotional piece embarking on the traditional path of puberty horror, but combines brilliant film elements to set its own agency. Directed and written by Lisa Brühlmann, Blue My Mind’s spectacular visual effects transform a teenage girl, Mia, in expert fashion while correlating with the growth of her individuality and body.

After a second, more thorough viewing I found it difficult to keep myself from analyzing all of the intricate moving parts that operate within Blue My Mind. Mia’s journey portrays the turbulence and beauty a young girl faces personally, physically, and socially, yet manages to remain relatable to a general audience regardless of gender. Brühlmann flexes expression and exercises restraint with skill and tranquility.

Like the deep sea that serves as Mia’s ultimate relief, there is so much more beneath this film’s surface. I had the pleasure of asking Lisa Brühlmann a few questions about her film style and inspiration. As expected, her genuine responses are just as meaningful as her film’s relevant, powerful message.

What inspired the story of Blue My Mind?

Mia is a fictional character, but, of course, I put a lot of feelings and experiences that I had as a teenager in that character. It’s a mixture of shame, being introverted, and being very angry at the same time. Sadly, young women often tend to be self-aggressive when they feel like that. I know these feelings very well from the time when I was a teenager myself.

And then I have always been fascinated by fantastic creatures from mythology. I think it‘s very interesting that some of them appear in various cultures, independent of time and place. These characters exist in our collective subconscious. So this idea just came to me, it was a very intuitive process and felt right from the first moment on.

We didn’t have any dogmas here, I wanted to be as free in use of color as I wanted to.

What were you like as a teenager? Do you think teenage girls have an easier or harder time embracing individuality today as opposed to when you were growing up?

I think I was a pretty average teenager. I was often hungry and wild, but sometimes also quiet and sad. I was a teenager in the late nineties and early millennium years – and like today, there were very strong images everywhere: how a girl should look and that a girl should be sexy, always. And yes, I think today it’s even harder because of social media. You have to control your image all the time. I think as a teenager this is super stressful.

This story is about loving and respecting oneself, to go your own way, especially as a woman.

There are so many meaningful details in Blue My Mind, but the use of color stood out to me the most. What made you choose that specific palette of color?

I love to work with color. I could talk a lot about this. We wanted to show summertime, the heat when, especially for a girl, you are under a lot of pressure because you have to show a lot of skin. We found it’s very interesting if we would grade those colors cold, in blue tones because, of course, this is her element. But there is also a very eccentric, bold use in color where we just put a pink light on an entire scene and don’t explain why. I think as long as it serves the emotion our main character is having in a particular scene it’s the right color. We didn’t have any dogmas here, I wanted to be as free in use of color as I wanted to.

Who are some filmmakers, storytellers, artists that influence your work?

There are a lot of them. For this movie, of course, I was inspired by several myths from Greek mythology and fairy tales about sirens. Also, John William Waterhouse, who made paintings about many myths was an inspiration. In terms of filmmakers, I love the work from Larry Clark, Andrea Arnold, and Jaques Audiard – and so many more! 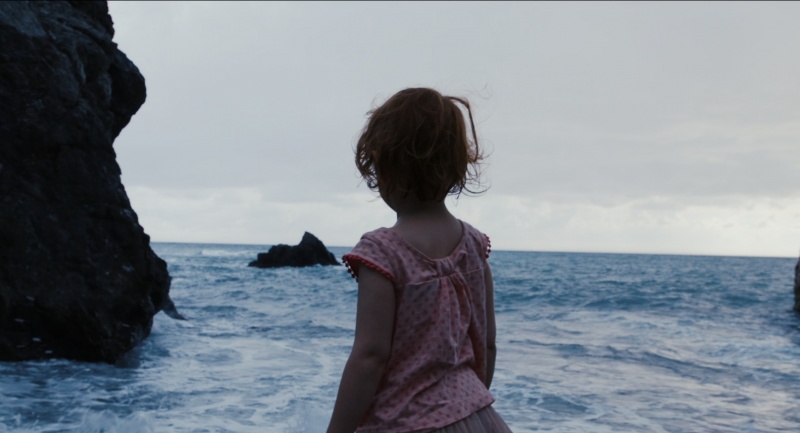 …it was a very intuitive process and felt right from the first moment on.

Are you currently working on any new projects? What can we expect to see from you in the future?

I’m developing for a new feature film– but the writing process takes time. In the meantime, I direct episodes of TV series like Killing Eve and The Servant.

What kind of message do you hope viewers take away from Blue My Mind?

This story is about loving and respecting oneself, to go your own way, especially as a woman. To reconnect with your nature, with your fierceness. To free yourself from all the constraints of society, even if your body might not fit in. 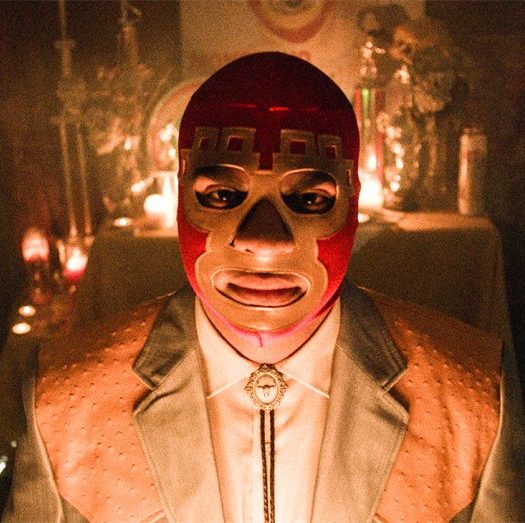