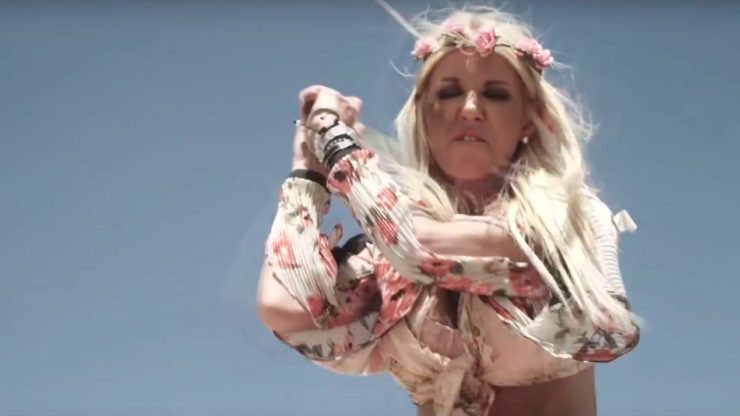 Cheese is often scoffed at—something that’s neither particularly filling nor nutritious—especially for the mind. But sometimes it doesn’t hurt to kick your feet up on the coffee table because you’re an adult, stick a hand down your pants Al Bundy style and devour all that cheesy goodness because one day you’ll be dead anyway so who cares? If you’re missing some delicious cheese from your diet, may I suggest a healthy helping of BUS PARTY TO HELL (PARTY BUS TO HELL? I don’t know, it’s listed at both and there are posters for both titles so pick your poison. Changing the title doesn’t change the movie).

SHARKNADO superstar Tara Reid stars alongside Devanny Pinn, Sadie Katz and Elissa Dowling in a movie about a party bus—full of “young” adults—heading to Burning Man that breaks down in the desert among a group of Satanic worshippers. If it sounds ridiculous, just watch the trailer below. There’s a mummy, bat-like humanoid, which bursts through the floor of the party bus while someone is on the toilet, and a CONAN THE BARBARIAN (2011 remake) extra.

BUS PARTY TO HELL looks ridiculous. No, it won’t be in the running for movie of the year, but that doesn’t mean it doesn’t look like a good time—even if you decide to hate-watch it. The movie is written and directed by Rolfe Kanefsky. IMDB says the movie hits theaters April 16. Get those stretchy pants ready; you’re gonna need them. Just don’t put your hands down your pants at the theater. People may get the wrong impression.

When a party bus on its way to Burning Man filled with a bunch of sexy young adults breaks down in the desert and in the middle of a group of Satanic worshippers, all hell literally breaks loose. A massacre leaves seven survivors trapped on the bus, fighting for their lives while wondering if someone or someones are not what they seem. 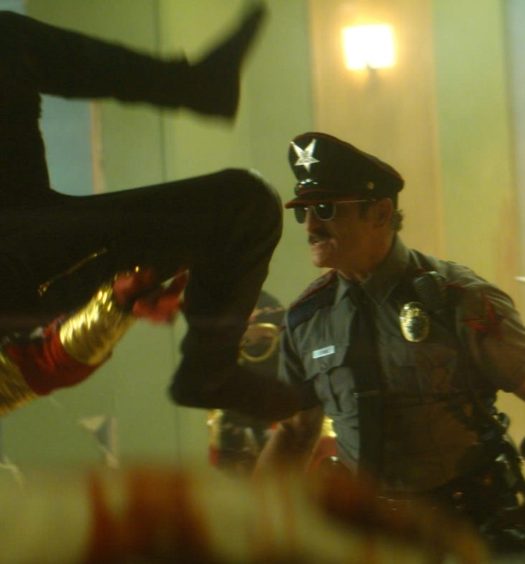 ‘Officer Downe’ Brings Out the Big Guns in New Clip 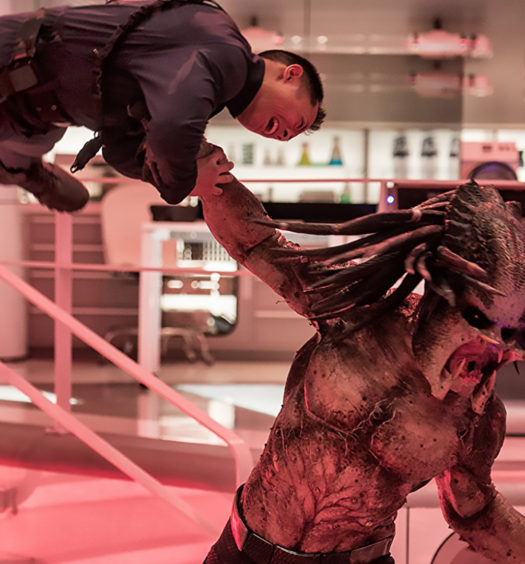