‘Cabin Fever’ Remake Gets a Trailer

I’m sure the headline alone has you up in arms, but take a deep breath and hear me out.  Yes, Eli Roth’s 2002 beloved horror darling has been remade. However, did you know that Eli Roth himself is serving as executive producer?  Did you know that Travis Zariwny, known for art and production design work on fan favorites Behind the Mask: The Rise of Leslie Vernon and Digging Up The Marrow, directed the remake?  These both seem like positive signs.

Of course, when you watch the trailer below you may find some striking similarities to the film that launched Roth’s directorial career.  This is because the remake is using the original script.  Per Roth, despite the source material being the same, Zariwny has made some clever choices with the script that will keep us guessing. The trailer wisely opts not to reveal those changes.

We don’t have long to wait: IFC Midnight is releasing the film in theaters and VOD on February 12th, just in time to woo your Valentine’s date.

Plot Synopsis
This story is familiar: fresh out of college, a group of five friends retreat to a remote cabin in the woods for one last week of partying- only to become snacks for a gruesome, flesh-eating virus. What’s surprising are the ingenious new deaths, which offer a fresh spin on a horror-comedy milestone. 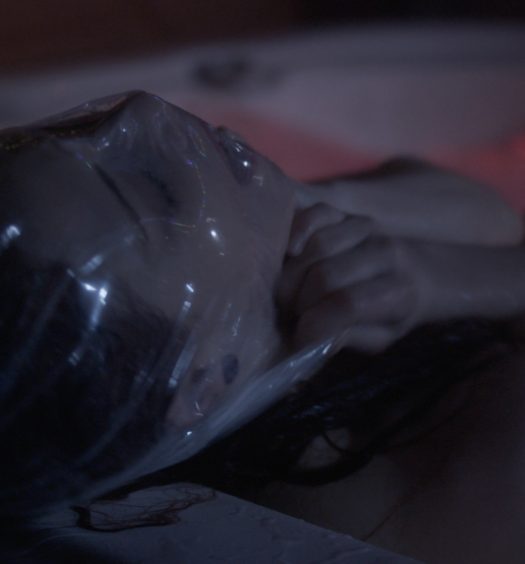 The Red Band Trailer for Felt is Ominous