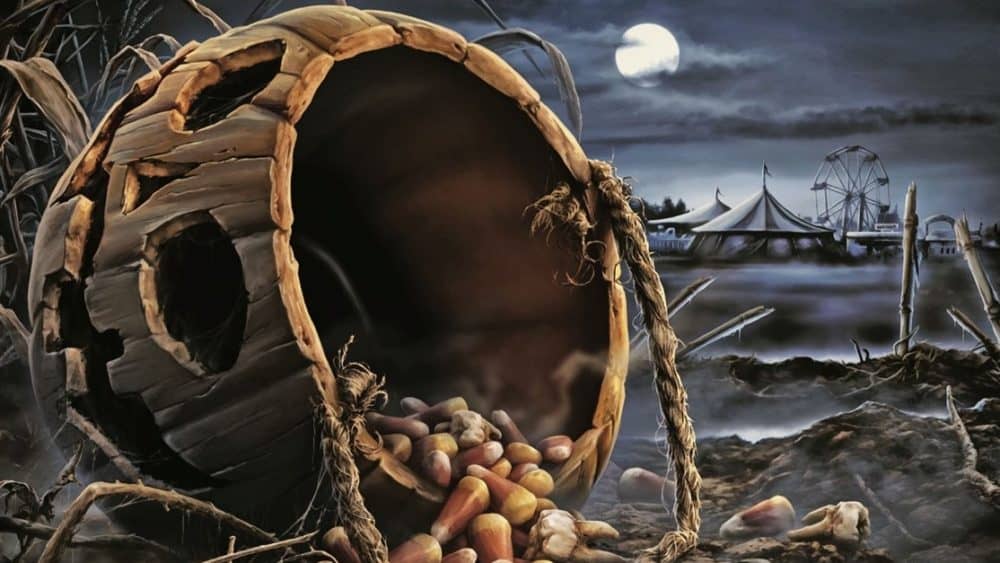 ‘Candy Corn’ Brings Fun For All With Freaks, Nostalgia, And Scary Treats [Review]

“Trick or Treat” is a menacing threat when you think about it. The Halloween ultimatum seems silly, the initial verse of a childish rhyme conjuring an evening of pumpkins, costumes, and candy. If we really look at the verbiage combined with what the night truly brings about we’ll find a more sinister meaning, one celebrating debauchery, spooks, and pranks. Halloween can bring a night of treats for most, but for some it is an evening of tricks. Josh Hasty’s Candy Corn brandishes a name dripping in seasonal sweetness, but its vicious bite transitions the annual event into a mouthful of delicious darkness.

“Let’s Give These Freaks A Show”

Hasty’s Candy Corn bleeds authenticity and wraps itself within a savagely saccharine holiday story. Bullies Mike, Bobby, Steve, and Gus have graduated from egging houses to hazing the town outcast, Jacob Atkins, on Halloween while he works in the traveling carnival that has come to their sleepy town of Grove Hill. Dr. Death and his believable band of misfits set up shop to draw in the local crowd with promising sideshow entertainment. When the hazing goes one step too far, Dr. Death gives Jacob another chance at life and another chance to get back at those who wronged him.

Josh Hasty has given us what we’ve been waiting for.

It’s immediately obvious that Candy Corn is the perfect addition to our Halloween film inventory and that’s even before the impressive title card appears. Nostalgic in tone and original in idea, Candy Corn embraces the spirit of the season and dares to refresh definitive themes. Hasty structures his direction in a particularly special combination of influence and creativity decorating Candy Corn in a moody, gritty vibe. Co-composed by Hasty and friend Michael Brooker, the variety of scores throughout the film are appropriately dreadful and unique, but formal in the sense of classic auditory horror. All of the film’s mechanics, from its narrative to its score, refer to the basics of horror, making Candy Corn an entertaining show fit for both modern audiences and seasoned horror fans.

Two major factors that are often lost when it comes to projecting artistic integrity in a horror film, especially an indie film, are dialogue and effects. If you are looking for the ultimate Halloween decor, then set designer Shawn McKinney is the man to look for. His display throughout each scene is desirable, reminiscent, and really added a leveled amount of fun to Candy Corn. Everything from the interior of Dr. Death’s caravan to the shots of the tell-tale candy corn bucket are excellent pieces of imagery I know I won’t soon forget. The representation of Halloween holiday nostalgia in Candy Corn is absolutely delicious.

If Candy Corn prides itself on anything it should be its ability to draw viewers into the sweetest and simultaneously darkest nostalgia of the Halloween season.

If you think you have the players and their tropes figured out, think again. Candy Corn’s storyline seems predictable at first, but when you see that no one is safe from Jacob’s wrath you’ll be shocked by the effortless brilliance in the writing. With effects by David Hartman, Candy Corn is a visual treat in more ways than one. The kills are serious, not drenched in humor or unnecessary, cheesy comedy as we’re used to seeing in big budget and low budget films. The dialogue does find some relief with good, witty lines, especially those coming from Pancho Moler. The grisly nature of the kill scenes as well as the level of gore is so expertly restrained you would think Hasty had been directing for decades. There is practiced control which makes Candy Corn a timeless volume of content that you can easily revisit each year.

One of the things that Candy Corn does with such heart is honor a sense of community. The punishment of those who are different combined with a familiar small town feel balances a deeper meaning with a very organic narrative. Tradition and progression efficiently work together to move a mean, but enjoyable plot forward. Hasty’s story is a vicious one, but never reaches further than where the audience is willing to go. There is nothing hiding behind the curtains of this sideshow, a real testament to the film’s transparency.

All of the film’s mechanics, from its narrative to its score, refer to the basics of horror making Candy Corn an entertaining show fit for both modern audiences and seasoned horror fans.

Hasty’s ability to craft an old school, seasonally heavy slasher is articulated by the artists he’s immersed himself in. Rather than priding his work on abject borrowing, Hasty channels an appreciated influence to make his mark. This is a confident and fun film, utilizing the conventions of good old-fashioned horror, all the while adding an innovative edge. Candy Corn is one of those films that respects inspiration, but expertly uses it to carve its own initials in the pulpy flesh of the horror genre. It is the epitome of cult classic material.

If Candy Corn prides itself on anything it should be its ability to draw viewers into the sweetest and simultaneously darkest nostalgia of the Halloween season. Knowing the end result already inhibits a tempered balance of influence and inspiration, Candy Corn assures me that another talented and visionary presence has entered the world of filmmaking and it speaks for all of the true horror fans out there. Josh Hasty has given us what we’ve been waiting for.

‘Candy Corn’ Brings Fun For All With Freaks, Nostalgia, And Scary Treats [Review] 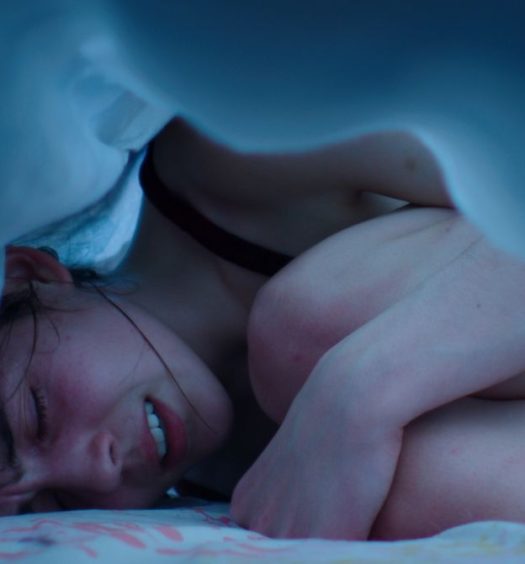