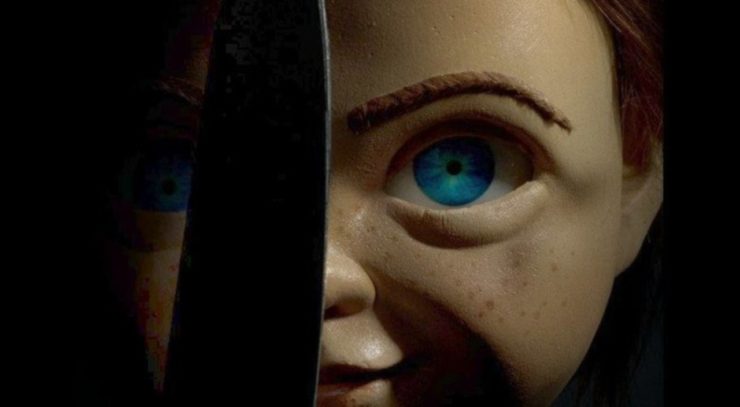 Just like many of you, I grew up watching Horror films. My grandmother would take my older brother and I to the video store so she could (super illegally) copy our favorite selections to another VCR. She had shelves and shelves of tapes in her home–some with 3 or 4 films squeezed onto them. She was a pioneer in that regard, I suppose. We would digest dozens of old school fright flicks in a single weekend. From Motel Hell, to Hitchcock highlights, and everything in between–I was hooked. But, also like many of you, I had a particular interest in genre staples such as Halloween, Friday the 13th, and Child’s Play.

Child’s Play might stick out the most. It was one of my mom’s favorites, so I found myself sitting in front of it every time it came on TV or a new franchise entry hit theaters. But over the years, I found myself less and less interested. The Child’s Play movies went from charming terror to lowbrow schlock. That’s not to say I didn’t have fun with Bride of Chucky at the time, but I remember thinking I had outgrown the humor by the time Seed of Chucky hit cinemas. I was 17. You can imagine how I feel about them both at 31. 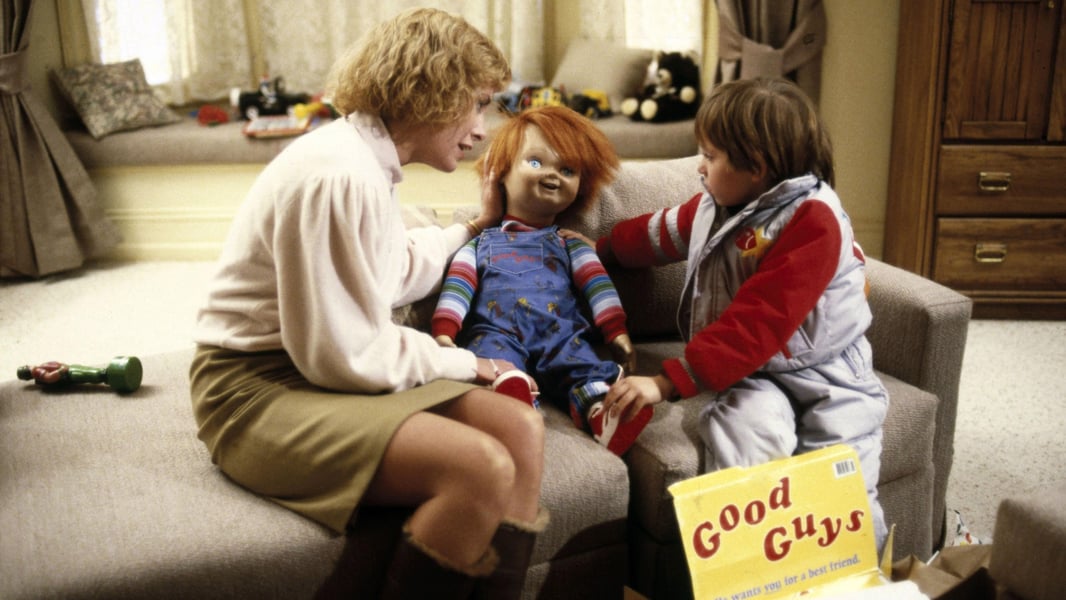 After Cult of Chucky failed to capitalize on the successes of Curse of Chucky, I found myself with a sense of relief when Orion Pictures and MGM announced a 2019 reboot. But then things got complicated. Here’s the good, the bad, and the ugly.

At this point, the Child’s Play timeline is nearly as borked as the Saw franchise’s. Any time you start injecting new material between existing films in the horrorsphere, it typically doesn’t end well. A reboot affords the filmmakers an opportunity to get back to the basics–something that even the most hardcore of fans have been clamoring for for years. But a fresh timeline isn’t the only benefit.

While many may be unfamiliar with Lars Klevberg, Orion and MGM were wise to bring him on board as director. I, frankly, don’t expect much from his Polaroid feature adaptation, but having seen his original short that it was based on, I trust and believe that the guy is talented. Another benefit is the way in which you’ll be able to enjoy Klevberg’s vision. As much as I admire and respect what Don Mancini has done up to this point, there’s very little chance that you’ll ever see a new Mancini Child’s Play film in a theater outside of film festivals. The reboot will be released theatrically nationwide in, what I can only imagine will be, eye-popping resolution with masterfully crafted audio. 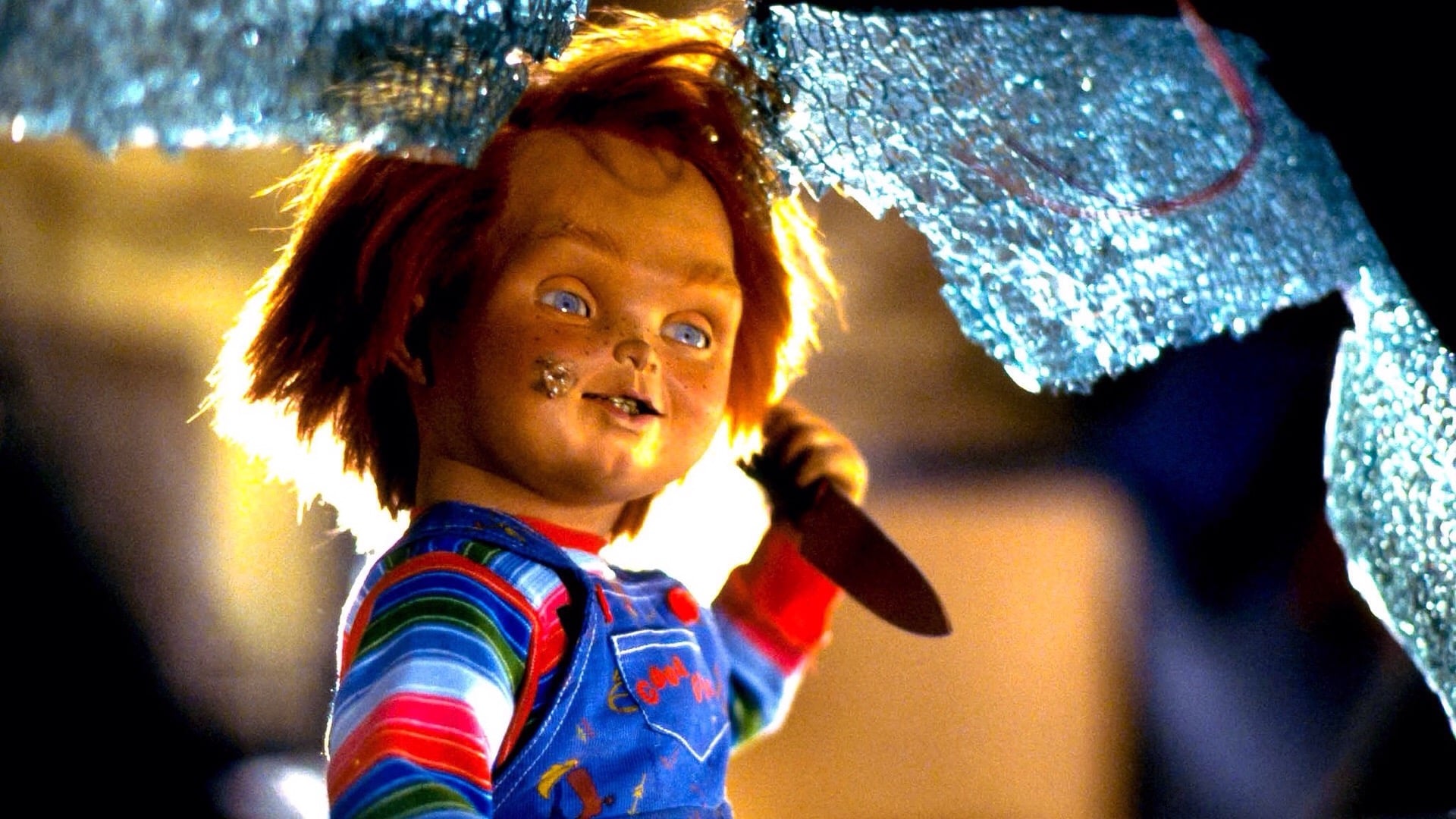 A reboot affords the filmmakers an opportunity to get back to the basics–something that even the most hardcore of fans have been clamoring for for years.

Lastly, I’ve spoken to a handful of people close to the production, and there seems to be a genuine excitement and adoration for what they’ve created. They’re said to have paid homage to the original film while creating something fresh and unexpected. And for those fearsome of sketchy CGI, I’ve been assured that an animatronic doll is being used.

Speaking of Don Mancini, he’s not around for this one. And while I have no issue with that from a business perspective, moving forward without him was a bad first impression for many existing fans. But Mancini isn’t the only franchise staple that’s missing.

Long time Good Guy and everyone’s friend until the end, Brad Douriff, is also missing from the 2019 release. While mainstream fans might not know the names of either omission, everyone will notice the absence of Douriff’s unmistakable voice. Chucky has never existed without him on screen, so for a lot of fans, that alone means this isn’t a Chucky movie–and that’s probably the point. I’m not certain, but I wouldn’t be surprised if “Chucky” fails to exist at all in the reboot. There’s obviously still a doll, but with the plot of the reboot revolving around a modern-day hi-tech version of the Good Guy Doll, there’s no Charles Lee Ray. 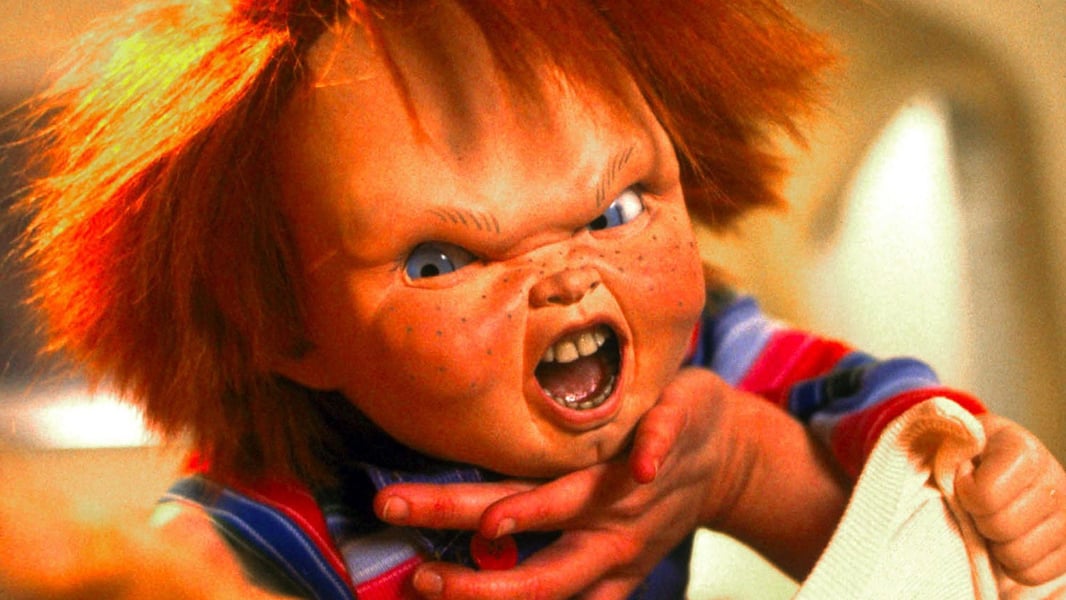 While mainstream fans might not know the names of either omission, everyone will notice the absence of Douriff’s unmistakable voice.

I’ve already gone on record as being pro-reboot on this one, but even I’m not thrilled about the recently released poster for the film. It’s not poorly done, but the spelling of “Buddi” does leave me slightly concerned. Shoehorning “i” into your product name is a stupid thing to do in real life, and it’s a stupid thing to do in movies too. That said, it IS something that companies do all the time which, in turn, makes this feel completely believable if nothing else. The “smart” capabilities on the side of the box are a nice touch as well. I’m sure those will get plenty of use in the film–for better or worse.

I suppose we’re entering backhanded compliment territory here, but while the reboot gets a chance to start fresh with a clear timeline, it only further complicates that of the original franchise. If Mancini’s films were retired at this point, we may be having a different conversation. The fact is, a new film was released last year and a TV series is already on the way with the original team. It’s unclear just how impactful this will be with moviegoers, but what’s clear is that Child’s Play and “Chucky”, after being synonymous for years, now mean two very different things. 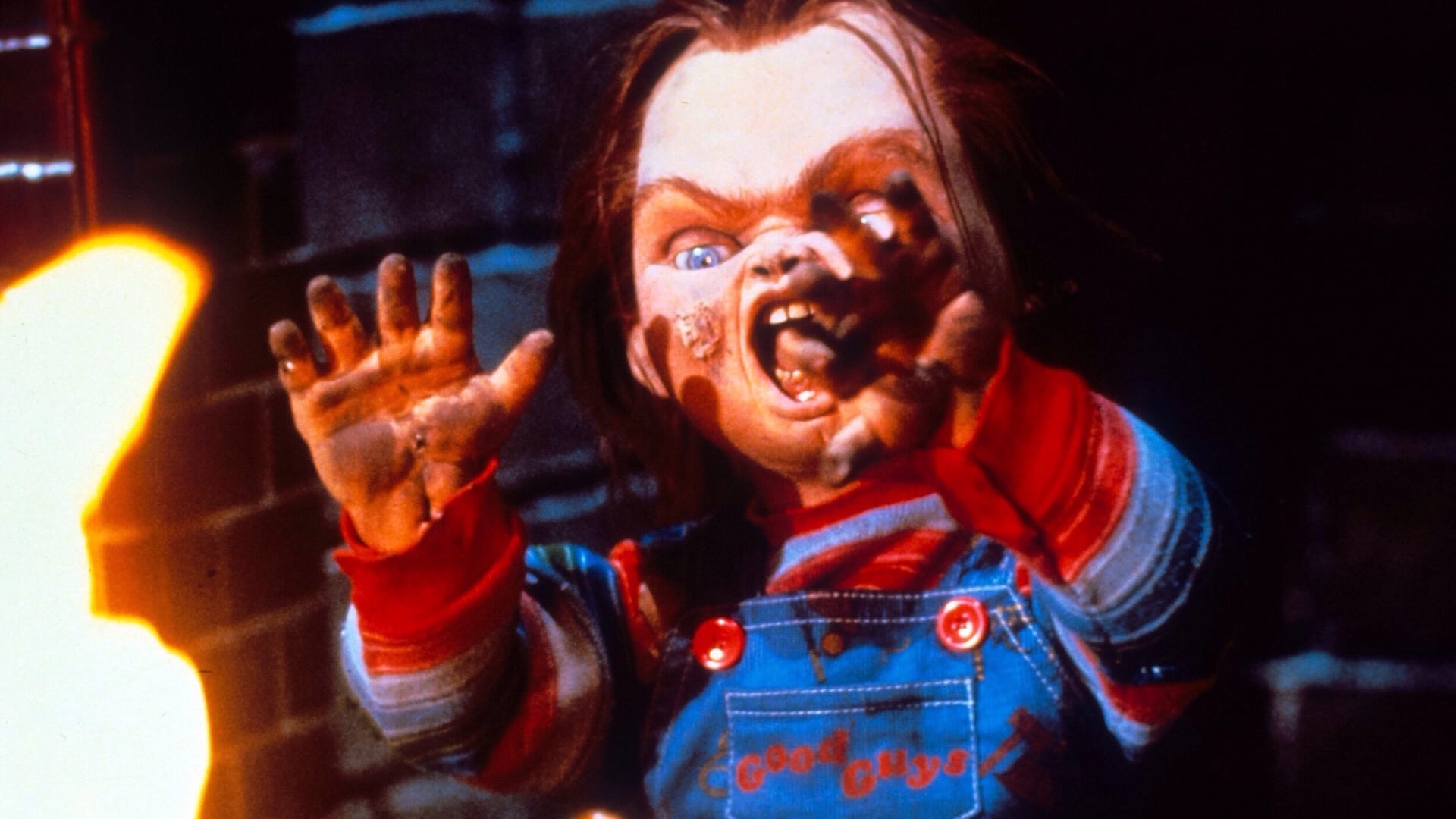 While the reboot gets a chance to start fresh with a clear timeline, it only further complicates that of the original franchise.

Child’s Play hits theaters on June 21, 2019. Hopefully the Christmas season will gift us our first teaser footage later this year. Until then, I’ll be over here being cautiously optimistic.

A mother gives her son a toy doll for his birthday, unaware of its more sinister nature. 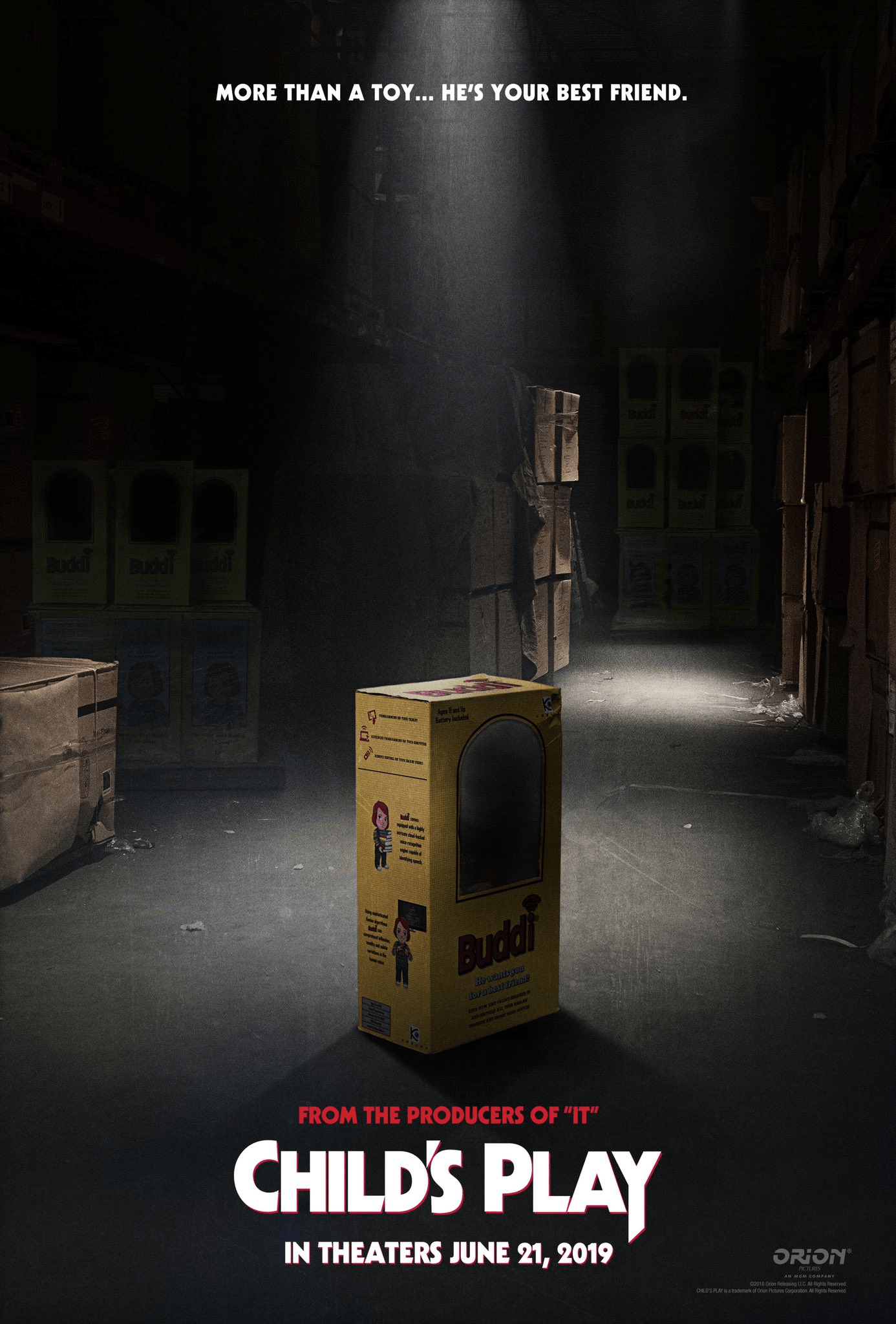 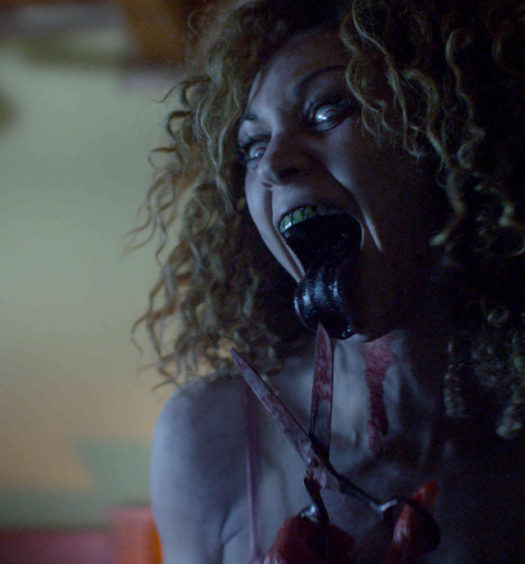 New Trailer for ‘Bornless Ones’ has Familiar Potential

Read More
New Trailer for ‘Bornless Ones’ has Familiar Potential 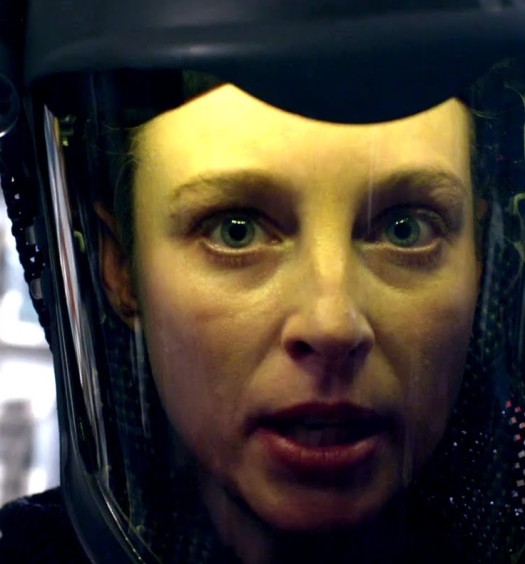