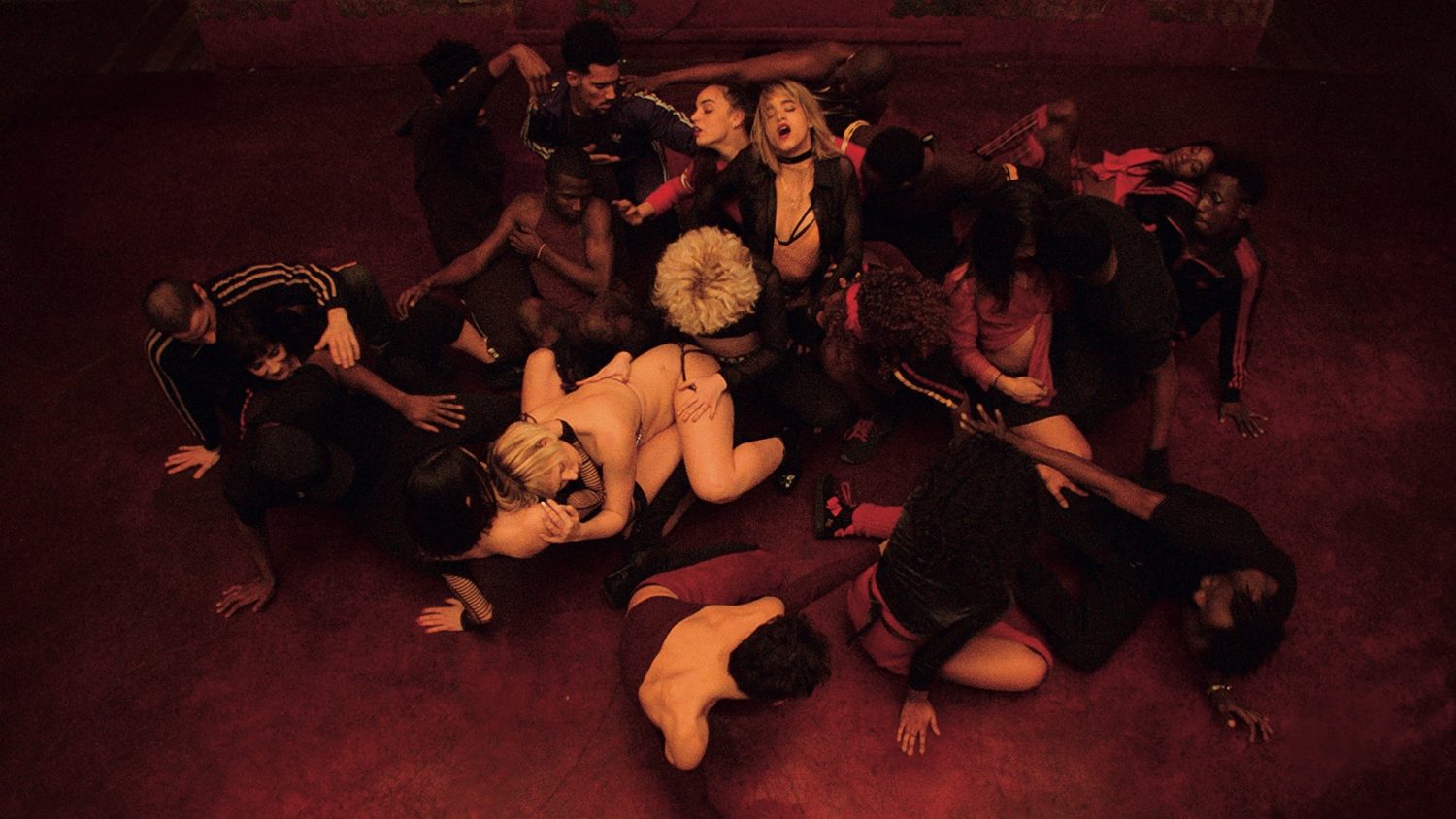 There’s a moment halfway through Climax—the turning point of the film, essentially—where a DJ fires up his crew of dancers with a patriotic plea: “This is for France, Guys! Let’s slaughter those Yanks! This is war!”

Gaspar Noé may not be trying to antagonize American viewers with this proclamation, exactly. But he is issuing a challenge of sorts. As a name brand provocateur, he wears his polarizing reputation as a badge of honor. (Just look at the poster.)

With Climax, Noé delivers two films in one: A breezy, mesmerizing dance montage with an interlude of frenetic dialogue, followed by a drugged-out nightmare in real time. And while neither half is all that incendiary, they pull off complementary feats through stylish presentation and seamless theatre.

Nothing scary in the first half, but it’s clear that this cast can dance. Combined with the pulsing soundtrack, it’s almost hypnotic.

Horror fans in particular will have to be patient with Climax because, well, every good climax needs to be built up, right? Noé chooses to set the mood with visuals and choreography rather than character development, and for good reason—there are roughly 20 characters in the ensemble, and it’s easy to forget who half of them are (even with names like Psyché, Daddy, Rocket, and Gazelle).

The film begins with a series of Real World-style interview clips seen through the frame of a modest television set lined with books and videotapes. (This is 1996, after all.) Then we’re transported to the film’s single location for a long take of frenzied movements, followed soon after by another lengthy performance scene (this time from a bird’s eye view and compacted into a dance circle). Nothing scary here, but it’s clear that this cast can dance. Combined with the pulsing soundtrack, it’s almost hypnotic.

And then it becomes something completely different. Noé all but gives the viewer an intermission at the halfway point, shuffling once more through the credits of his stars and his soundtrack, this time in large, neon typography.

There are no monsters, no supernatural forces, no masked men out to get these people—they’re wrestling with something that’s been unwillingly put inside them.

From here, we descend into the horror half of Climax with nothing but a simple setup to kick things off: The dance troupe realizes all at once that their sangria has been spiked with LSD, and their party quickly turns from euphoric to harrowing as they struggle to not lose their minds (and, in some cases, lose their lives).

Thus unfolds a particular kind of terror. There are no monsters, no supernatural forces, no masked men out to get these people—they’re wrestling with something that’s been unwillingly put inside them, coupled with the paralyzing sensation of losing control.

That’s what makes Noé’s decision to present this half of the film in a (mostly) single, unbroken shot so smart and effective. By following one character after another as they deal with their hallucinatory crisis, all unfolding naturally, the viewer is subjected to that vicarious experience. The tension builds for the afflicted just as it does for the audience, blurring the fourth wall with vivid and delirious imagery (especially as the action goes upside down in the blood-red final minutes).

By following one character after another as they deal with their hallucinatory crisis, the viewer is subjected vicariously.

Climax, as we’re told at the outset, is “based on real events that happened in France in winter 1996.” This presents quite the playground for Noé to bend the rules of creative nonfiction, emphasizing experience over story to craft his own interpretation of what went through the minds of this drug-induced dance troupe.

Of course, this premise also gives Noé another excuse to make his audience uncomfortable. It’s certainly not a film for everyone, but if you’re tall enough to ride the ride, it’s a disconnected but vibrant journey to behold.

Thanks to equal doses of hypnotic choreography and drugged-out terror, ‘Climax’ provides a visually engrossing journey for those willing to take the leap. 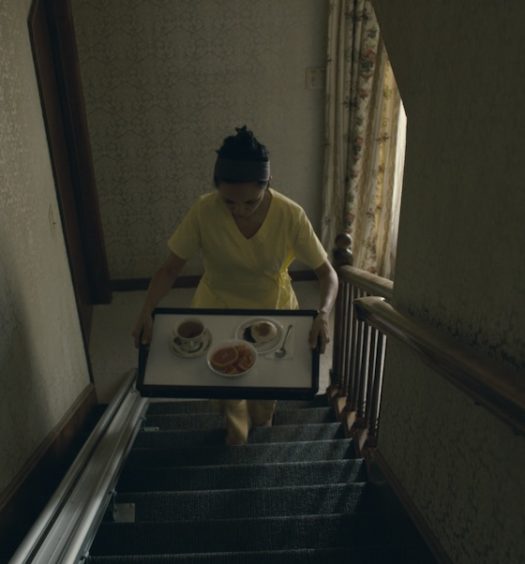 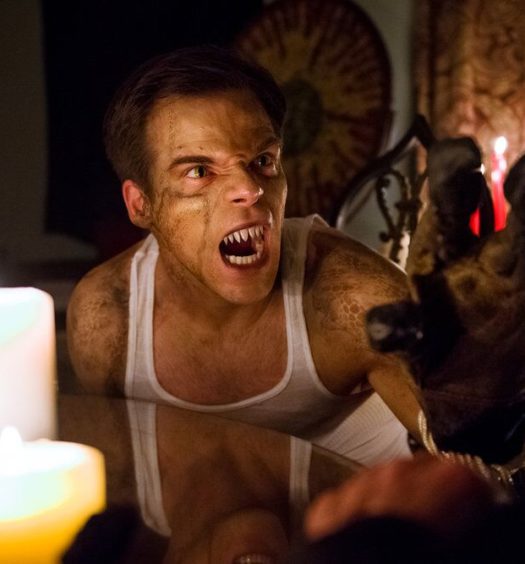 Is ‘The VelociPastor’ Dino-Mite or A Tyrannosaurus Wreck? [Revi...

Read More
Is ‘The VelociPastor’ Dino-Mite or A Tyrannosaurus Wreck? [Review]
Comments
Submit a Comment