Verdugo Entertainment and MVD Entertainment group show us that preserving under radar films is at the top of their priority list with their new release of Alan Stewart’s (Action U.S.A.) 1987 horror/western Ghost Riders.  This is a film that has not been given a bluray or even DVD release until now, and personally that is an extremely exciting sales point in 2022.  Will this be your next uncovered gem to bring up at a party?  Let’s break this release down even further. 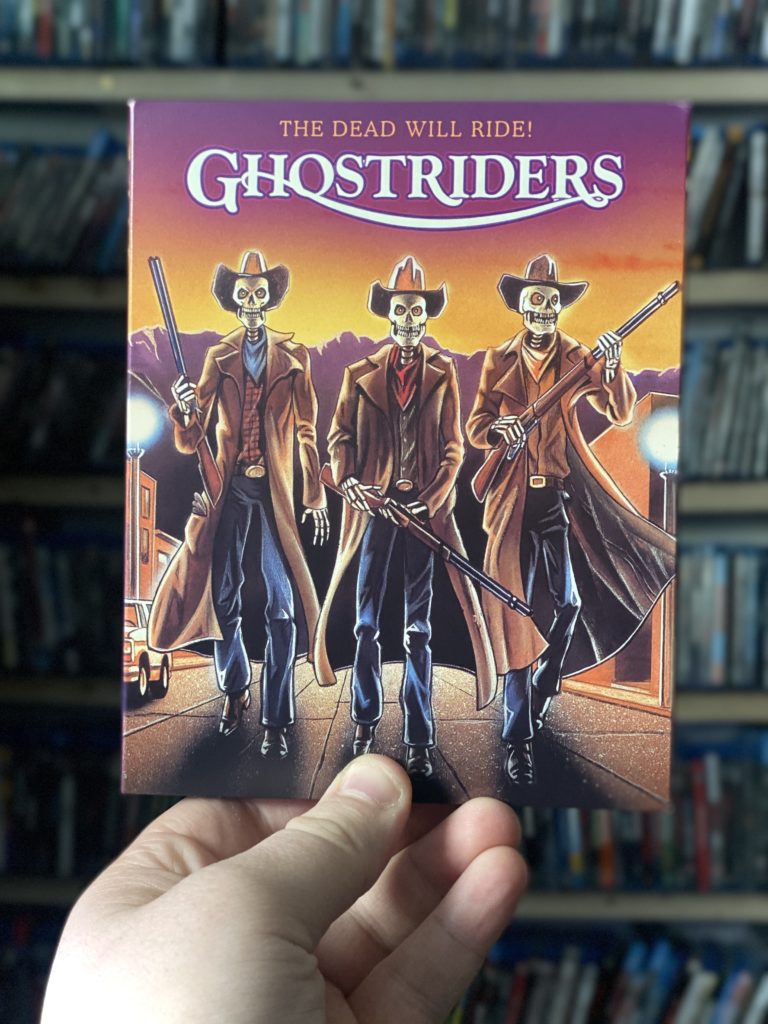 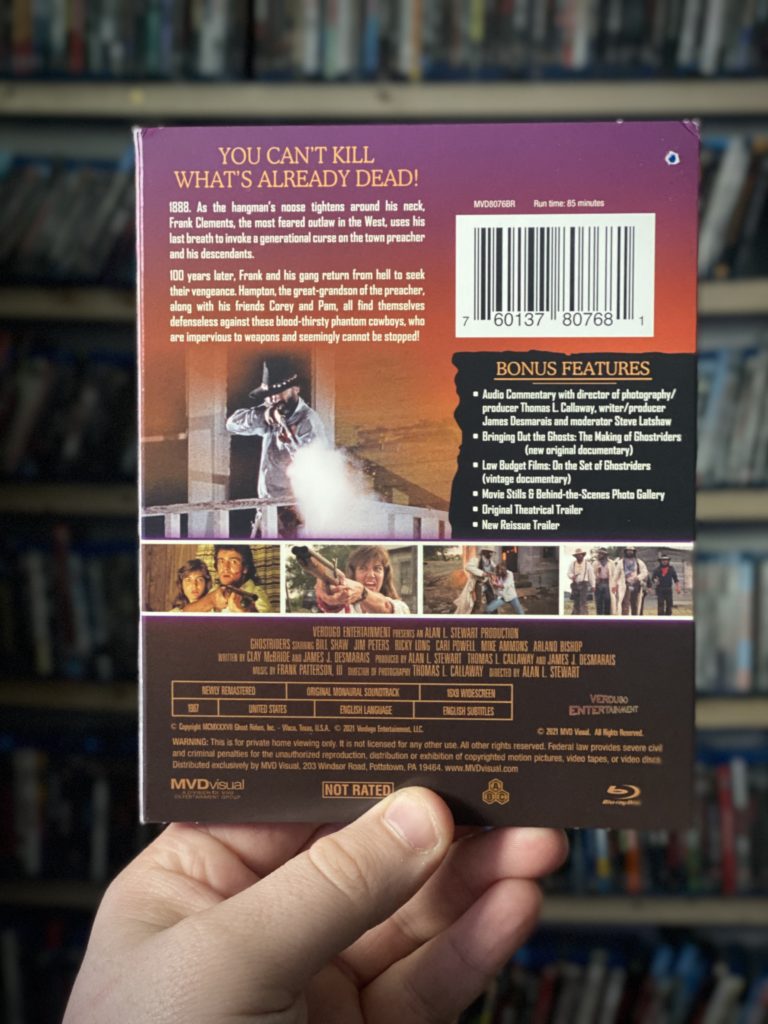 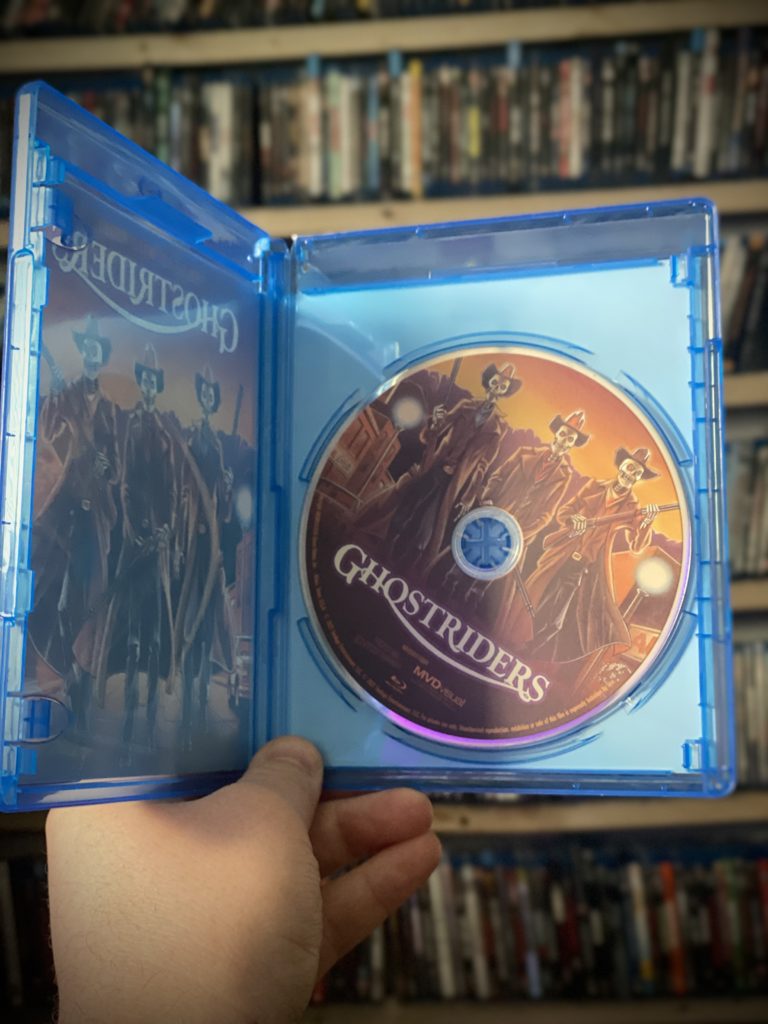 Packaging is simple but aesthetically pleasing, especially with newly designed artwork and a slipcover to accompany it.  Under the slipcover we have a standard, 1-disc bluray softcase with no reversible cover art.  No supplements with this one as it is a pretty standard release.  My only negatives with the packaging is that I would have loved to have a reversible cover slip, as I personally didn’t love the artwork for the new release.  I thought the art is misleading for the actual film and didn’t personally like the animated design approach.  Having a separate art option here would have been preferred.  However, adding that little bit more detail in the packaging, increases costs of distribution, and for a film that has never been released on the past two most prevalent physical media formats, it probably didn’t make sense for this release.

Given that this is the first time this movie is being presented in bluray, I am not sure what this AV restoration process looked like.  Therefore I don’t want to be too harsh on my review given that there might have been very limited material.  However, I did find this audio mix to be pretty muddy and unclear.  All the vocals seem way farther away than they should be, and overall it just has a very clouded tone to it.  I do hope that if there are subsequent releases in the future, that this can be rectified because I do feel like it would increase the experience quite a bit.

Taking the same disclaimer as I wrote in the audio review and applying it here, I truly don’t know much about what materials were used in the restoration, so I can’t speculate a lot about the process.  What I can say is that this visual was good in some scenes, and lacked in others.  The colors felt natural and and the grain really added to the feeling of the film, however I would liked to have seen a bit more removal of scratches and little artifacts throughout the print, as well as a boost in overall clarity as I felt there were a lot of soft moments throughout.

Overall it is really hard not to be excited that we have a copy of this film on bluray.  The film itself is very fun and the characters and acting of said characters is really well done in my opinion.  I do think there is room for future improvements when it comes to audio and video, but for now I think this is a great release as part of your MVD Visuals collection, and a very fun movie if you enjoy mixing some ghosts into your westerns. 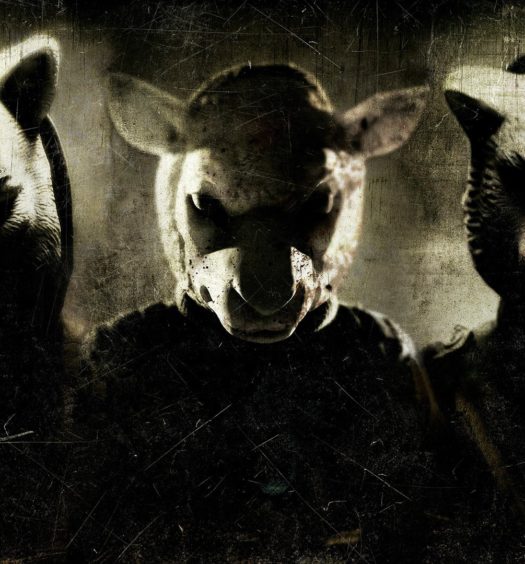