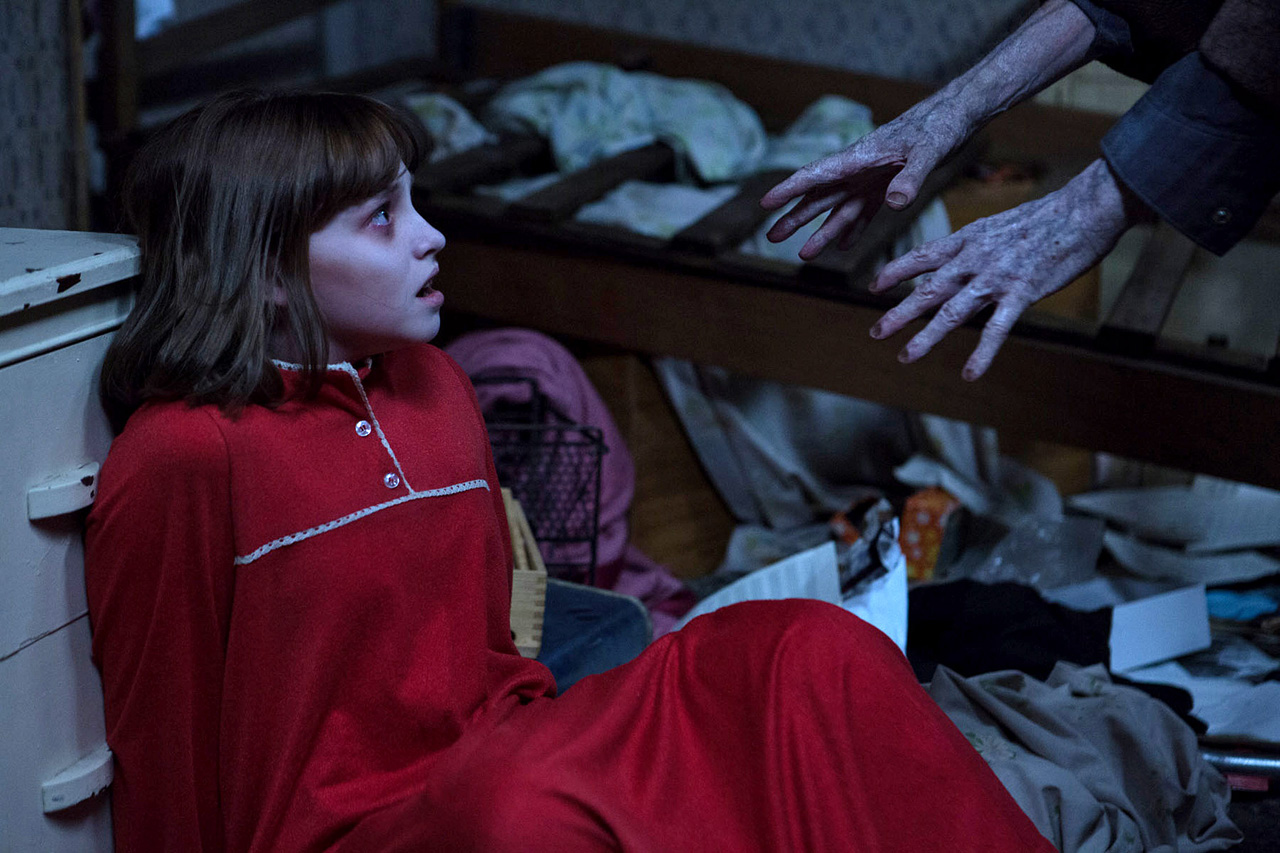 Three summers ago, James Wan cemented himself as a modern horror master by breathing new life into standard haunted fare.  His precision and skill when crafting horror impressively becomes more improved with every genre film he touches.  From Saw to Insidious, and now The Conjuring series, Wan takes lessons from each and hones in on the pulse of the audience.  So while it’s no surprise, it’s an absolute thrill to watch The Conjuring 2 surpass its predecessor.

This outing opens precisely where you’d expect based on where the previous film left off; with Lorraine and Ed Warren investigating Long Island’s most infamous of haunted houses in Amityville.  Enough information is given to provide backstory on the house, if you happen to be unfamiliar, but the well explored case takes a backseat to setting up the overarching theme of the film.  The Amityville case is what thrust the Warrens into the spotlight, and complements the case that provides the film’s focal point; the Enfield haunting.

Wan knows how to time the scares perfectly to build maximum tension.

Across the pond in Enfield, London, single mother Peggy Hodgson is at her rope’s end trying to keep her and her four children afloat in their ramshackle home.  As if life isn’t tough enough, the home is plagued by a very malicious spirit, and isn’t shy about making their presence known.  As a result, their haunting stirs up such media frenzy that the church won’t go anywhere near it.  Thus, they send the Warrens in their stead to investigate.

Both the Amityville and Enfield hauntings are possibly the most documented cases, and have faced an abundance of criticism for being hoaxes.  As have the real life Warrens.  Writers Carey Hayes, Chad Hayes, and James Wan embrace this fully and address both skeptics and believers alike. Regardless of the true nature of the case, the writers ask their audience to take a leap of faith and simply enjoy the spine-tingling ride Wan has in store.

And terrifying it is.  While the haunting and inevitable possession story hit familiar beats, Wan still keeps you on the edge of your seat with his deft ability to manipulate the audience. More than sound design and signature tracking shot, Wan knows how to time the scares perfectly to build maximum tension. He also knows when to offer levity to deflate just a bit of that tension before building it back up again.  Perhaps most thrilling of all, though, is his visual design and energy.  Wan has always had a knack for creating unique and creepy entities, but he really outdoes himself here.  One physical manifestation is so shocking and creative that it threatens to steal the show.  If anything were to inspire a product line for the film, it would be this entity.

Wan has always had a knack for creating unique and creepy entities, but he really outdoes himself here.

The true weapon in this nonstop spookfest, however, is the tour de force that is Vera Farmiga and Patrick Wilson. The sequel doesn’t have to bother with introductions and is free to delve into their characters further.  As with the previous entry, Ed and Lorraine’s relationship provides the emotional center of the narrative.  The toll Lorraine’s gift takes on her is explored more fully, as is Ed’s brash instinct to protect.  Farmiga’s fierceness that she brings to Lorraine, though, is a marvel. It’s through these characters that the stakes are raised higher and that keeps audiences invested in the story.

Wan doesn’t change the formula that worked so well before.  It follows similar plot points as many tried-and-true possession and haunted house films before it.  Despite this, James Wan still manages to keep you on your toes. He succeeds where so many sequels fail; he takes everything that worked well with the first film and ups the ante.  He gives us more.  Higher stakes, more exploration of our beloved characters, more story, and more scares.  So many more scares.  I found my palms sweaty and goosebumps all over throughout, and a big smile plastered on my face once the end credits started to roll.  If you aren’t a fan of The Conjuring, then this film isn’t going to change your mind.  But for those that do, prepare to be thrilled for the rare sequel that exceeds expectations. 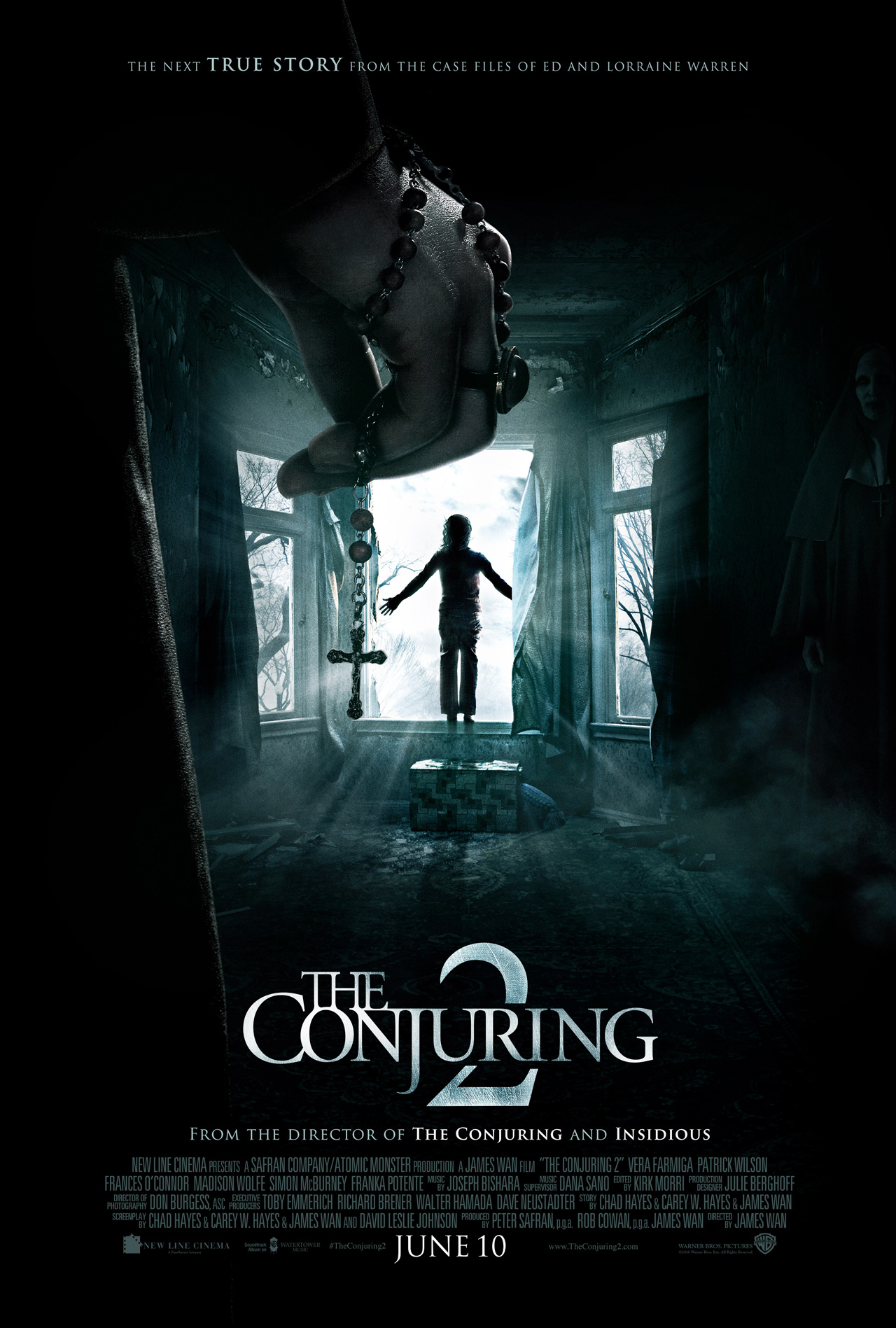 While the narrative retains familiar beats of the previous film, James Wan still keeps you on your toes by giving more. Higher stakes, more exploration of our beloved characters, more story, and more scares.  So many more scares. 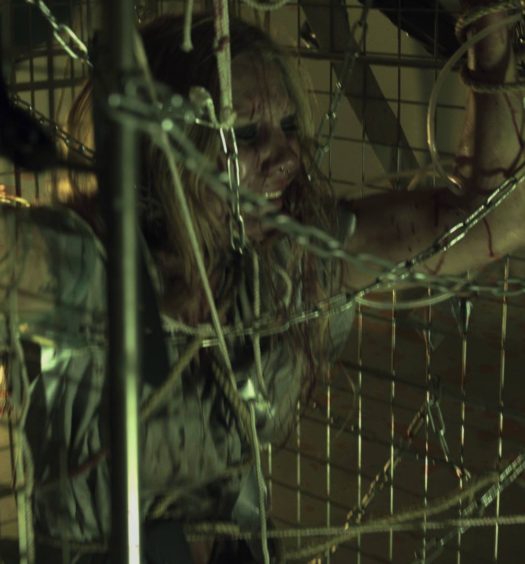 Your Flesh, Your Curse [Review] 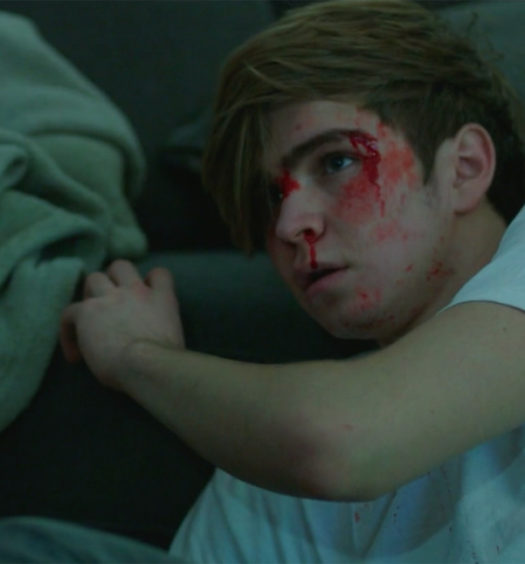 The Modern Horrors Podcast EP 112: What the Del (Playa)