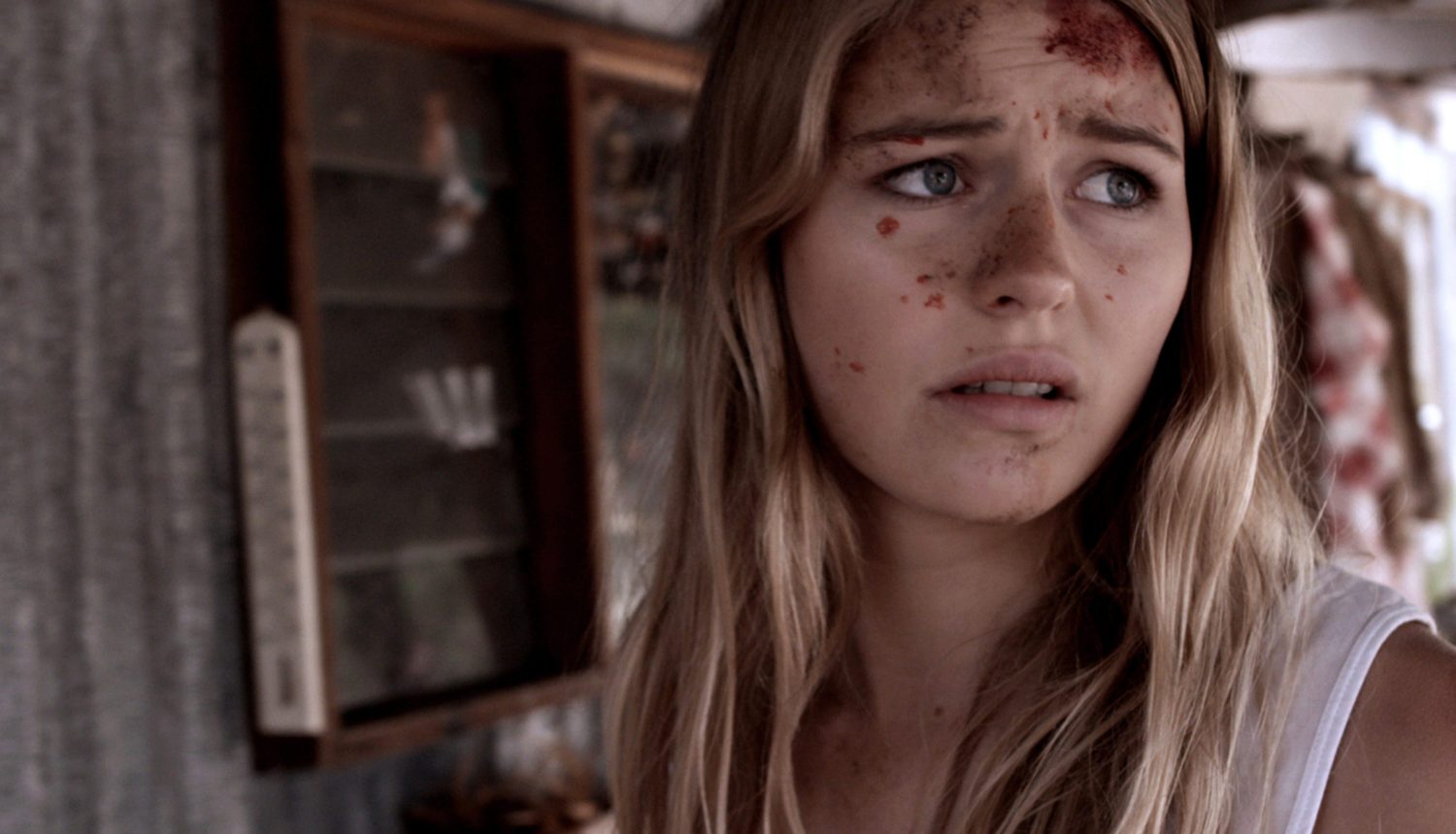 Deadhouse Films Wants You To Embrace Your ‘Inner Demon’

Ursula Dabrowsky’s Inner Demon comes to us from Australia where it has been hitting the festivals and getting some really positive reviews.  For a low budget film, a lot of the blood and effects in the trailer look pretty awesome.  Inner Demon stars Sarah Jeavons in what looks to be her debut.  You can check this one out in November 19th and based on the trailer you aren’t going to want to miss this one.

The nightmarish horror of the year – directed by Australia’s own Ursula Dabrowsky – will be unleased from hell on November 19 2015 and available exclusively online for $16.99AU (bundle includes soundtrack and behind the scenes content) via www.deadhousefilms.com

With 18 minutes of behind the scenes material released today on www.deadhousefilms.com which includes interviews with cast and the predominately female crew that are carving out a name for themselves in the horror genre the feature film tells the nightmarish tale of a teenage girl Sam (Sarah Jeavons) who is abducted by a serial killer couple.

Sam manages to escape and find refuge in an isolated farmhouse, only to discover it is home to greater terrors and a malevolent spirit.  Hiding in a cupboard, bleeding to death, and waiting for her chance to escape, Sam is propelled into a struggle for survival, one that will push her to the limits not only physically and emotionally, but spiritually.

Directed and co-produced by South Australia’s Ursula Dabrowsky and produced by a predominately female team including Julie Byrne part of the producing team on The Babadook Inner Demonhas racked up international praise at festivals in Los Angeles, London and Spain.

“I am thrilled to be releasing my second film, Inner Demon.  Intended to be a follow up to my first film Family Demons, it is a nightmarish survival tale of a young girl that is trapped and must find a way out of an emotionally and physically terrifying situation.  Inner Demon gave me the opportunity to discover the incredible talent of Sarah Jeavons who is being hailed as one to watch and work with a remarkable crew made up of some of South Australia’s best in producing, design and sound.  I am grateful to the South Australian Film Corporation for creating such a fantastic opportunity like the FilmLab Initiative that supports the production of low budget feature films like Inner Demon.

FilmLab encourages filmmakers to push boundaries and think outside the box and I’m very proud of what we accomplished with Inner Demon” said Director and Co-Producer, Ursula Dabrowsky.

“I’m really proud to have been able to help Ursula get this film off the ground and onto the big screen.  She grows as a filmmaker with every film she makes and deserves her place amongst the few truly dedicated female writer/directors of horror around today” said Co-producer, Julie Byrne.

The 84 minute film was awarded ‘Best Australian Feature’, ‘Best Australian Director’ and ‘Best Female Performance’ at A Night of Horror International Film Festival in 2014 and has already received rave reviews including “Sarah Jeavons is a revelation” by Bryn Tilly, Cult Projections and dubbed a “chilling ride” from David Nolte of Crimson Celluloid.

Inner Demon was supported and developed through the South Australian Film Corporation’s FilmLab initiative.  FilmLab provided a professional and career development opportunity for South Australian filmmakers through an intensive and bespoke development program, culminating in the production of low budget feature films, with many going onto win awards and critical acclaim. 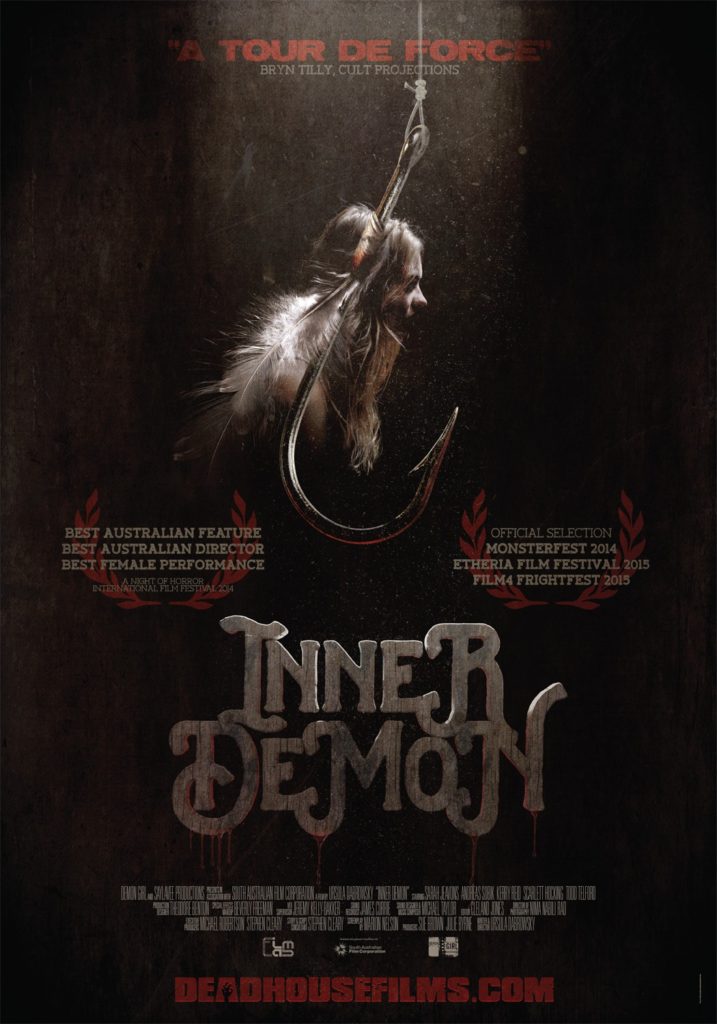 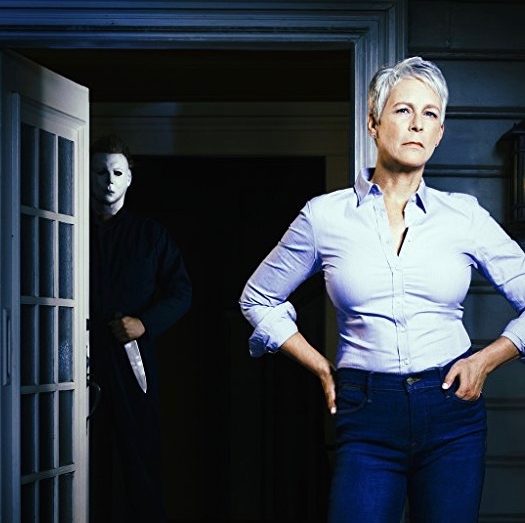 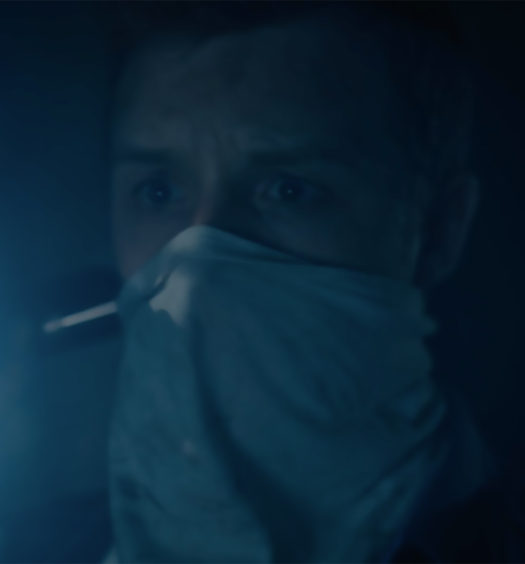