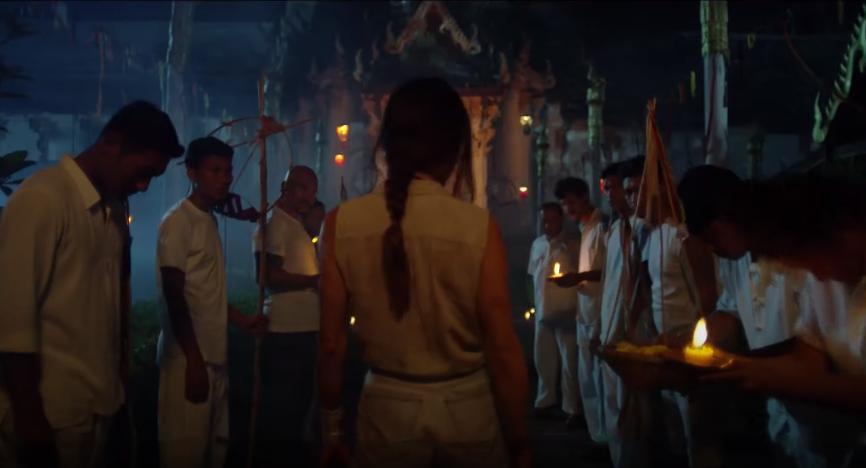 ‘Death of Me’ is reminiscent of classic folk-horror, while not living up to its antecedents

Director Darren Lynn Bousman’s latest, Death of Me, has at its heart a solid concept: take The Wicker Man, set it on an island off the coast of Thailand, add a sprinkling of Rosemary’s Baby and a twist of Mystics in Bali, and watch things get super-weird in this tale of two stranded tourists. Unfortunately, the end result is that Bousman’s film – from a script by Arli Margolis, James Morley III, and David Tish – only ever manages to remind you that you could be watching either of those three movies, instead of this one.

Death of Me starts out well, in medias res, as vacationing couple Christine (Maggie Q) and Neil (Luke Hemsworth) wake up up in their AirBnB, seemingly wrecked from the night before. However, before they–or we–get a chance to really notice the fact that Christine is bruised up, and that there is definitely a lot of blood all over the room, the couple is more focused on the fact that they’re late to catch the ferry back to the mainland.

It’s only when they get to the ferry dock and discover that Christine doesn’t have her passport that the pair return to their AirBnB and Neil starts going through his camera that they discover a two and a half hour long video of the previous night, wherein they drink something weird, Christine is given a necklace by the woman working at the bar, then Neil apparently strangles Christine to death and buries her in a hand-dug grave.

It is precisely at this point that the film goes off the rails. Rather than leaning into the strange, unknown festival occurring all over the island and that imagery, we’re tasked with a fairly standard mystery wherein Christine and Neil attempt to discover just what happened to them. Thankfully, they still have a place to stay, thanks to Samantha (Alex Essoe), who’s kind enough to let them continue staying at her home. 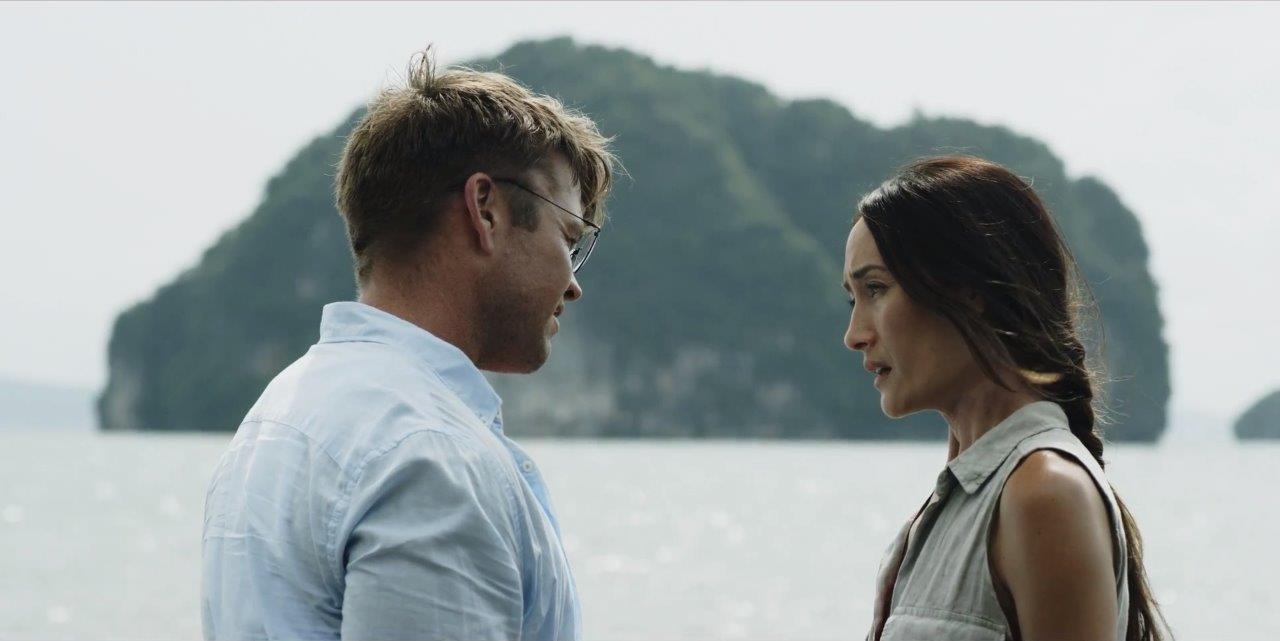 Rather than leaning into the strange, unknown festival occurring all over the island and that imagery, we’re tasked with a fairly standard mystery wherein Christine and Neil attempt to discover just what happened to them.

Everyone in Death of Me is too obviously evasive, with sidewise looks away from the couple any time the pair attempt to interrogate someone they think might have an inkling into their situation. Christine begins seeing visions, gets repeatedly attacked, and kidnapped, but at no point does there ever feel as though there’s any sort of tension or fear. She vomits up graveyard dirt at one point and pulls a stank out of her throat at another, but the constantly-shifting cast of characters and locations on the island never lets us get used to any one person or their motives before shuttling us off to another locale.

I’m curious as to how much this film was based on the appeal of getting to spend a month or so in an island paradise, as opposed to the appeal of the film itself. Not for nothing, but this marks Maggie Q’s second “island paradise turns to nightmarish hell” film just this year, coming on the heels of her performance in Fantasy Island back in February. In that movie, she was the one highlight, but here, it seems that she’s stuck with a script which equates “anger” with “yelling profanities a whole lot.”

Even Essoe doesn’t manage to bring her skills at elevating minor roles to bear in Death of Me, with a dud of a part which is evidently intended to be the one fellow American whom Christine and Neil can trust. However, she’s so transparently hiding something that at no point did I believe she was trying to help. If anything, I was fairly tempted to yell at the screen, and that’s the real shame of this movie: when no-one can be trusted, the sense of tension is less “what’s going on?” and more “when is it going to happen?” 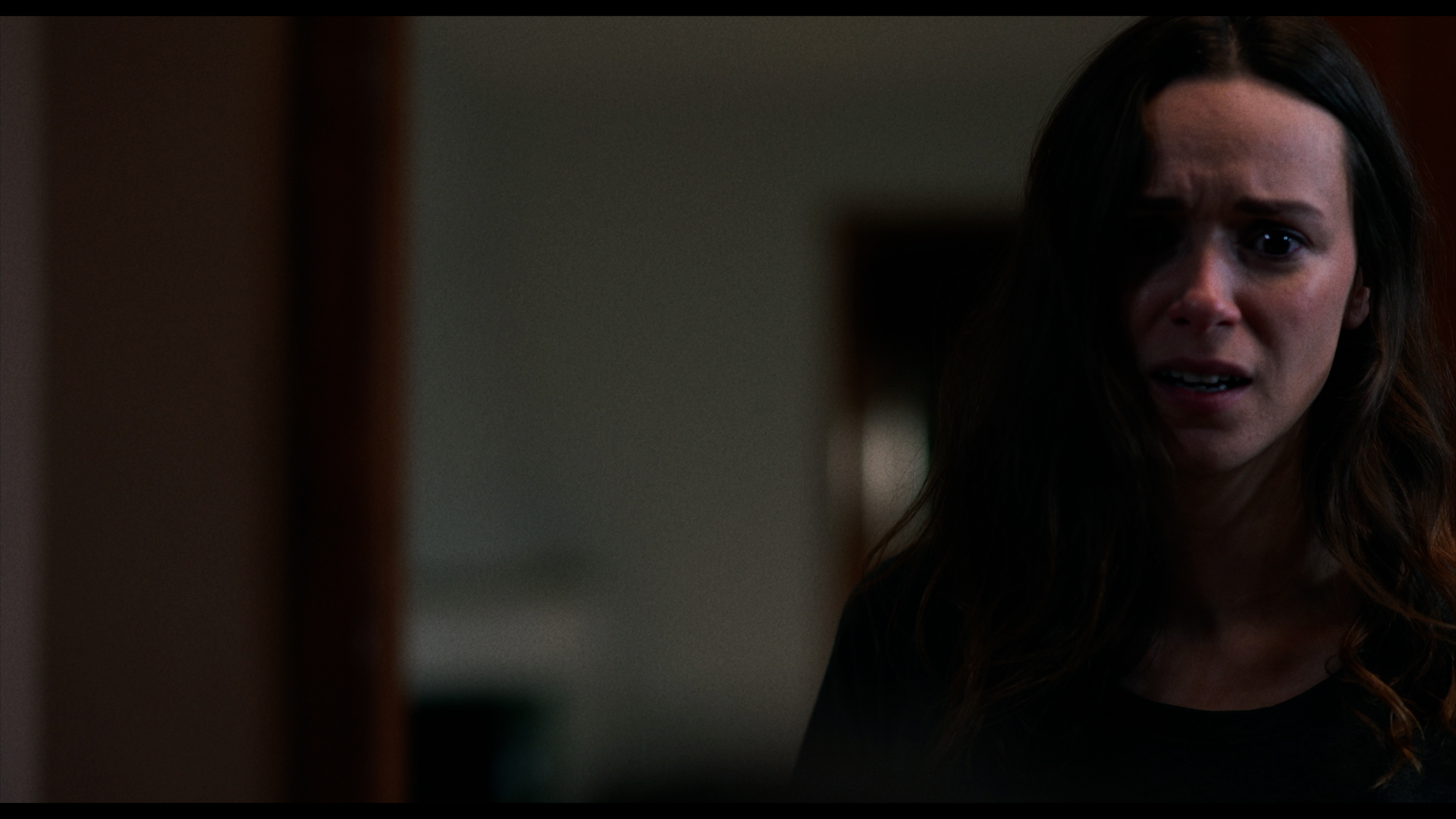 When no-one can be trusted, the sense of tension is less “what’s going on?” and more “when is it going to happen?”

Equally frustrating is the fact that the inhabitants of the island are speaking another language. Rather than use this as a way to create a sense of disconnect between the Americans and the islanders, the script defaults to repeated – and I mean repeated – cases of an island character saying something in Thai, followed by one of the English-speaking people asking, “What did they say?” or “What are they saying?” and then a rattled translation. I can only assume that the intention was to create a sense of panic, wherein the viewer is on tenterhooks waiting to see what mystery is about to be revealed. The actuality of it is that the interactions come across as a plot-halting game of telephone.

Within 30 minutes, you’re fairly sure where this movie’s going to end up, and while the latter third does manage to really lean into the horror elements, they’re so scattershot that they never land with the terror that’s intended. It certainly doesn’t help a few of the better visual terrors were used in the trailer for Death of Me, really stripping them of any possible chance at freaking out the viewer.

While the locale is gorgeous, at no point does Darren Lynn Bousman’s Death of Me ever succeed in generating any real sense of place, character, or tension. Once you’ve sussed out the likely – and if you don’t, it’s through no fault of the repeated references to certain plot points – you’re just waiting to see how this all sorts itself out. Sadly, what happens comes as no surprise, and you’re 90 minutes poorer for having watched it.

Death Of Me is available in theaters, digital, and on-demand on October 2, 2020. 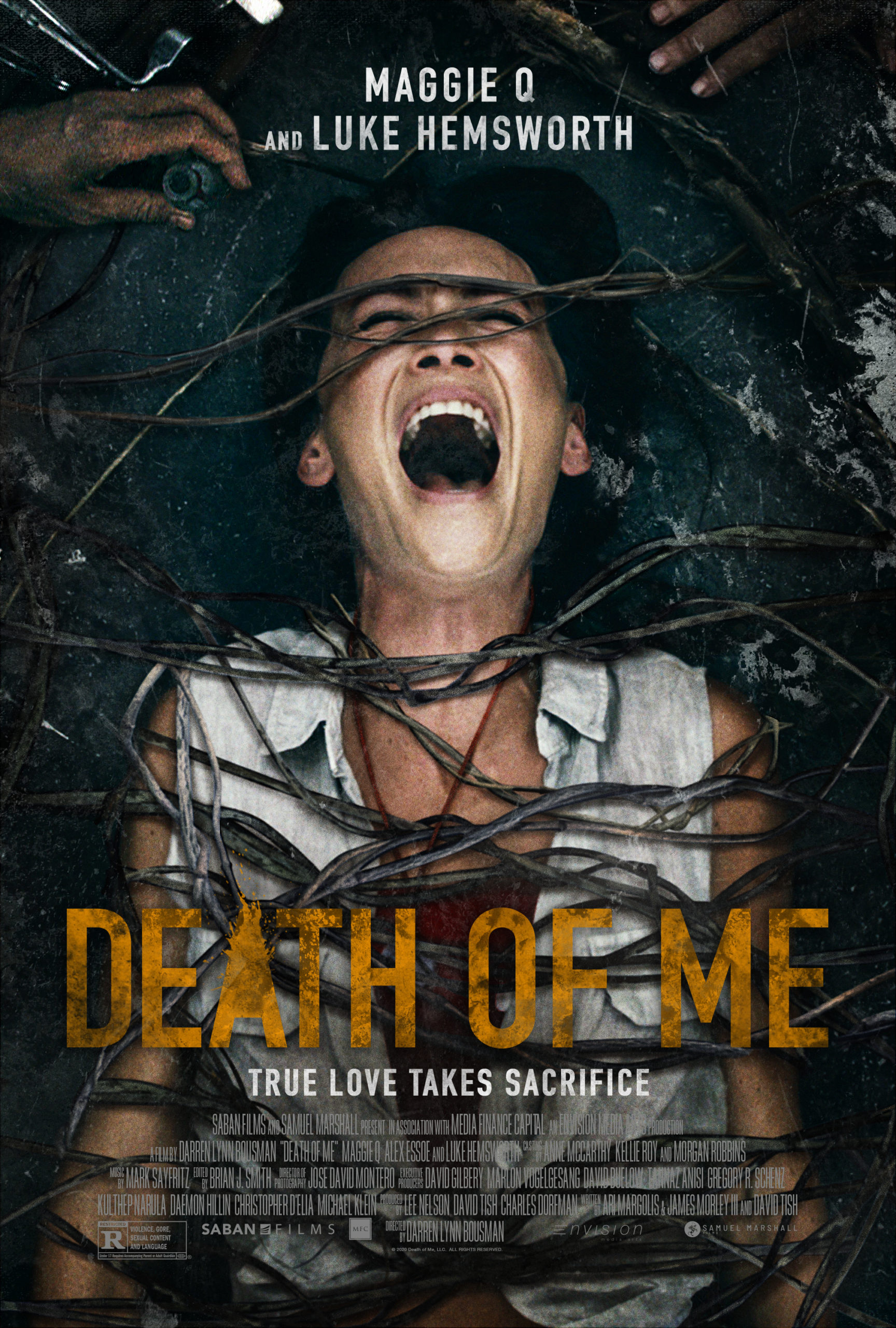 ‘Death of Me’ is reminiscent of classic folk-horror, while not living up to its antecedents 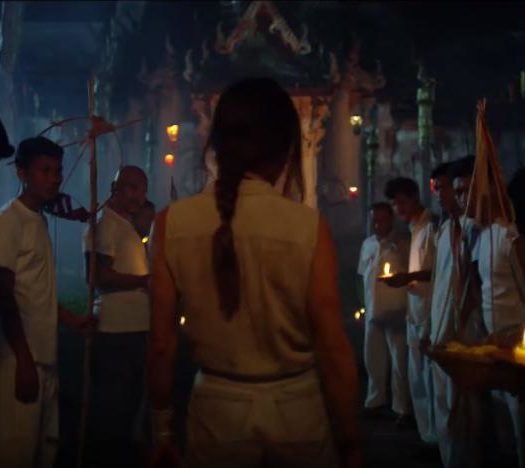