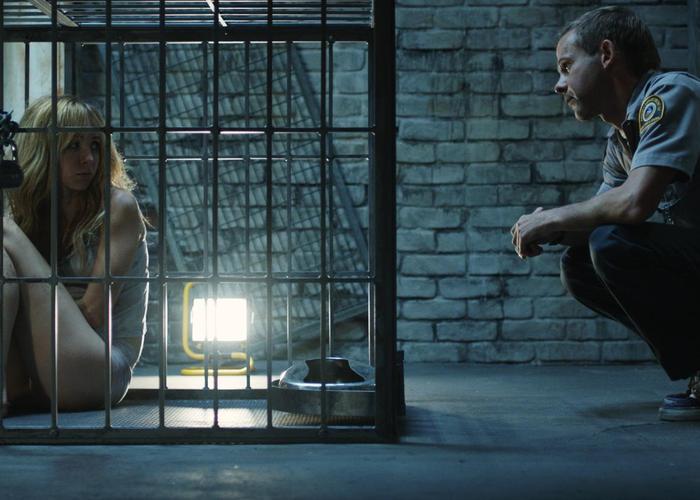 Carles Torrens’ psychological thriller makes its world premiere tomorrow night in Austin, TX at the SXSW Film Festival .  In the film, Dominic Monaghan plays Seth, a lonely man who fatefully reunites with a former high school classmate (Ksenia Solo). When she spurns his advances, he takes her prisoner, only to find that she is not what she seems.  Just ahead of the premiere we have a new clip giving us a taste as to just how lonely and desperate of a man Seth seems to be.  It gets uncomfortable quickly.

Plot Synopsis
In the vein of HARD CANDY and GONE GIRL, Pet is a psychological thriller that deals with the themes of identity, loneliness, selflessness and what it means to truly possess another. It’s told through the prism of two isolated people, Seth and Holly, seemingly different yet more similar than they even knew. Pet is at its heart a dark love story which examines how much one is willing to sacrifice in the name of love.