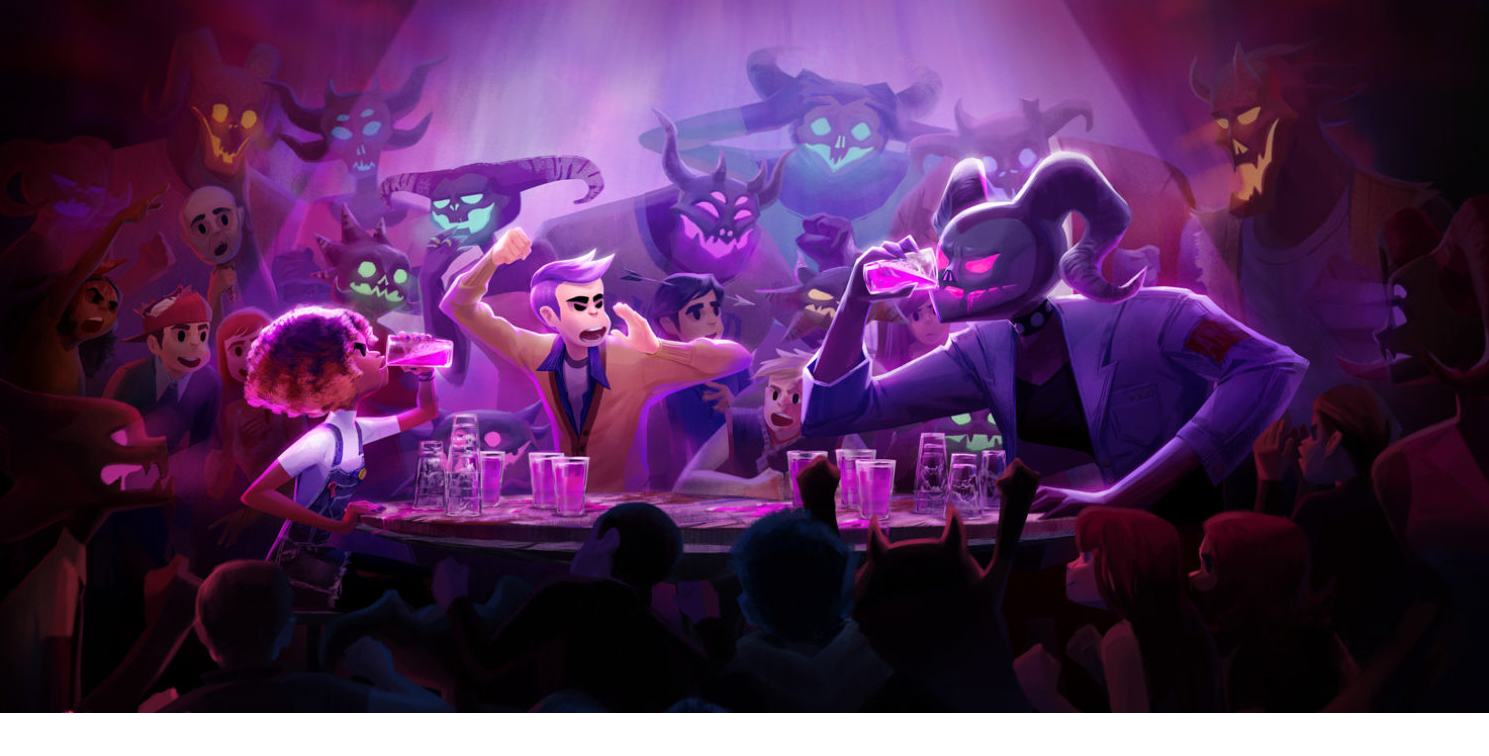 Drink Your Way Out of Hell in ‘Afterparty’

Developed by Night School Studio, Afterparty has you take control of Milo and Lola, childhood friends who end up in Hell and absolutely do not want to be there. Your job is to help them escape eternal damnation by using an ancient loophole that has you challenging Satan to a drinking contest. Tonally, imagine if Kevin Smith from his Clerks days rewrote an episode of Rick and Morty from memory, and you get the idea of what to expect from Afterparty. Throughout this five-hour adventure, Milo and Lola meet a rogues’ gallery of misfits. Some of these characters help you on your quest, while others will mock you mercilessly. You know, just like in your real life.

The core gameplay loop of Afterparty is drinking and making terrible but often hilarious decisions based on the level of alcohol in your system. Also, just like in your real life. The choices you make are logged and tallied for future assessments. How cutthroat you are can literally come back to haunt you. 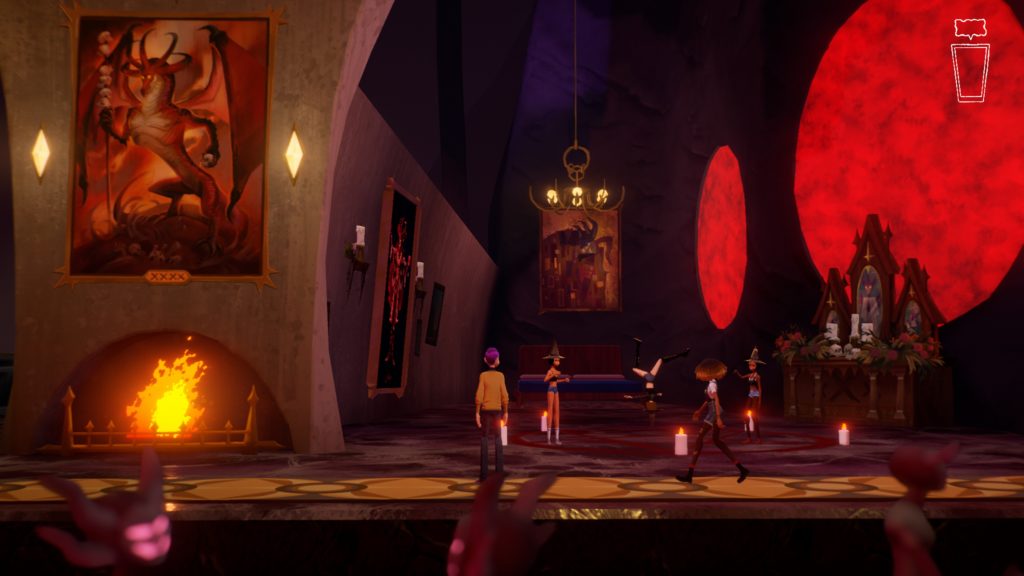 Even with that in mind, I decided to play Afterparty like a psychopath unburdened by the norms of decency. All in the name of getting my weirdos home. Say you need to send an accused murderer into a bottomless pit to suffer in perpetuity moments before his trial? Sure, why not. What about getting a particularly abusive demon back with his ex? Not a problem. Really what is the worst thing that could happen? It turns out, playing Afterparty as someone that deserves to be there is a big part of the fun.

Another strong part is the often ingenious world-building taking place. The state of Hell is apparently a hot topic among the demonic denizens. We get Satan’s side of the story (as in THE story). It’s well-trodden territory for sure, but still amusing. Also, there is more going on with Afterparty’s subplot than the game initially lets on. I shouldn’t say anymore except that certain decisions I made revealed specific plots that left me curious about possible alternative routes I could have taken. 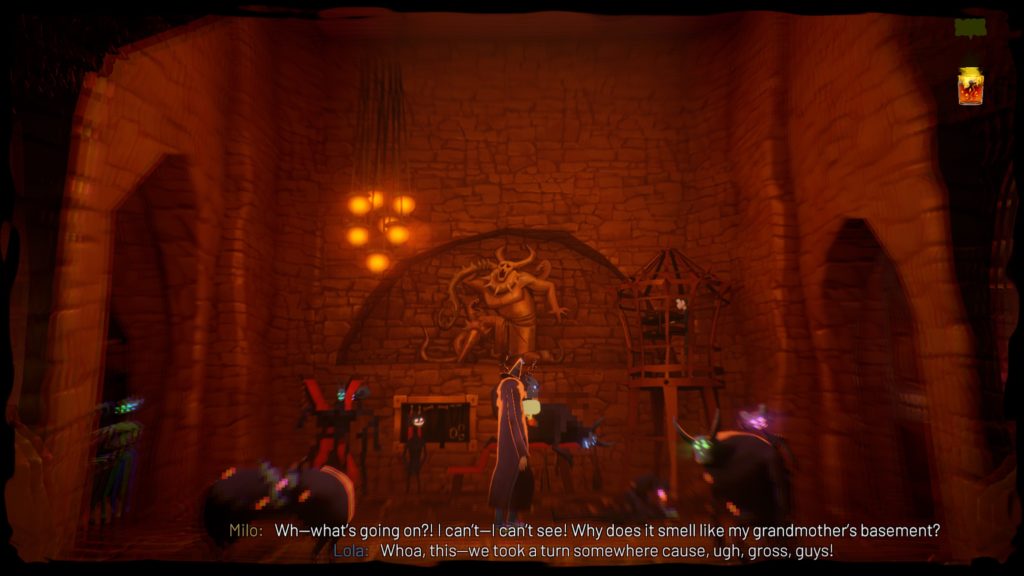 imagine if Kevin Smith from his Clerks days rewrote an episode of Rick and Morty from memory, and you get the idea of what to expect from Afterparty

Aside from world-building, Afterparty’s strength lies in its charming characters. You meet a slew of quippy hellions along the journey. As mentioned above, some will help, and others will hinder. There is so much entertainment to be found wandering around and speaking to everyone you can.

Voice acting is about as good as I’ve ever heard it. Conventional thinking says that video games aren’t funny, or at least not conventionally so. Yet, Afterparty succeeds by relying so heavily on its voice actors to push its story forward. A particular nod to Erin Yvette’s Sister Mary Wormhorn, who comes in as an emotional torturess and ends up having my favorite story arc of the game.

It’s not all positive for Afterparty. There are a few technical issues that I want to note. Crossing from island to island causes the game to hitch up horribly. The dialog chips along well enough, but you can feel the framerate buckling at times, and I was sure a crash was coming—thankfully, it never did. 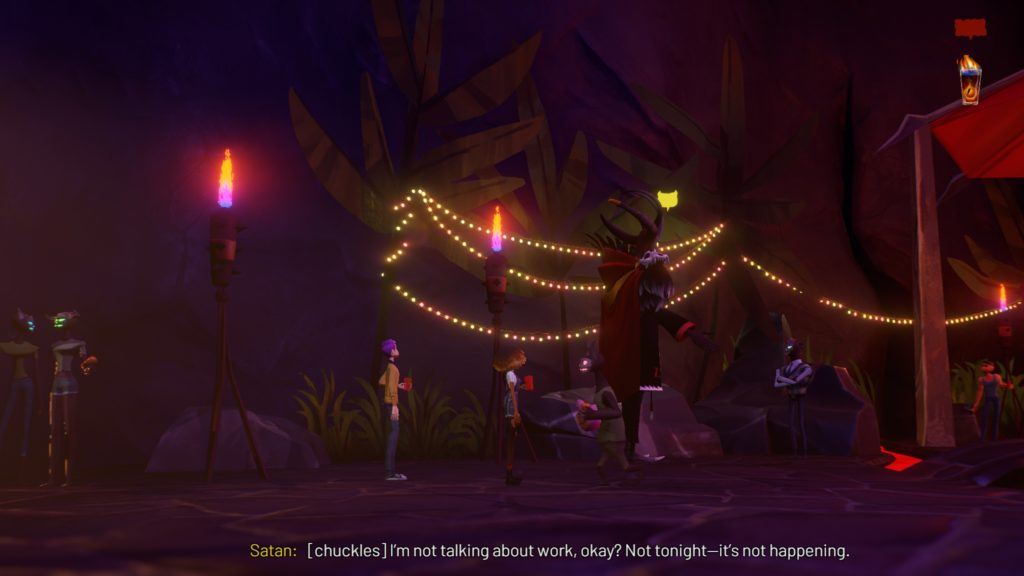 Another odd issue: the conservations between locations are poorly paced. At times while listening to a story from a demon I ran into, our dialog was cut short to roll into a new cut scene. There’s no way to retrigger these exchanges, and I was always left feeling like I was missing out on some of the best content the game has to offer. As a result, I found myself standing in place whenever any conversation started as not to trigger an abrupt end.

These are minor quibbles that can be addressed with future patches. So aside from these negatives, with its sharp writing, effective world-building, and one of the best cast of characters in gaming since A Night in the Woods, Afterparty is charming as Hell. 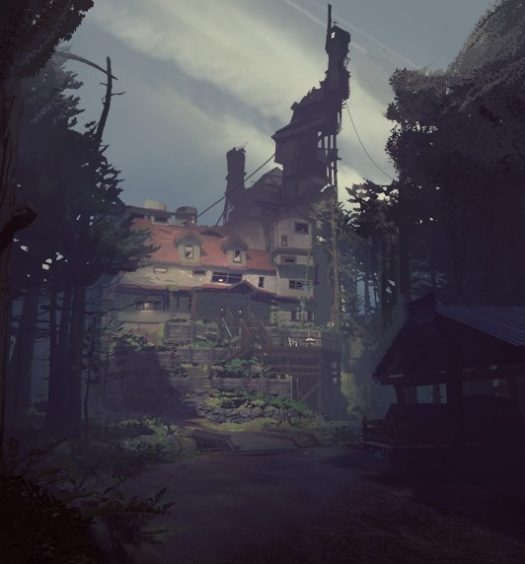 It Can Be Horror: What Remains of Edith Finch

Read More
It Can Be Horror: What Remains of Edith Finch
Submit a Comment