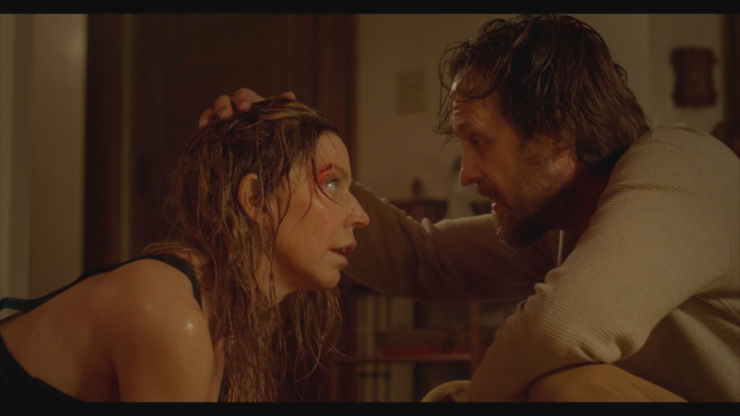 When an award-winning playwright opts to produce her first feature film, and teams up with a first-time director, a lot could go wrong. But in the case of EAT ME, Jacqueline Wright preserves the artistic vision of her story, delivering a tense, emotional thriller. Meanwhile, director Adrian Cruz exceeds expectations in practically every way, getting the most out of the limitations that an independent production faces. Ultimately, Wright takes a bold risk with this film and it pays off in spades.

EAT ME dares to ask: what happens if the victim of a home invasion actually wants to die? With this one simple twist on the subgenre, Wright creates a powerful new story. Here, our heroine threatens to defeat the antagonist, not by being more powerful, but by taking away his power. To say any more about the plot would be a disservice to Wright’s narrative. EAT ME should be consumed fresh, with as few pre-conceived expectations as possible. It’s a film that ranges between whimsical, brutal, hilarious, and at times, just, … uncomfortable.

Carter delivers a monologue … that rivals the best performances of any mainstream or independent film, period 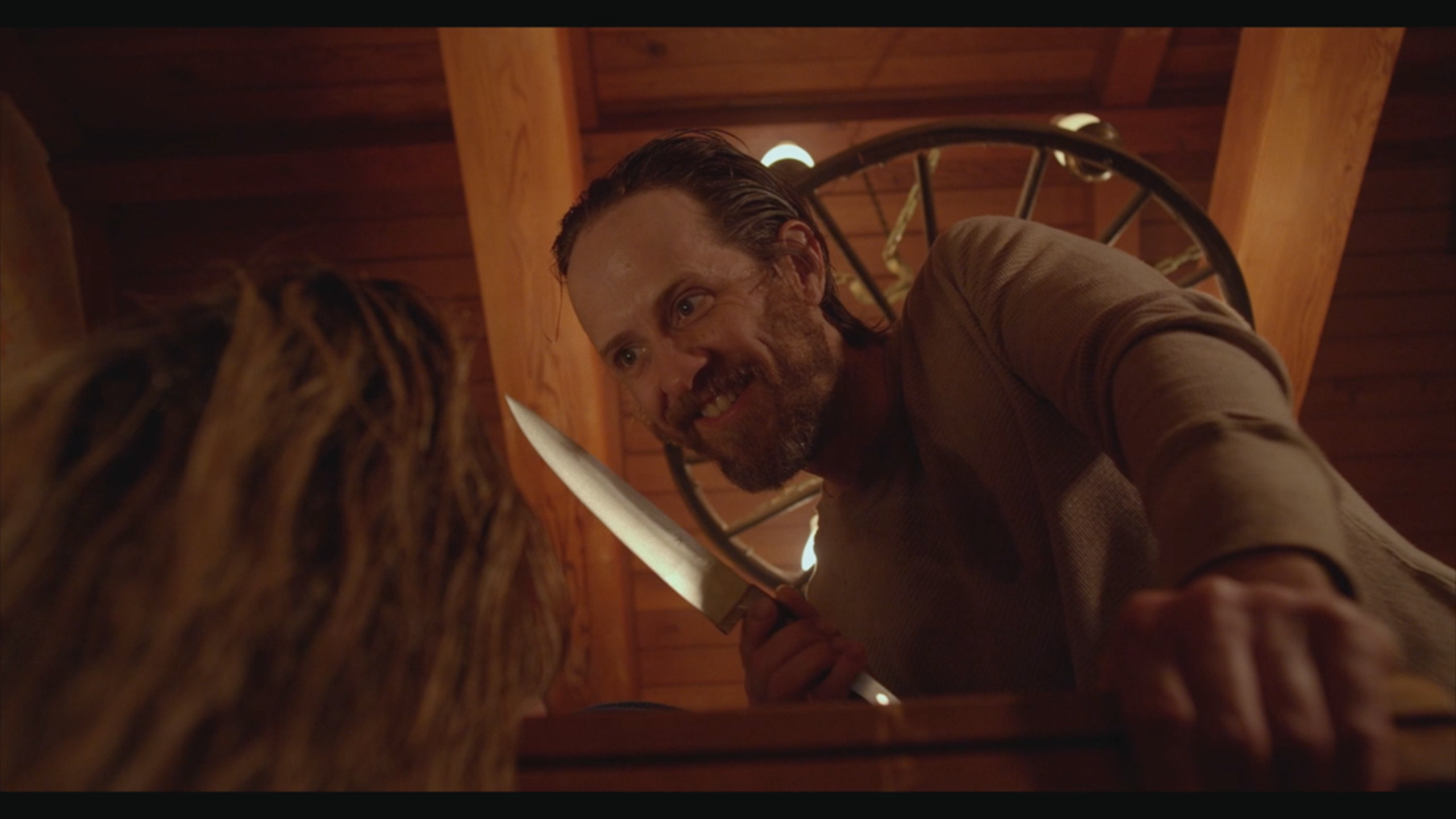 Conceived as a stage play, the film risks boring the audience with a small cast and single-set location. And, make no mistake, this is a small story about some very broken human beings. But this small story carries big implications about the nature of darkness, morality, forgiveness, and strength. EAT ME overcomes its own limitations through powerful performances and direction. Wright magnificently portrays the suicidal protagonist, Tommy. Meanwhile, Brad Carter, in a strangely courageous performance as the home invader, shows remarkable vulnerability. In particular, Carter delivers a monologue during the film’s emotional climax that rivals the best performances of any mainstream or independent film, period.

Cruz, in his directorial feature debut, demonstrates masterful sensitivity and comprehension of visual storytelling. Cruz could easily have taken EAT ME in an over-the-top, exploitative direction. He could easily have played it safe, setting the camera on a tripod and letting the performances do all the work. Instead, however, he grounds the film with carefully blocked scenes and purposeful camera movement, creating an environment that allows his actors to shine. Complementing the direction and brilliant camera work is a superbly simple score from Martin Carrillo. The action, sound effects, and score are edited extremely well together, resulting in a well-constructed film that you’d expect from a seasoned veteran, rather than a first-time director.

However, genre fans looking for a brutal exploitation thriller should be warned. While EAT ME absolutely delivers visceral, brutal violence, its brutality emanates from a place of empathy. Admittedly, the film opens somewhat slowly, with several awkward moments. Wright’s purpose, it would seem, is to force her audience to confront darkness. This may, understandably, be a deal-breaker for some who view horror as a way to escape reality. However, EAT ME succeeds by empathizing with both the victim and perpetrator, snowballing over its runtime into a shocking and disturbing conclusion, even to an audience already desensitized to over-the-top, grotesque violence.

EAT ME will be released in theaters on March 2, 2018, with a VOD release the following week. 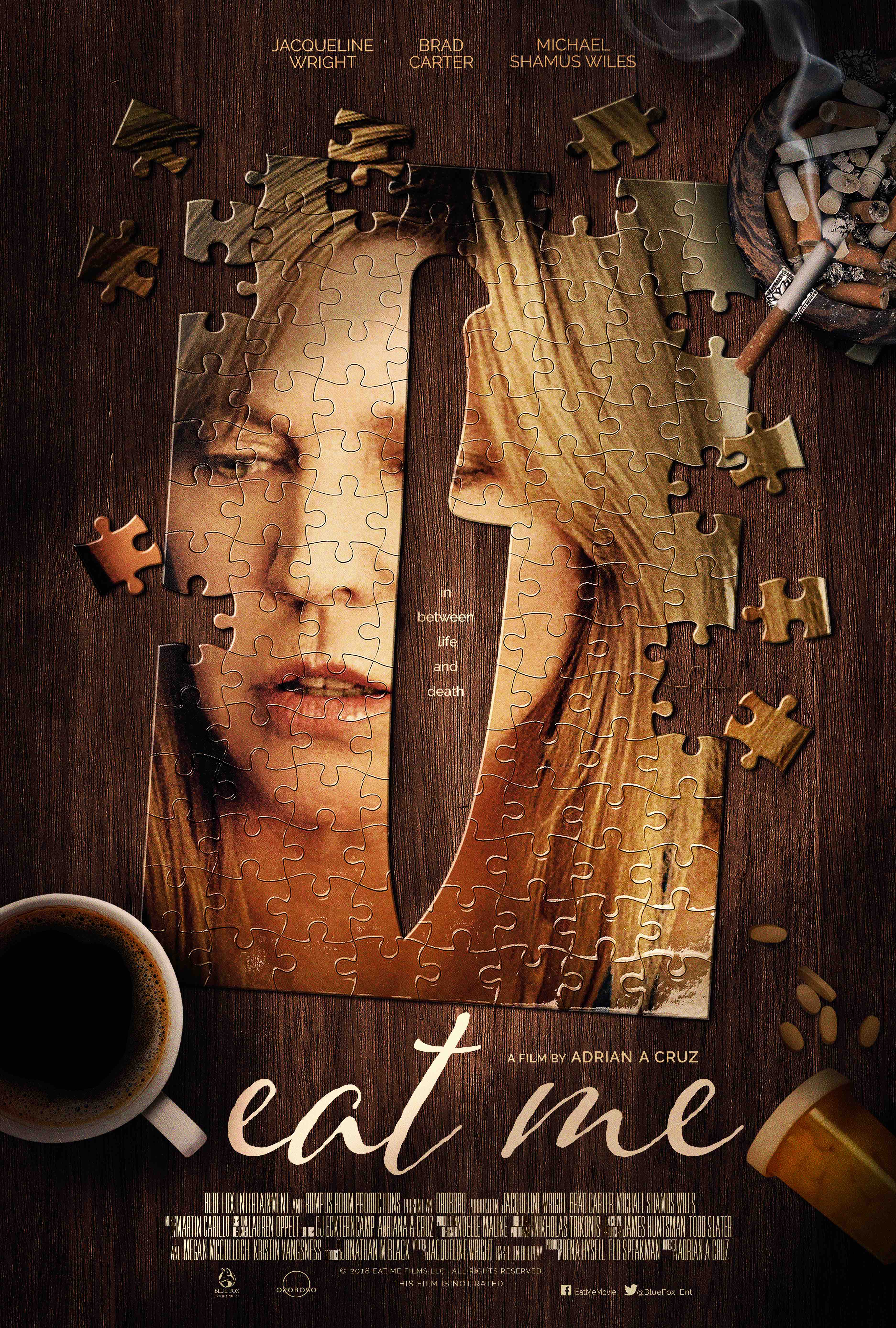 EAT ME is an intensely brutal spin on a home invasion story. Rather than shock its audience through graphic violence, it succeeds through honest, visceral emotion. Stellar performances carry the film past a somewhat slow opening that snowballs into an action-filled, emotional conclusion. 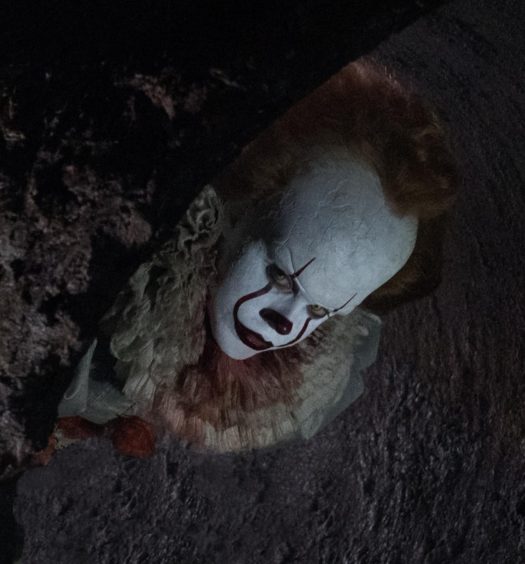 Some Kind of Hate [Review]