The world of extreme haunts is almost endlessly fascinating. These haunted attractions have been covered in a handful of films over the last few years, perhaps most notably in the documentary Haunters: The Art of the Scare.

Producer Eli Roth (Hostel, The Green Inferno) and writer/director team Scott Beck and Bryan Woods (who wrote and produced A Quiet Place) hope to scare the hell out of us with Haunt. The film stars Katie Stevens, Will Brittain, and Lauryn Alisa McClain. Haunt also features music by tomandandy (The Strangers, Sinister 2). Here’s an early look at the film’s trailer, as well as a couple of stills.

Haunt will have its world premiere on August 8th at the 2019 Popcorn Frights Film Festival, with a theatrical and on-demand rollout following on September 13th.

On Halloween, a group of friends encounter an “extreme” haunted house that promises to feed on their darkest fears. The night turns deadly as they come to the horrifying realization that some monsters are real.

Check out the new poster below. 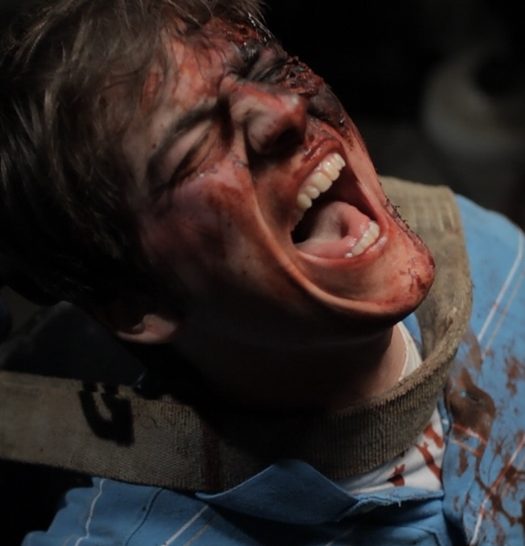 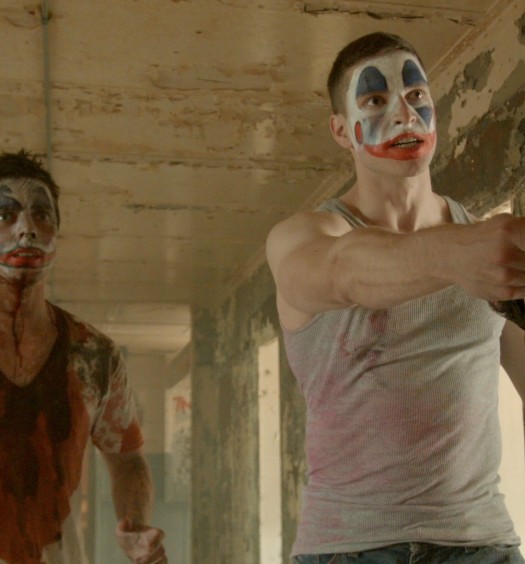