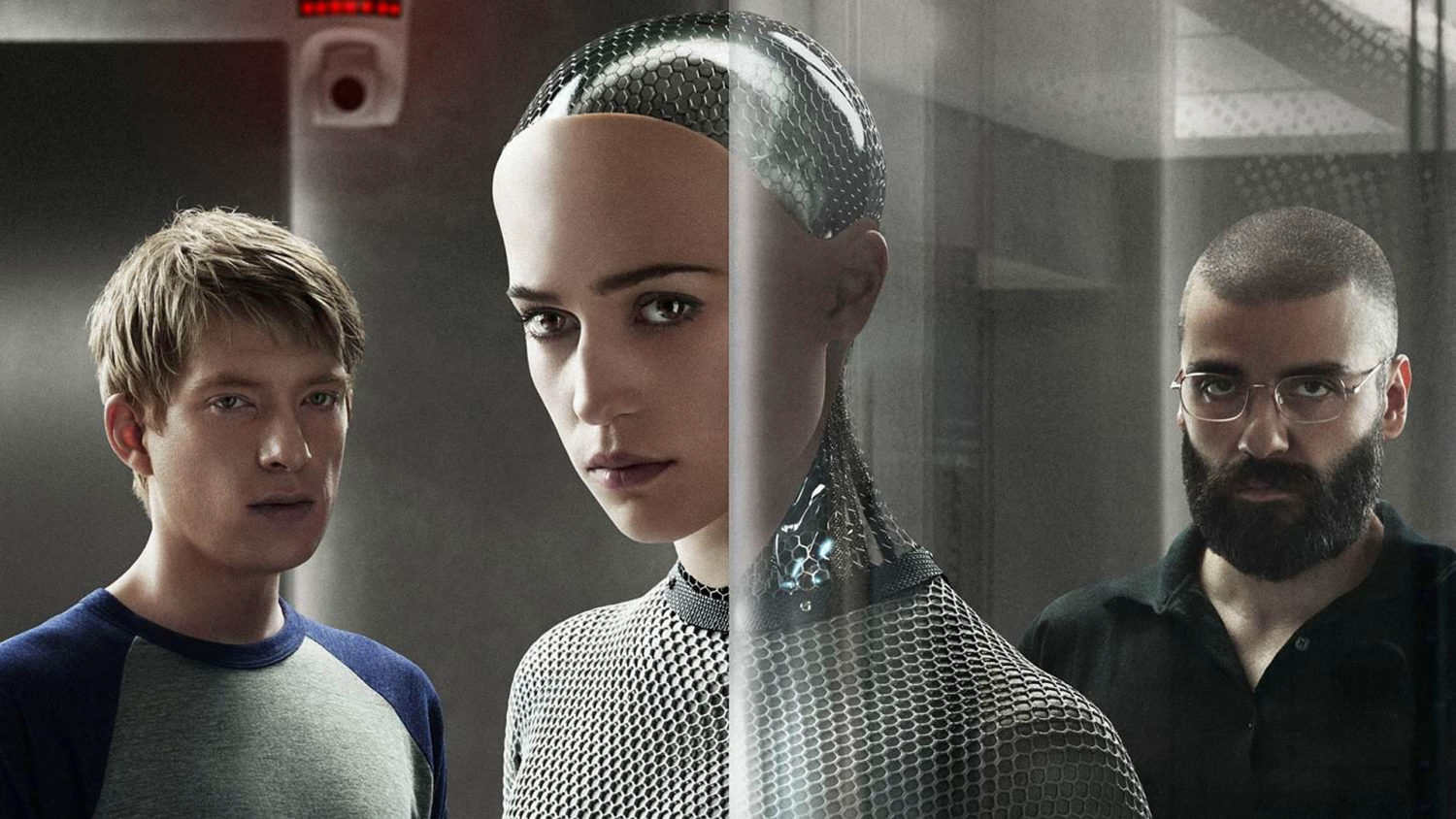 Alex Garland is a name that should be familiar to the majority of you, and if it isn’t, then several of his films will be. Films like Dredd, Sunshine, and 28 Days Later have all received almost universally positive feedback, so it should go without saying that the guy is talented. It should come as no surprise then that there has been a great deal of hype and excitement around his latest film – Ex Machina. We were lucky enough to check it out just before it hits theaters, so read on to see if you should fire up the Fandango app and reserve yourself some tickets.

Ex Machina follows Caleb. A young man working for Bluebook; a company that seems to be some sort of Google/Facebook mash-up. Bluebook’s owner, Jay, selects Caleb as a contest winner to join him for a week long stint in isolation to take part in testing a new groundbreaking technology. So what’s the new technology? An artificial intelligence unlike anything the world has seen. Caleb is tasked with determining if the AI is as advanced and capable as its creator thinks it is. But he’s in for much more than initially planned.

The story is good, but slightly bare. Ex Machina is more about ideas and the principles of human nature than anything else. A sort of omniscient study on what it means to have life and thought. And in that regard, it is extraordinarily successful. Perhaps even more so in hindsight than in the moment. The dialogue between Caleb and Jay feels genuine, sometimes comical, and almost always unsettling for one reason or another. The performances turned in by both are fantastic, but they aren’t the only ones that carry the weight of this slim cast. Ava, the AI component, is a marvel in almost every way imaginable.

The film often focuses on interview sessions between Ava and Caleb as they attempt to understand the motives of one another. This leads to some genuinely beautiful moments captured on screen, and when your character is nothing more than a face, it’s pretty damned impressive to spark that sort of emotion in people. All chatter in the theater would come to a dead stop when she spoke. It’s a powerful character, and one that is pulled off perfectly.

During those interview sessions though, would come a great deal of mystery. And that’s not something that I was expecting. This is isn’t exactly a “who done it“, but character motivations are constantly in question, and that leads you to examine everything closely. As many of you know, I try to avoid trailers when at all possible. If I do watch them it’s just to get an overall vibe of the film for the first 20 or 30 seconds before I turn it off. I was lucky enough to go into Ex Machina completely blind, and I’m glad I did.

My first arbitrarily composed text message after leaving the theater crudely described it as a “slow burn scifi flick with a ton of mystery“, and I think I stand by that. When I think scifi these days, I think action. So that’s what I was expecting, but that couldn’t be further from what Ex Machina is. It’s more of a drama that’s shrouded in mystery. One that (believe it or not) actually has enough horror elements in the film to warrant coverage here. There is no doubt that this was written by the same mind that gave us 28 Days Later. And while I mentioned all of those films at the beginning of this review, he didn’t actually direct any of those. He’s a relative newcomer in that respect, which makes this film in particular all the more impressive.

If you’re a fan of scifi and (to a lesser extent) horror, then this is for you. More importantly though, this is a film that can be appreciated by almost anyone that enjoys cinema. So I urge you to go see it sooner rather than later. It’s certainly worth the price of admission… and then some. 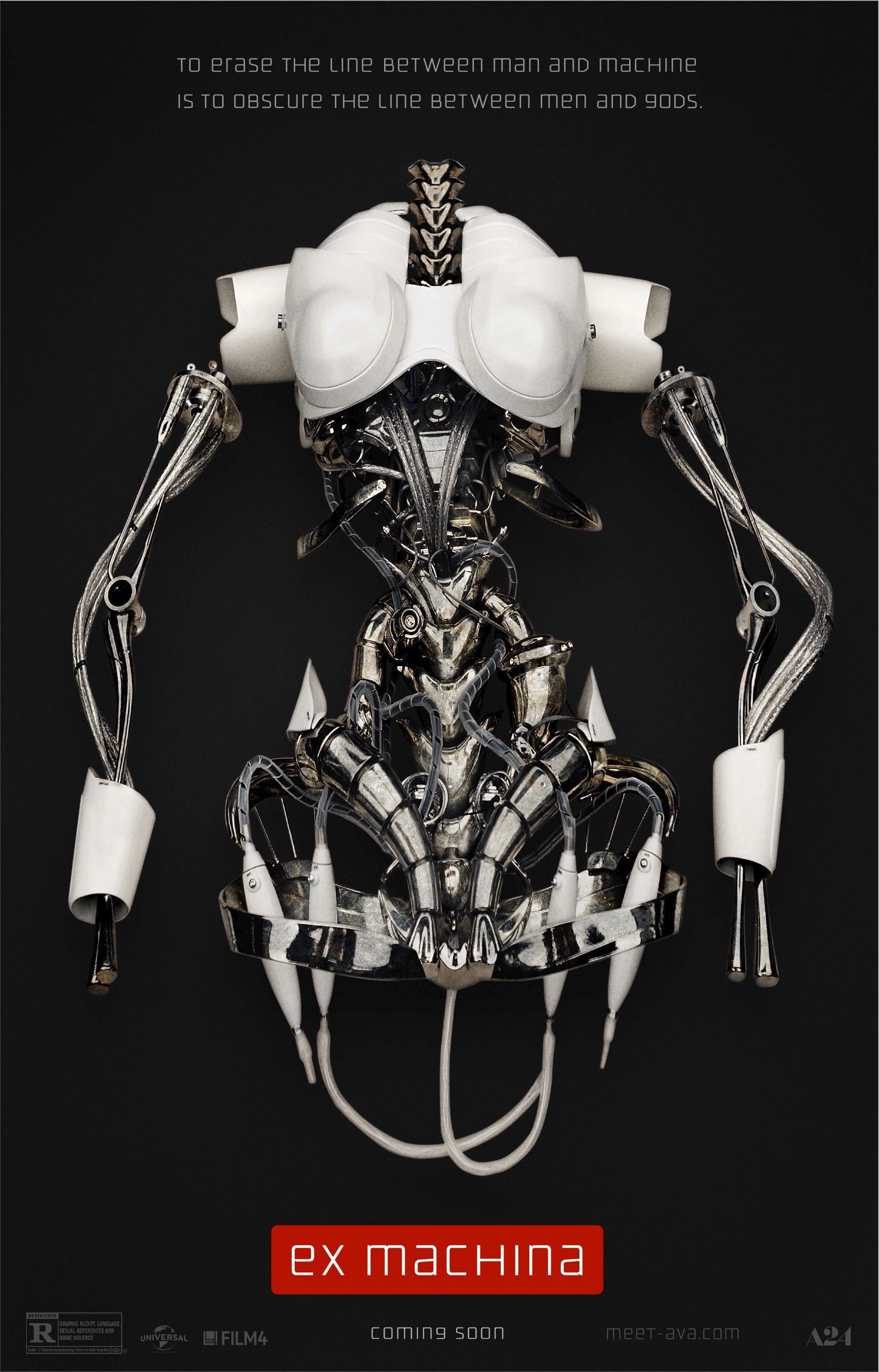 Ex Machina is the type of film that comes along once every decade or so. The performances and production values are top notch, and while the story itself feels a bit trim, the ideas it brings to the table are exceptional. It is every bit as beautiful as it is thought provoking. 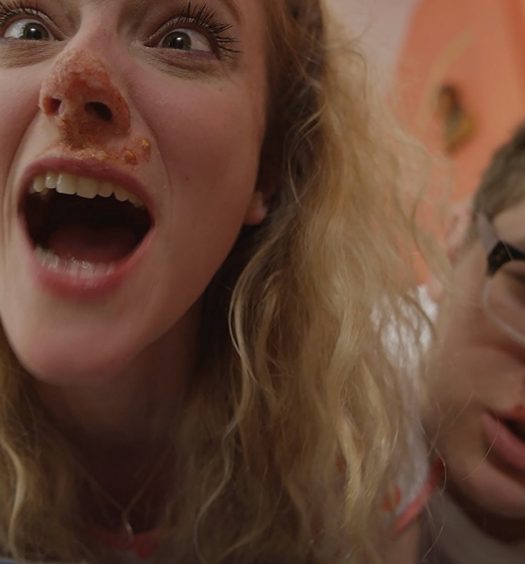 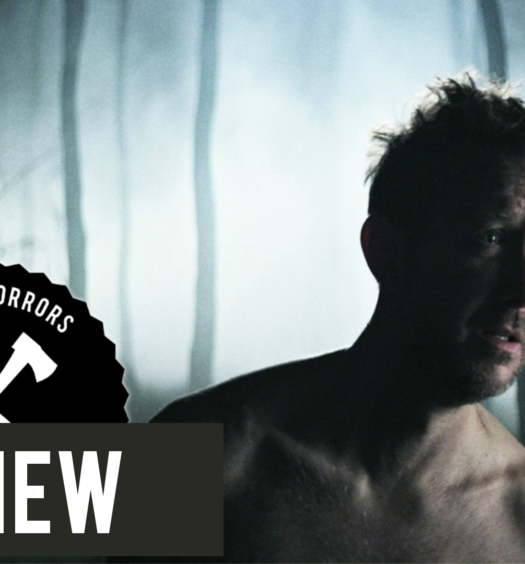