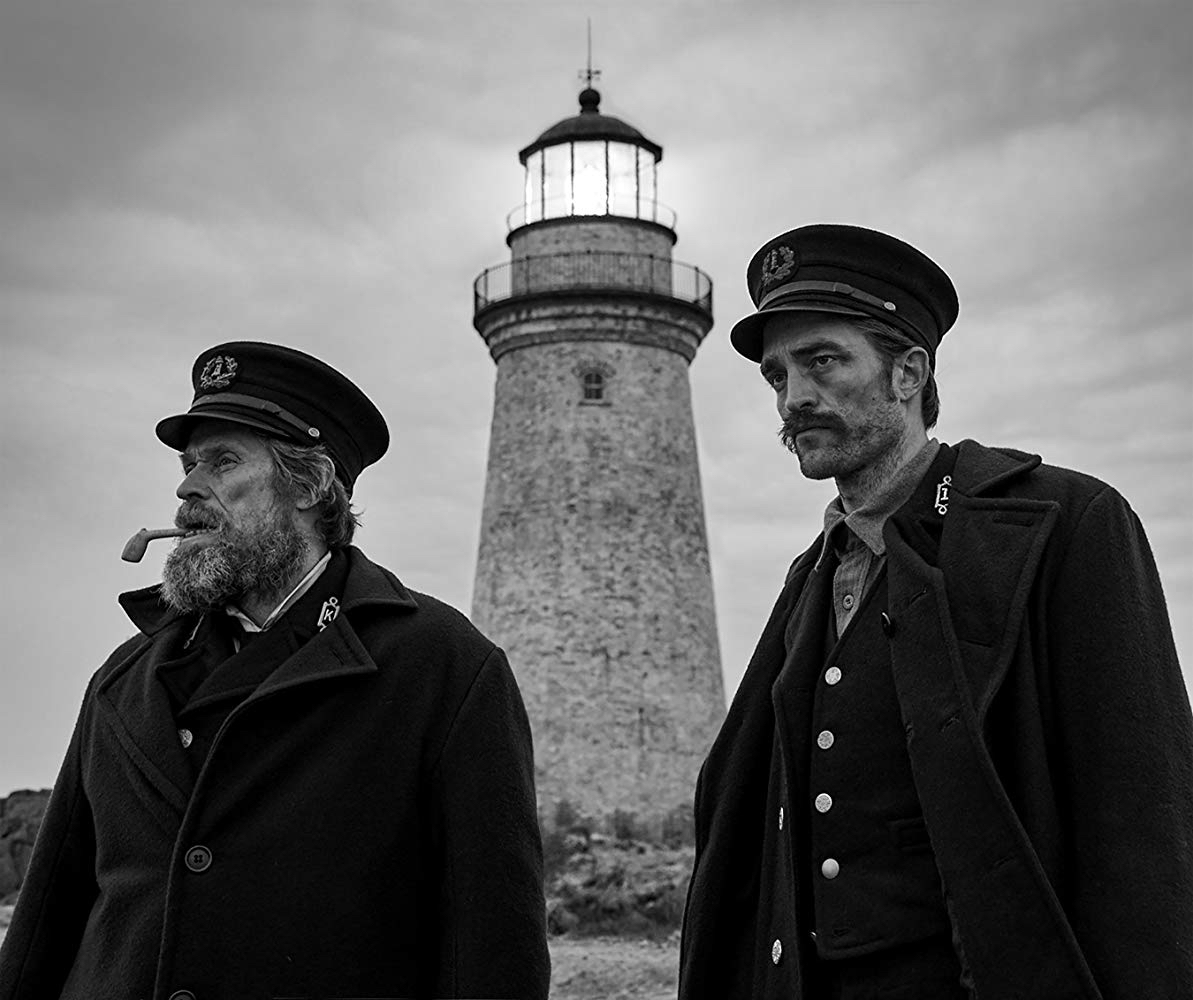 Robert Eggers’s much anticipated return, The Lighthouse, featured as one of the secret screenings at this year’s Fantastic Fest. Much like The Witch before it, Eggers’s sophomore effort is certain to elicit vastly different opinions from its audiences. Also, like its predecessor, it is destined for debates about whether it is (and what constitutes) a horror film.

From the moment the film started, I was transported and transfixed. Essentially a two-man piece, The Lighthouse is anchored by a pair of powerhouse, go-for-broke performances by its leads, Willem Dafoe and Robert Pattinson. These aren’t flattering portrayals, either. Both men play brutish, drunken louts with hidden secrets and few redeeming qualities.

The Lighthouse is anchored by a pair of powerhouse, go-for-broke performances

Pattinson plays Ephraim Winslow, a former timber man joining Dafoe’s Thomas Wake for a backbreaking four week stint manning a remote lighthouse. A boat ferries the men to the island lighthouse. They disembark and relieve the previous crew members, who then leave on the boat. Wake has spent many shifts at the lighthouse, and is both protective and possessive of it. The men split the day into two shifts. Winslow works during the days, and Wake mans the lamp during the dark hours of night.

The labor and upkeep on the island is grueling, the weather tempestuous, and the company gruff at best. Thomas Wake believes in a top-down form of leadership, and expects Winslow to conform to his duties without exception. When Winslow doesn’t align with Wake’s superstitions, the elder wicky is quick to anger. In Wake’s eyes, an unfinished toast or aggression towards a gull is an affront to the gods of the seas.

After some days have passed, Winslow finally relents to Wake’s continual urges to join him in a drink. This spirals into a cycle of constant inebriation. The men’s drunkenness causes their relationship to swing from camaraderie to outright anger, sometimes in the blink of an eye. Throughout the passing weeks, a sense of dread and isolation grows into suspicion. Ephraim believes that Thomas is hiding some secret about the island and the old lighthouse. Thomas thinks there are shadows in the younger man’s past which he is trying to escape.

something akin to The Shining on a rocky seashore

The story that plays out is something akin to The Shining on a rocky seashore, minus the concrete supernatural elements. Another cinematic reference point is Wake in Fright, the Australian film from the 1970s that sees a young schoolteacher losing himself in a storm of drunken madness and violence. While these are apt comparisons, they are merely waypoints to the story being told by Robert Eggers and his brother Max Eggers, who co-wrote the film. Similar to the approach taken with The Witch, much of the story (including some of the dialogue) is taken from historical and literary sources of the time. For some, the story may seem inscrutable. But the ferocity of the performances and the simply stunning cinematography cannot be denied.

Even the first images released from the film were immediately striking. They had the look and feel of daguerrotype photographs, relics of a forgotten time and place. During the post-screening Q&A, I asked Robert Eggers to discuss the inspirations behind the look and feel of the film, including the decision to shoot the film in a 1.19:1 aspect ratio. Eggers stated that the first words set down on paper after the title were “must be shot in 35mm black and white film.” The images were captured using old spherical lenses, which provided surprising detail in the many close-up shots of the actors’ faces. The combination of lenses and aspect ratio allowed the director to create a specific look for the film, which he said stands out even more in the IMAX format. (I don’t often see films in IMAX, but I find this endlessly intriguing).

it’s unlike anything else you’ll see this year

Eggers’s sophomore feature takes the same deep-dive approach to world-building as his debut. It may fall victim to similar complaints that some viewers found with The Witch, but it is equally likely to evoke the same ecstatic praise voiced by proponents of that earlier film. The weird, supernatural imagery present in the film and briefly glimpsed in the trailer is more a product of a diseased mind than anything concrete in the real world of the film, but it is no less arresting than the woodland scene featured in the closing moments of The Witch. One moment in particular is as memorable as anything else I’ve seen this year.

I can’t stress enough the caliber of work on display from both Willem Dafoe and Robert Pattinson. The pair offer up daring, mesmerizing performances. Add this one to the list of film recommendations for anyone who believes that Pattinson’s resumé begins and ends with sparkly vampire teen movies. He gives it his all here, and holds his own playing off of Dafoe. The Lighthouse demands to be not just seen but experienced. Love it or hate it, I guarantee it’s unlike anything else you’ll see this year. Highly recommended.

The Lighthouse played Fantastic Fest 2019 as a secret screening on Monday, September 23rd. Its US release is slated for October 18th.

Robert Eggers creates a cinematic vision in The Lighthouse unlike anything you’ve ever seen. The story may seem inscrutable to some, but the film is anchored by career-best performances from Willem Dafoe and Robert Pattinson. The two leads dig deep in their portrayals of deeply flawed characters. Coupled with the cinematography, the result is among the most captivating films I’ve seen all year. 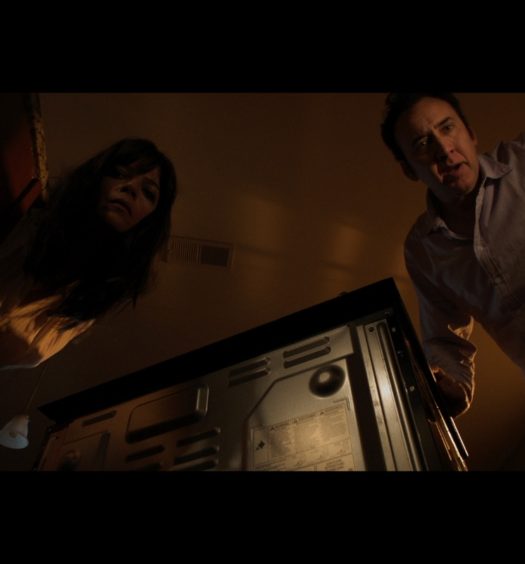 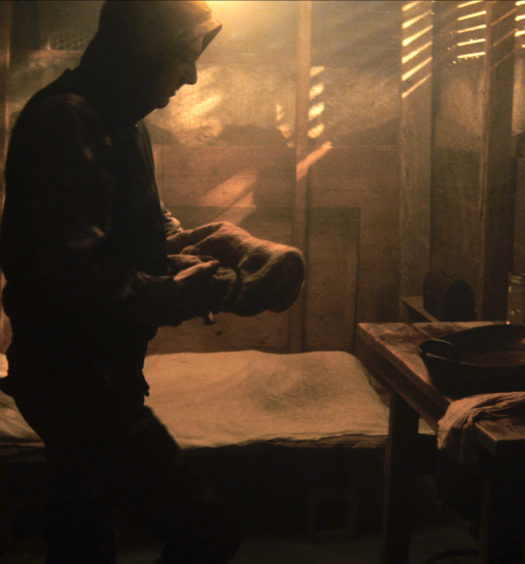