Over a year ago when producer Marc Carreté shared with us a few behind the scenes photos, as well as the concept trailer for FRAMED, we were pumped. It was coming from Marc’s new production company, CREATURES OF THE DARK, and was being led by Marc Martínez Jordán who is making his feature length debut as director. Our biggest concern was that perhaps our expectations were too high for a new production company and a fresh director. Thankfully, FRAMED is a shining example of why I love Spanish horror.

It really hammers home the chaos of the situation.

At its core, FRAMED doesn’t do anything revolutionary. It takes the approach of not needing to reinvent the wheel to make it better. We follow a group of friends who gather for one last party before one of them leaves for Germany in search of work. Unbeknownst to them, they are soon to be the stars of a psychopath’s vision for his magnum opus of streaming. As his thirst for more views grows, the violence amps up. It’s a simple concept that we can all identify with in this crazy digital age.

What immediately impressed me after viewing FRAMED was how Jordán was able to take the concepts of home invasion, torture, and the social media craze and spin it into one hell of a ride. Those sub genres of movies don’t really get me excited, but there is a beautiful blend that happens here. Each element is there, with the social media aspect being the strongest, but they work in harmony together to keep the plot moving forward. Respects are paid to classic horror tropes here and there, but overall I found that the film kept from going where I thought it would go.

It has a killer who is likeable yet still easy to root against.

CREATURES OF THE DARK and  Marc Martínez Jordán are coming strong out of the gate from a technical aspect as well. Jordán, who also did the editing, brilliantly and effectively lets the camera and the sound drive the story at key moments. The biggest visual complaint one might find is that at times we get lens flare that would make J.J. Abrams jealous. But perhaps one of my favorite moments comes when we have characters signing “Ode to Joy” (if that seems weird, it’s because it is). We slowly fade out their audio and bring in the blaring instrumentals of the classical song. It really hammers home the chaos of the situation.

So the big question is, are YOU going to like this film. On the surface, it is a home invasion and torture film with some gnarly gore and a surplus of fake blood. FRAMED goes out of its way to try to make you squirm. It has a killer who is likeable yet still easy to root against. Sure, there are a few weird drugs that don’t make much sense, and a handful of odd throwaway characters that could have been easily cut, but those are minor flaws in the overall scheme. If that sounds appealing, then this is a must watch. On a deeper level, FRAMED is a blistering commentary on the state of society and its relationship with social media. That may be the most terrifying thing about the film. It is a little too close to reality for comfort. It confronts you with the question, how much of your soul are you willing to give away for fame, and how much have you already given someone else?

There was no way that I was the target audience for this film, but dammit if it didn’t kick ass! 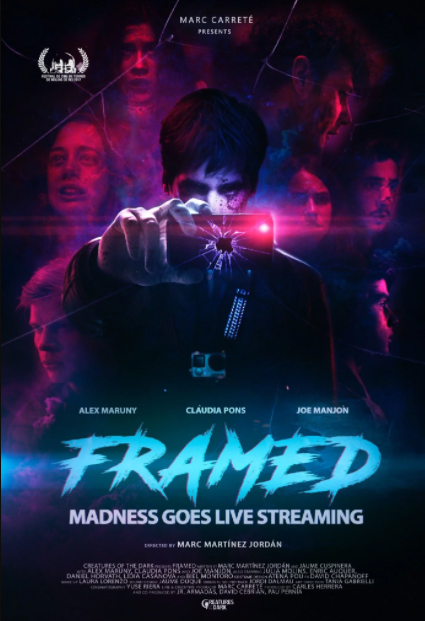 Whether you enjoy it at face value, or dive into the deeper commentary, FRAMED is a bloody good time!

Creatures of the Dark Framed 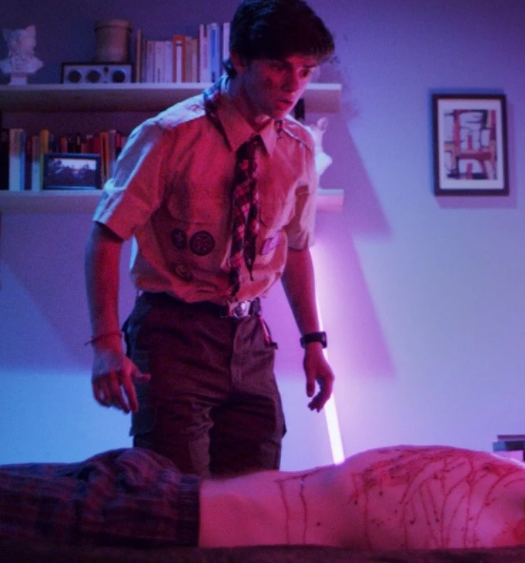