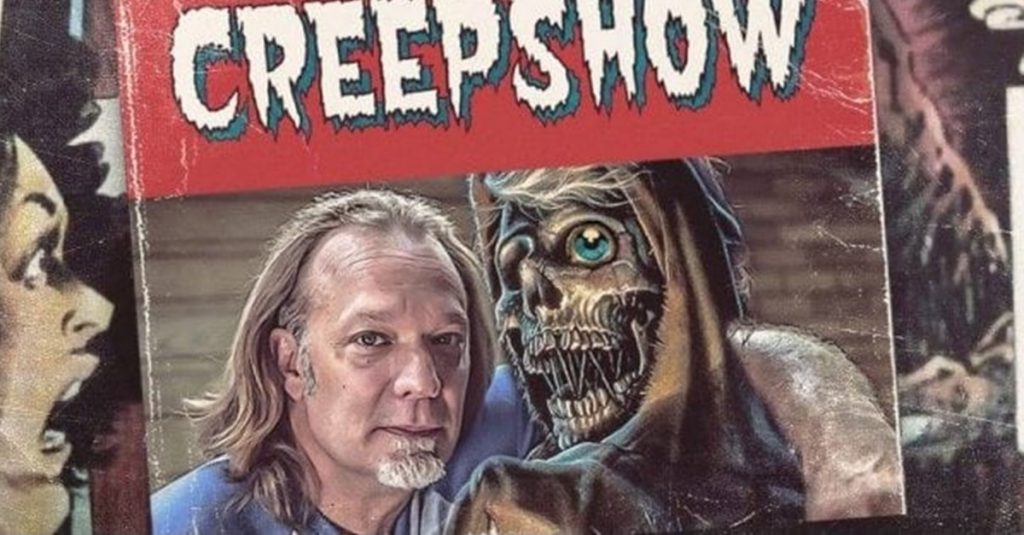 Does the director enjoy the excitement of crunching a story into a short amount of time or having the long-term ability to flex his narrative? It all comes down to the audience.

Nicotero reasons, “I think it’s a matter of choice. I love character stuff. I think that this particular show is just not that medium, even though we have great characters. There’s a lot to be said in this day and age for bite-size meals in terms of people wanting to come in, wanting to watch something for 20 minutes, and then go off and do something else and come back and watch another thing.

What’s great when you’re talking about the horror genre and television is that every time a horror movie comes out and does good it bodes well for all of us. I saw Us and I had so much fun. I love Hereditary too. I love going on these journeys where I have no fucking idea what’s going to happen. I don’t watch trailers and I don’t read anything. I have no idea what it’s about. Generally I just want to be entertained, I just want to be taken on a journey to have a good time. I had a great time and I like that these movies are fun.”

The question we always want to ask the creators and idols behind the material we enjoy brings out a bevy of nostalgia for the seasoned artist: Why do you love horror?

Simply put, Nicotero states: “It scares the shit out of me.”

He further elaborates, “It’s what I grew up with. My parents were huge movie buffs, they still are huge movie buffs. I remember going to the theater and seeing Dracula: Prince of Darkness and Planet Of The Apes when I was six years old. I went to see Jaws on the second day it was out. My parents went the first night it opened and then they took us the second night. I just love that thrill.

Growing up in Pittsburgh, they had a show on Saturday nights called ‘Chiller Theater.’ Every Saturday night I was watching horror movies. I was into monster magazines and all that crazy shit. Me, Quentin, Guillermo, Alex Aja and Eli Roth, we are all cut from the same cloth. We all read the same magazines, we all watch the same movies. One of them got nudged into writing and one got nudged into directing and one got nudged this way or that way. Tom Savini would say the same thing. It was Man of a Thousand Faces and Lon Chaney and the idea of the makeup that got him. The bummer is that I don’t get scared anymore. I have spent 30-something years crafting these scares.”

Does that ruin the experience for him or does he appreciate it more?

Nicotero answers, “I appreciate good. I appreciate well-made, like Hereditary. That’s why I really liked Hereditary because at the end I got goosebumps. It was chilling because when she is sawing her head off I was like, ‘That’s just fucking weird’, but I love that because it was just strange. The image stuck. I still appreciate it.

It’s kind of funny because we’re all friends. Adam Green wrote me an email last night saying ‘Dude! Fuck! The Walking Dead!’ I love that we are always supporting each other and we go to the movies to see our friend’s films and we all just dig it. I love horror because it’s great.”

These are the guys I have been in the trenches with all my life, so I feel like this is my chance to get to do this with them.

When it comes to Creepshow maintaining the spirit of the original, it begs the acknowledgement of respecting the source material. With horror being the considerable lower form of film art, Nicotero thinks on the genre’s success despite the historic criticism:

“People revisit horror and it’s obviously very generational and that always seems to be cyclic, but there is something unique about the fact that it’s kind of respectable. When I was in the 80’s, when horror movies were coming out and they were making shitloads of money, everybody shamed them because there was this thought of them being ‘lowbrow,’ like they’re trash. There were some movies like Friday the 13th, Mother’s Day, and Maniac that were pretty hardcore. Everybody shit on horror movies and they thought it was just exploitation, that filmmakers were just trying to make a buck. I’ll never forget when The Silence Of The Lambs won for best picture. They would never call it a horror movie. They’d call it a “psychological thriller”, but there’s a guy killing people and cutting off their fucking skin. How is that not a horror movie?

It was considered lowbrow and I think a lot of it was because the Hollywood studio system just looked down their nose at horror. Then you have those milestone markers like The Blair Witch Project where it’s super successful, but also genuinely terrifying. It’s just having respect for the genre. That’s where I would go back to The Walking Dead. When Darabont made the pilot you could see that he respected every ounce of the material and that’s what made it so real. That’s what made it so great.

Good horror succeeds because people respect it. The guys that are now in positions like me are all guys who grew up ravenous for it and loved it and now they’re looking back on it as the ship that shaped them.”

On that thought, Nicotero leaves with a final reflection on respect and why working on something like Creepshow means so much to not only himself, but to all of the other hard working collaborators and veterans who return time and again.

Nicotero instantly replies, “I can tell you why. The creators respect the film. The current filmmakers respect the creators. They reach out to them. If somebody reached out to me to let me know that they love what I did and would love to pay tribute to it then that’s pretty amazing, that’s an amazing compliment.

That’s what I’ve been doing for the last four months, looking back on the stuff that inspired me. When Rob Schrab was shooting he was like, ‘I’m going to start crying.’ He was so excited and so happy to be here and so proud. Those are the people that should be making this material. I moved to L.A. because I wanted to work on a movie like Creepshow and now here I am working on Creepshow. I think it’s all about respect and it’s all about paying tribute to the guys who got me here. I want to pay tribute to these guys and let them know how important their work was to me and is to me as soon as I can.”

Join Greg Nicotero, Tom Savini, and loads of other dedicated horror creators as they bring The Creep back from the dead. The Creepshow anthology will continue exclusively through Shudder on September 26th. 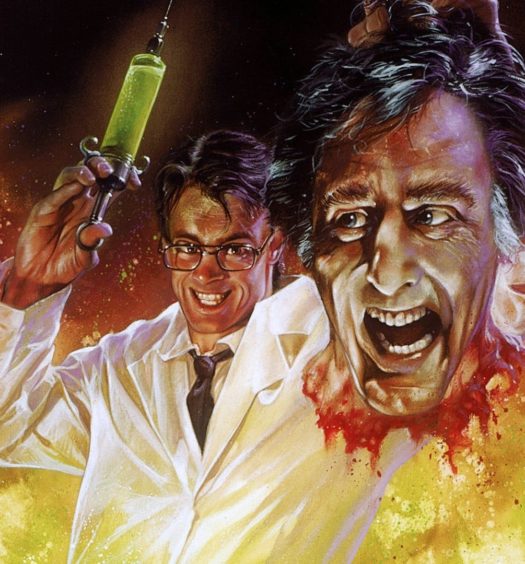