‘Get My Gun’, The Best Revenge Film You Haven’t Seen, Comes To VOD

Good news for anyone allergic to DVDs! Get My Gun, the brainchild of Jennifer Carchietta and Brian Darwas, is now also available on VOD. As a follow-up to their physical release via Tragic Bus, fans may now enjoy this gritty revenge thriller in all its HD glory through select VOD platforms. Read below for details, or check out our review.

redefining what the revenge subgenre means in the 21st century

Carchietta co-wrote and produced Get My Gun with Darwas in the director chair and a primarily female cast and crew. Their collective experience brings a new voice, and an entirely new twist, to the revenge film. In the process, Carchietta and Darwas join storytellers like Coralie Fargeat and Jacqueline Wright, redefining what the revenge subgenre means in the 21st century. Ultimately, the team’s efforts add their own unique stamp while also remaining respectful to classic exploitation cinema.

The filmmakers avoid the more banal revenge tropes, opting instead for a structure that, in their words, makes the viewer more “invested in the character[‘s] struggles.” Carchietta explained in a 2017 interview that, “If they can go through it with her, they can share in that same feeling of catharsis at the end ….” Darwas added, regarding the inspiration behind the story, “[W]hat’s the worst thing that could happen to a young woman just starting out in life. . . and, how could it possibly get worse from there?”

Get My Gun is available on VOD via Prime Video and Vimeo On Demand. DVDs are still available from TragicBus.com.

After an innocent prank leaves Amanda pregnant and out of a job, she finds herself on the verge of motherhood and the target of a psychotic stalker who will stop at nothing to get their hands on the unborn child. 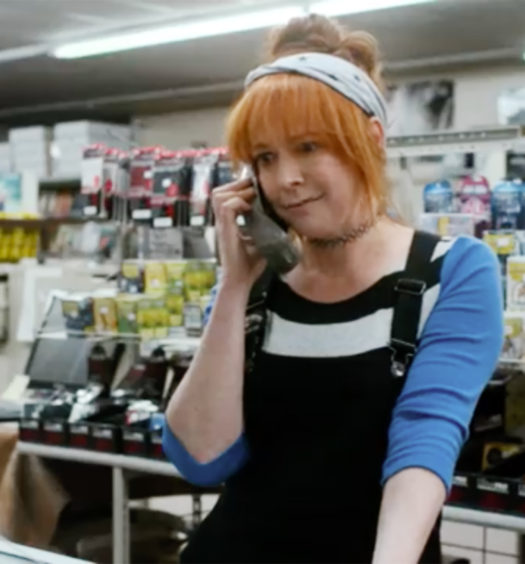