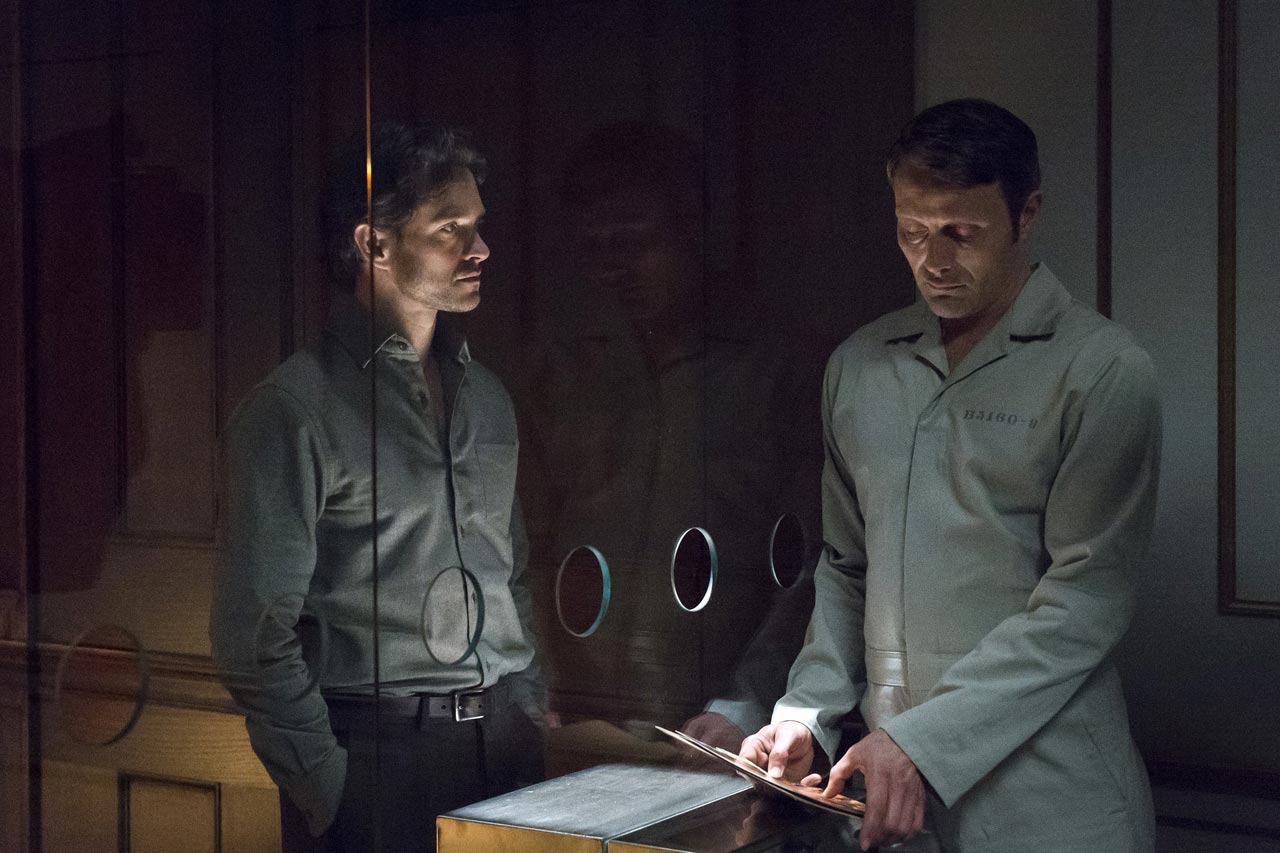 Hannibal Season 3 Episode 10, “And The Woman Clothed In Sun” [Recap]

Francis Dolarhyde is standing in front of his cracked mirror, practicing a speech like he’s going to ask someone to prom. He drives to Hannibal’s empty office and sneaks in, hooking up his laptop to the phone line. He makes a call and we understand whom that speech was for when he introduces himself to the person on the phone as “Hannibal Lecter’s lawyer, Byron Metcalfe.” The scene then reveals the other half of that conversation from last week, and as Hannibal answers the phone, Dolarhyde is overcome with emotion. Then, Dolarhyde is sitting in the patient’s chair across from Hannibal himself, who is dressed in a suit. Using lines from Red Dragon, Dolarhyde expresses his dismay over Hannibal’s “unfair reviews” in his press clippings. Hannibal, in turn, empathizes with Dolarhyde’s hatred of the nickname “The Tooth Fairy”: “What could be more inappropriate?”

Hannibal continues: “Your speech is bent and pruned by disabilities… but your words are startling.” The courtship has begun. Dolarhyde admits he wants to be “recognized” by Hannibal, who replies with “As John the Baptist recognized the one who came after?” (Hannibal doesn’t have a God complex, uh uh, no way.). But Dolarhyde is also watching himself talk to Hannibal, viewing this scene in his own imagination palace. “I have… things I would love to show you.” He wants to watch Hannibal “meld with the strength of the Dragon.” Hannibal asks. “Did he who made the lamb make thee?” And there amongst flames and stones, appears the Great Red Dragon, who spreads his wings as Hannibal admires him.

Bedelia is giving a lecture to a room full of people. The Harrowing of Hell, a painting attributed to one of Hieronymous Bosch’s followers, is projected behind her. Repurposing Clarice Starling’s words from Hannibal the book, she tells the room that she “awoke in the fresh-smelling semi-dark” with “the vague awareness of a needle bleeding into me.” Will shows up and takes a seat and Bedelia approaches him and touches him on the shoulder, stating that what we consider our “sense of self” is “nothing more than a construct of the mind.” She goes on to explain that before Dante’s description of Hell as an “urban environment,” people spoke of Hell as a “mouth.” “My journey to damnation began when I was swallowed by the beast.” There is applause but not from Will.

He sticks around because he has a bone to pick. “Poor Dr. Du Maurier… suffering in Hannibal Lecter’s bowels… you didn’t lose yourself, Bedelia, you just crawled so far up his ass you couldn’t be bothered.”

WILL. DON'T SASS THE WOMAN WHO ASKED HANNIBAL HOW HIS SISTER TASTED. #Hannibal #TameTheBeast

“Hello Will” is her only reply. He calls her the “bride of Frankenstein” but she points out that “we’ve both been his bride.” Why isn’t she covered in scars like he is, Will wonders, but Bedelia has a reply for that, too. “I wasn’t myself. You were.” “I wasn’t wearing adequate armor?” “No, you were naked.”

She asks if he’s seen Hannibal and he says yes. “You haven’t learned your lesson, have you? Or did you just miss him that much?” Bedelia is sailing that ship, too, I guess. He asks her if she’s seen Hannibal but she says that she’s “seen enough of him” and that Will was “always on the other side of the veil.” “Something we should talk about,” he says, seeming contrite. “You’ll have to make an appointment.”

Dolarhyde takes Reba to the zoo so she can “see” a tiger. The beast in question has been sedated in preparation for dental surgery. He steadies a clearly nervous Reba by the wall. The veterinarian says he can describe as much as she likes, but she asks: “D, I’d like to tell me what you see.” Dolarhyde, in more dialogue from the Harris text of Red Dragon says, “He’s striking… the orange is so bright, it’s almost bleeding into the air around him. It’s radiant.” We see what Dolarhyde sees; the fur of the tiger vivid orange and glowing as Reba gently strokes the animal. Bryan Fuller is giving William Blake a real workout.

Here’s a great analysis of the poem and how it relates to Blake’s vision of the creation myth in the Christian bible, written by Dr Ed Friedlander, a pathologist with an undergraduate degree in English Lit who “does autopsies and helps with criminal and civil cases and teaches as a medical school chief.” (!!!!) “The Tiger is about having your reason overwhelmed at once by the beauty and the horror of the natural world.”

Back at Dolarhyde’s, Reba makes them two very dry martinis and says he’s made an “elegant and eloquent gesture,” that he’s “full of surprises.” “I don’t think anyone at Gateway knows you at all.” Alarmed, he wants to know if she asked, but she didn’t. She also didn’t ask what he looked like but they told her anyway. Dolarhyde shrinks back, afraid of what she’ll say. “They said you have a kind of hard, clean neatness that they like” and that “you shouldn’t be sensitive about your face.” She finds him sitting on the sofa and goes to kiss him, then caresses his chest and legs. When she rests her head in his lap and goes for his waistband he gasps and drops his glass. “I hope I didn’t shock you.” He grabs her, picks her up, and carries her into the next room. What follows is a dreamlike, erotic sex scene that focuses on Dolarhyde’s rippling, tattooed back and Reba’s obvious pleasure. Dolarhyde envisions Reba above him, clad in flowing robes and illuminated in gold, and a tear escapes from his eye. 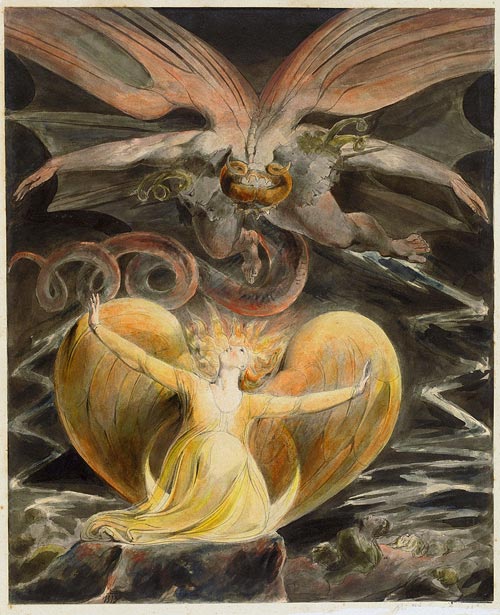 He wakes and feels her heartbeat then goes back to sleep. He dreams of pearls, teeth, a gun… then wakes in a panic to realize Reba’s no longer beside him. He visits the Red Dragon painting and then finds her in the parlor, fully dressed. She says she has to go and he says he’ll take her home.

At the BSHCI, an attendant named Denise brings the phone to Hannibal and threatens to mace him in the face if he moves before he hears the lock snap.

Hannibal opens up the receiver and uses a gum wrapper to short the wire and get an outside line. He calls Chilton’s office under the guise of “Bob Greer” and flirts with the receptionist to get Will Graham’s address. UH OH

Now Will is at Bedelia’s, telling her that if Hannibal eats her she “had it coming.” She says, “Murder and cannibalism are acceptable to murderers and cannibals… and you.”

At what point do the #Hannibal characters stop the snarky puns & just start a round of good old fashioned mud wrestling? #TameTheBeast

She claims to have given Hannibal “covert” treatment because he was “never not my patient,” and fesses up to losing “professional objectivity” and not for the first time. In a series of smooth edits between the past and present, Bedelia is next talking to Neil, a former patient of Hannibal’s who admits he’s paranoid. “There’s something wrong with Dr. Lecter,” Neil claims, saying, “He knew I knew” and that’s why Hannibal terminated their doctor/patient relationship. He adds that when Hannibal administered phototherapy Neil “woke up somewhere else.”

Cut back to Bedelia and Will, who asks, “How is one patient worthy of compassion and another not?” Bedelia knows she’s not “morally consistent” and throws his own question back at him but substitutes “patient” for “murderer.” Will asks, “Did it ever occur to you to kill another patient when you were behind the veil with Hannibal?” “My relationship with Hannibal is not as passionate as yours.” All aboard the SS Hannigram!

Then a cutting barb: “Is your wife aware of how intimately you and Hannibal know each other?” Will: “She’s aware enough.”

Bedelia wonders: if Will couldn’t save Hannibal, how does he think he can save “this new one?” Back to Bedelia and Neil, who is panicking. “You’re just as twisted as he is!” he exclaims. Now Bedelia is administering the Voight-Kampff test to Will: “You see a wounded bird in the grass…what do you do?” “I want to help it.” Bedelia agrees that her first thought is also that the bird is vulnerable, “and yet I want to crush it.” Back to Neil again, who shouts, “This is culty and weird!” before he begins to choke on his own tongue. Bedelia, under the guise of clearing his airway, shoves her arm down his throat before he dies and she collapses next to him. Back to Bedelia and Will as she reassures him that he’s not a killer but advises him to consider crushing instead of helping next time.

THIS SHIT IS DEEP, YO.

Will brings a photo of that carving he found in the tree at the Leeds house to Hannibal and tells him it is a Mah Jongg tile that marks “the red dragon.” Hannibal flashes those shark eyes of his and asks if Will is familiar with the Blake painting but he isn’t. Hannibal, ever the pedant, quotes Revelations, “And behold a Great Red Dragon.” (Read the full text here.)   Hannibal describes the painting: “Few images in Western art radiate such a unique and nightmarish charge of demonic sexuality.” Will is clearly uncomfortable and tries to change the subject, asserting unconvincingly that he’s sure he’ll find a connection between the Tooth Fairy’s victims. “Eleven days to the next full moon, tick tock,” chides Hannibal.

“I like this red dragon, Will,” he says, smiling. “I think he’s quite sane.” We see Will’s reflection ghosted over Hannibal’s image in the glass and then Will, glowering and visibly upset. They are merging again.

At the Brooklyn Museum, Dolarhyde signs in as “John Crane” and meets up with museum guide Paula Harper, pretending that he’s writing a research paper on Thomas Butts, a patron of William Blake. They go upstairs to where the Blake painting is held and she reminds him he cannot touch it. But then he hits her on the head, drags her to the side, takes it out of its protective sleeve, sniffs it, and then, horror of horrors, ACTUALLY EATS IT, wearing his nasty dentures.

At the same time, Will is downstairs at the museum, where a guide tells him he’s the second person to ask to see the Blake that day. As they arrive upstairs and the guide looks for Paula Harper, Will notices someone dart into the elevator behind him. He slowly approaches. He and Dolarhyde make eye contact and there is consternation and recognition. Then Dolarhyde throws Will against the back wall of the elevator and onto the floor. Will scrambles downstairs, but Dolarhyde has already disappeared.

Three episodes left, you guys. I don’t know if I’m emotionally prepared. Fuller is blowing my mind and giving me all the feels with his vision of Red Dragon. 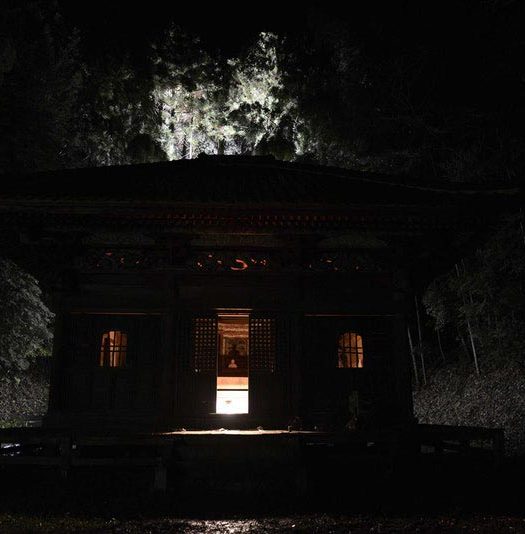