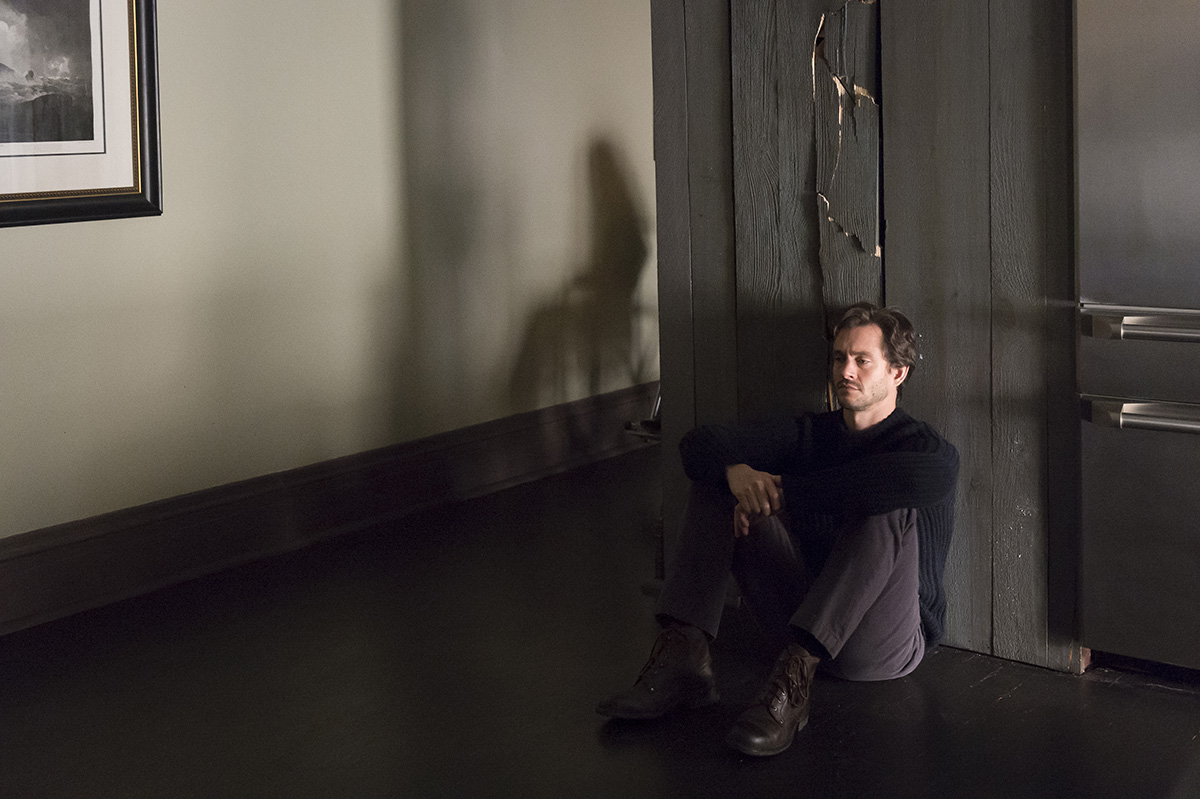 On Monday, June 22, fans everywhere cried in anguish as news that NBC had cancelled Hannibal hit the Internet. Although this was a crushing blow, Gaumont, Martha De Laurentiis, and Bryan Fuller have all expressed their commitment to making Season Four (and beyond?) a reality, though “where” is still an unknown factor. A Change.org petition, has at the time of this recap’s publication, more than 68,000 signatures.

Fans managed to pull themselves together for Episode Four, titled “Apertivo.” The word is defined as “food or drink to stimulate the appetite (usually served before a meal or as the first course).” If the slow pace and moody atmosphere of the last two episodes didn’t make your mouth water, this one certainly brought the flavor, proving that despite Hannibal‘s cancellation news, there’s still plenty of meat left on this particular carcass.

We saw the destruction Hannibal brought down on Will and Abigail in the previous two episodes. “Apertivo” reveals what has happened with Jack Crawford, Alana Bloom, and even that pompous ass, Frederick Chilton. Chilton’s not-fatal bullet wound at the hysterical hands of Miriam Lass gets the CSI treatment, complete with slo-mo and eye- (and tooth-) popping gore.

Next, Chilton is talking to a masked Mason Verger, now played by Joe Anderson after Michael Pitt’s departure from the show after Season Two. Pitt’s performance was stellar, but Anderson fills these expensive shoes quite well, especially when he taunts Chilton with a nasty dare: “You show me yours and I’ll show you mine.” Mason removes his plastic face while Chilton takes out a contact lens and at least half of his teeth. Chilton conveys the tantalizing info that Mason has a million dollar bounty on Hannibal’s beautifully coiffed head and then asks him, “What do you fantasize about?” Even Mason is disturbed by this query because he quickly fires Chilton as his psychiatrist, though one suspects Chilton would probably work for free, the vulture.

There’s a revisit of that now-famous bloody embrace between Hannibal and Will in the kitchen from last season’s finale, complete with a view of the knife as if we were right inside Will’s guts. But wait, this is Will dreaming in his hospital bed. (Those are some sick fantasies, son.) Then, a brilliant revision of the scene from “Primavera” when the hospital doctor informed Will he had a visitor. It’s not Abigail; it was never Abigail. It was always Chilton, who arrives bearing flowers and empathy, though it feels a lot more like smarm.

He tells Will, “I can help you get Hannibal out of your head.” Will: “And into your hospital.” Fannibals: “And into your bed.” Will tells him he’s not interested and Chilton’s face looks more deflated than it did when he took out his teeth.

Will, pondering, sees himself split in two, then recalls his final dinner with Hannibal and Jack. The music here (Peer Gynt, Suite No. 1, Op. 46 – II. Aase’s Death) is exquisitely painful as is the imagery: Will holds Jack down while Hannibal attacks. As the music swells, so do sparks from the welding equipment that Will – now in his garage – is using to fix a boat motor.

Jack approaches from behind, but Will barely acknowledges him, only looking briefly over his shoulder. O HAI I WAS JUST FANTASIZING ABOUT HELPING MY MURDER HUSBAND SLIT YOUR THROAT. ‘SUP BRO?

The following scene is tense and heartbreaking. Jack: “I had hoped you would come look for me. But I understand why you didn’t.” (I don’t think you do, Jack.) “I’m here to make sure you don’t contradict the official narrative,” he states, not at all threatening or anything. “We’re officers in the FBI, wounded in the course of heroic duty,” he finishes.

“That’s not true for either of us,” remarks Will. Jack is trying to hard to appear jocular here, but it comes across as terribly false. He questions when Will decided to call Hannibal and adds an accusation: “You told him we knew.”

There’s a pause during which we witness, thanks to Dancy’s impeccable acting, all the agony that Will continues to endure. “Because. . . because he was my friend. And because I wanted to run away with him.” Jack’s face transforms into something approaching mild horror. The rest of us just scream, “CANON!” at our televisions.

Now it’s Alana’s turn. After a slow motion flashback sequence of her being pushed from Hannibal’s second story window, Alana next appears in a hospital room that looks like something out of Prometheus, complete with a bandage bikini and a giant arc of metal pins holding down her pelvis. Apparently making his rounds, Chilton shows up. With flowers. (Does he just cart these around?)

Alana seems. . . saucier. The doctors told her marrow leaked into her bloodstream and that it makes her think “differently.” Some of the symptoms of fat embolism are agitation, delirium, and a petechial rash, which is clearly visible all over Alana’s wounded frame. Chilton can barely contain his glee at the thought of getting Will and Hannibal back into each other’s arms, uh orbit, and Alana likes this idea, suggesting that some “manipulation” is required.

Later, a wheelchair-bound Alana explores Hannibal’s now empty home and spies Will sitting on the kitchen floor. He’s “just visiting old friends” in the memory palace he’s working on. Alana wonders if he doesn’t want to forget. “I came here to be alone,” he pronounces, “If you wouldn’t mind.” She exits and he looks to his right, where a bloodied Abigail (who has become Pascow, apparently) sits with a sympathetic look on her face.

We’re not done with Alana yet. She arrives at Muskrat Farms, looking like a film noir femme fatale in a red coat and lipstick to match, with a cascade of Veronica Lake waves down her shoulder. She meets Margot who gives her a once over and warns her not to accept any chocolate from Mason.

Alana seems only mildly disgusted by Mason’s destroyed face. “Dr. Lecter got deeper inside you than he did any of us,” he chortles, before choking and drooling over his own disgusting double entendre. They spar a bit (about The Riz, no less) before Alana declares, “I don’t need any religion to appreciate the idea of Old Testament revenge.” Ah, so Alana seems primed take the bait that Pazzi did in Hannibal the novel, with a dash of Clarice Starling for good measure.

Then it’s back to Jack. He recalls fighting with Hannibal and trying to staunch the blood flow from his neck as he calls Bella on his cell phone. He wakes up next to her in a matching hospital bed and reflects on whether he’s dead or if he came back from the dead. Bella tells him, in her breathless way, that he should stop trying to go into the ground with her.

Chilton must be doing his rounds: he shows up at Jack’s office as he’s packing up his stuff due to forced retirement. (What? No flowers, Frederick?) Jack isn’t amused. “The first thing you did after getting shot in the face was copyright ‘Hannibal The Cannibal’.” He suggests that perhaps Will and Hannibal’s friendship is over thanks to the “disemboweling.” Then Chilton, who’s the biggest shipper of all, interrupts: “I would argue with these two that’s tantamount to flirtation.” Uh huh.

Back at home, Jack watches Bella sleep fitfully. He gives her an extra dose of morphine, holds her, and cries, while we all hold our breath and she exhales her last one. Alana helps him pick out a dress for her and Jack curses the unchanging view from his bedroom window. It’s a devastating sequence.

At the funeral, Jack imagines Bella as a bride walking down the aisle, but the only person walking down that aisle is Will Graham. “I know what’s coming for you, Will,” Jack chides gently. “You don’t have to die on me, too.” He gives Will Hannibal’s handwritten condolence note that accompanies the bouquet he’d sent to the church. That well-mannered bastard.

Mason Verger is now getting his face massaged by his nurse/manservant/hit man Cordell. “I would like you to begin arrangements for Dr. Hannibal Lecter to be eaten alive,” he instructs. “Do you have a preference for how you would like him prepared?” “Oh, Cordell. If I had lips I would smile.” Ew.

Not one to be left out, Mason gets his own flashback, in a Dead Ringers-style operating theater, as his noseless, lipless face gets skin grafts. “Good as new,” he declares. 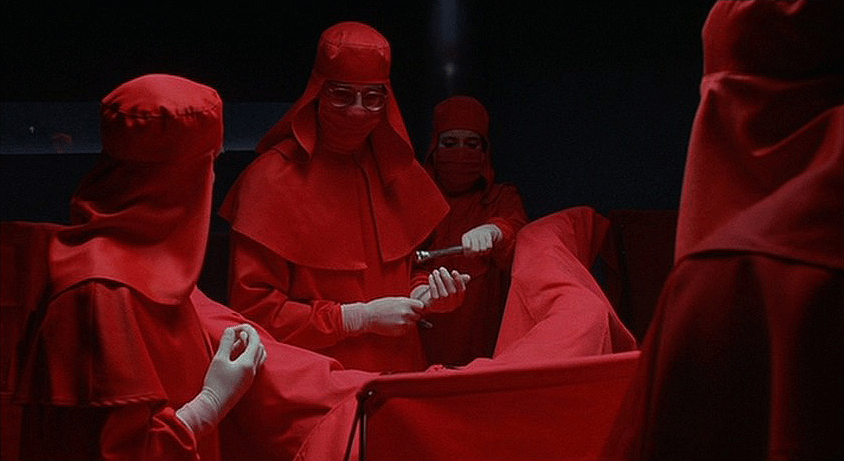 Mason then consults with Alana, in order to make his culinary wishes come true. “Europe is where a man of his taste would settle,” she observes, and again, Fuller is lifting Clarice Starling’s strategy from the text of Hannibal.

Like everyone else on the show, Jack can’t stay away from Will Graham. He goes back to his house only to find Alana with the dogs. “He’s already gone, Jack. Will knows what he has to do,” she states confidently. “Do you?”

But does he? That boat motor is now fixed and Will is sailing off to. . . Italy?

Earlier, Cordell had told Mason that, “scar tissue is an awesome demonstration of self-preservation.” It may be the only thing holding Will Graham together at this point. 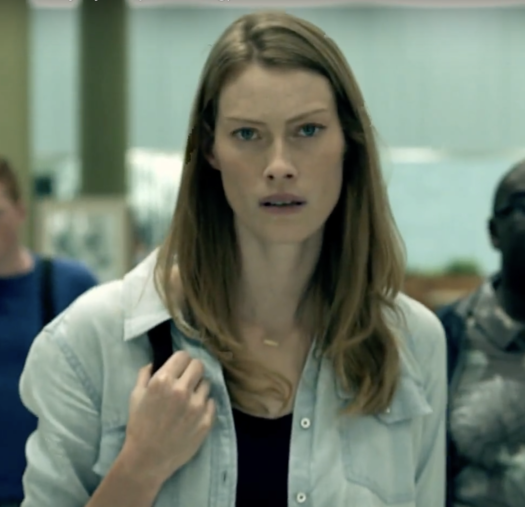 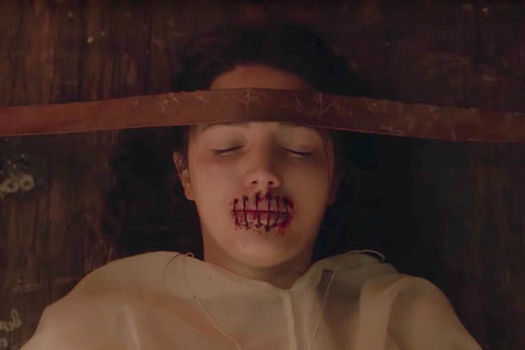