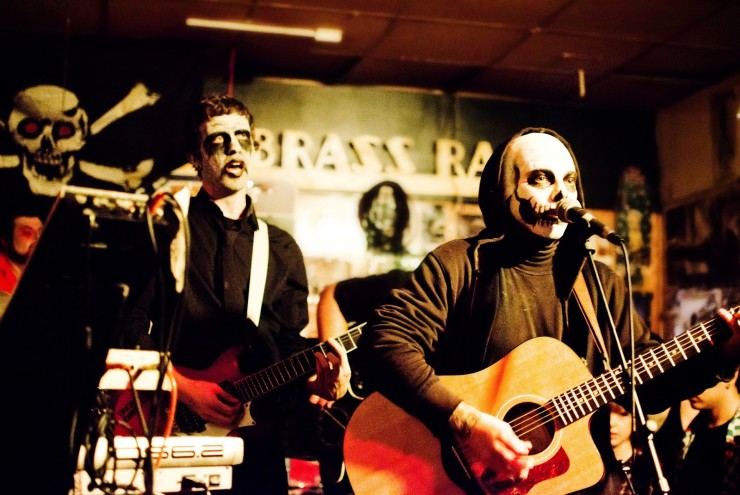 The horror community is filled with all sorts of things from films to shows to books to a plethora of other terrifying entities. What seems to be lacking are musical artists that associate or define themselves as part of the realm of horror. Don’t get me wrong they’re out there, but the market treads on a thin line. In most cases those very artists remain within a small or local community and that is a damn shame. Granted, it can be hard for studios to sell artists to a mainstream audience when their songs are about blood, guts, monsters and violence. But, if you’re like me – then I am more than sure you could appreciate the spooky and demented sounds about pulsating boils, inane amounts of viscera, mutilated limbs and such. If I’m correct – then I believe this band is for you.

Christian band turned to monster themed enthusiasts, Harley Poe is a horror folk/punk band straight out of Kokomo, Indiana. Yes, you heard correctly. Originally the band started out as the christian band Calibretto 13, after their transition in song writing their label ultimately dropped them. Surprisingly, singer/song writer Joe Whiteford does not view the break as a bad thing. Instead he saw it more as a next step in his art stating, “There is no departure, no falling away or turning around. My art and music, whether it’s Calibretto or Harley Poe are all part of the same path. They all come from this heart and this mind.”

Their tones can be compared to the Violent Femmes, but their lyrics however, are extremely dark, demented and twisted beyond belief. With songs like “Transvestites Can Be Cannibals Too” and “Corpse Grindin’ Man,” you know you’re in for a treat.

Composed of Joe Whiteford (guitars/Vox) Gregg Manfredi (bass/back-up vox) Cristian Riquelme (Drums/Percussion) and Wesley Plantenga (electric guitars/guitjo), Harley Poe aim’s to lure you into what they refer as “the band’s world” that is filled with monsters, vampires, werewolves, serial killers, and cannibals or in some cases all of the above mixed into one giant nightmare. Frontman, Joe Whiteford describes the bands obsession with horror as a study of humanity.

“Horror is a study of humanity’s fear of death and the unknown. It can be cathartic, just like Christianity, or any religion for that matter. Religion is a way for mankind to deal with the fear and inevitability of death. That’s ultimately what horror is; the fear of being killed,” says Whiteford.

Each of their songs emulates a certain emotion or feeling that society tend to keep locked behind closed doors. Harley Poe goes in a different direction and highlights, sometimes celebrates, those feelings in a grotesque and often hilarious way. All packed together with upbeat music and catchy tunes that will have you singing along. (Beware, I was walking around campus once singing along with “Father McKee” — a song about those damned priests and their alter boys — and got the weirdest looks.)

All in all, Harley Poe is a band for all you wierdos and horror enthusiasts out there. Their songs will fill your life with happiness and complete fright. Below I have posted a playlist of their album “Satan, Sex and No Regrets.” If you like what you hear be sure to check out their WEBSITE, listen to more of their music and support them by purchasing any or all of their albums. 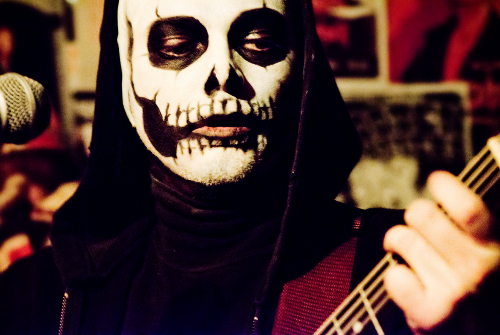 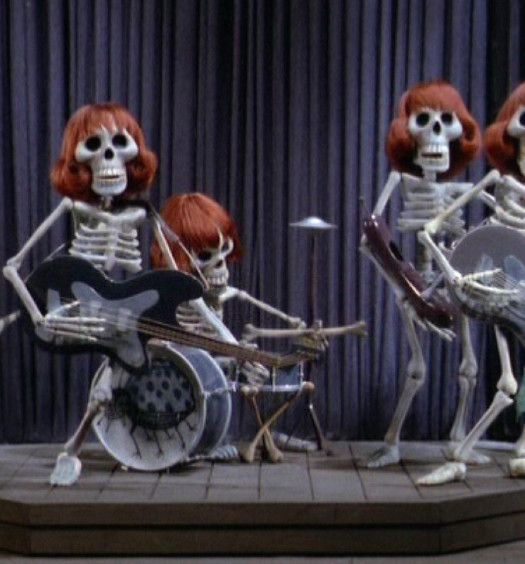 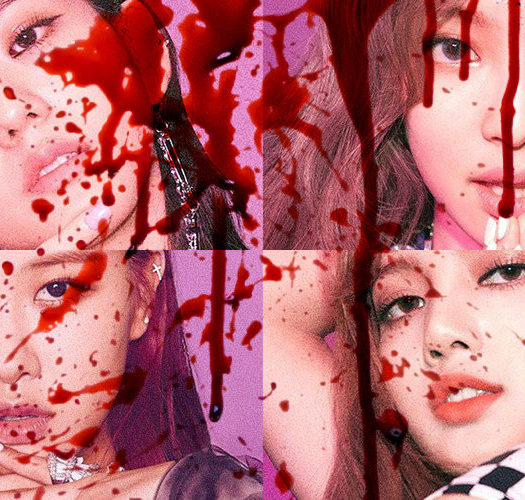 BLACKPINK and White: The Horror of K-Pop

Read More
BLACKPINK and White: The Horror of K-Pop