By Grey  •  5 years ago  •  Featured, Reviews
132
SHARES
ShareTweet
Plot Synopsis
After their parents’ death, the Rademacher twins travel to Michigan to close the family home. While there, tragedy strikes as they must fight for survival.  What follows will change them both forever.

Directed by first timer Jerry J. White III and written by leading man Raymond Creamer, The Horror may be one of the more impressive genre debuts I’ve seen this year.  The film has a resonance that lingers and a subtlety, which unfortunately may not be for everyone.

The Horror is a quiet film, small in terms of scope and breadth.  The film’s magic lives in it’s character moments and in the performances from its stellar cast.  There is not a single weak performance in the entire film.  While not everyone gets a lot of screen time, every player brings their all.  The standout performance is from Raymond Creamer as Malcolm Rademacher (who also wrote the film).  Effortlessly charming and charismatic yet complex and dynamic, the film hinges on his performance and he nails it.   Callie Ott as Isabell Rademacher also turns in an amazing performance.  Together Creamer and Ott form the heart of the film.  We view their relationship through the lens of tragedy and how they change and morph as a result of it.

The directing, while not overly impressive, is effective when it needs to be.  Carpenter-esque pans sweep about to reveal unsettling surprises but for the most part the camera gets out of the way to let the story unfold.  Unfortunately this means there are scenes throughout the film that essentially involve talking heads.  These scenes might not work and could seem like a chore if it weren’t for the compelling performances and spectacular dialogue.

The narrative is conveyed in fractured pieces the audience must fit together.  Not everything is spelled out and the conclusion is ambiguous, almost maddeningly so.  The film has many moments that only make sense within the larger context of the story.  While it could be considered anti-climactic, the film’s final scene is a logical progression of the journey the characters take throughout the film.  There were subtleties that I only appreciated on a second viewing.  Additionally the film became clearer once I discussed it with someone else.

The Horror is a dense, moody exercise in character exploration that may demand too much from an age of shorter attention spans and competing focuses of attention.  However, if you are willing to invest in this cinema experience you will find this is a journey worth taking.

Slow and deliberate, quiet and unsettling.  The Horror will burrow into your brain and cause you to murder your hairdresser. 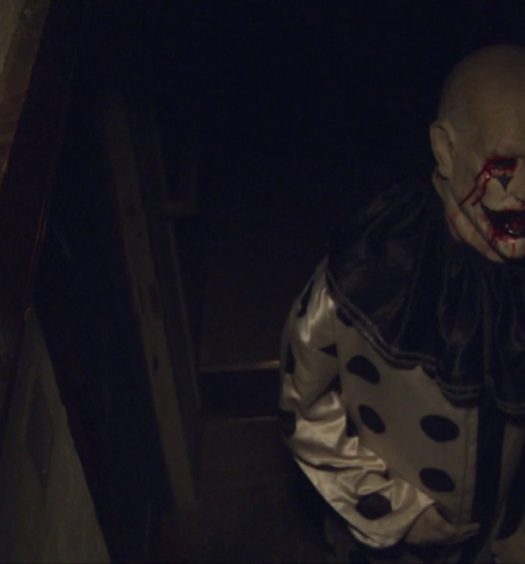