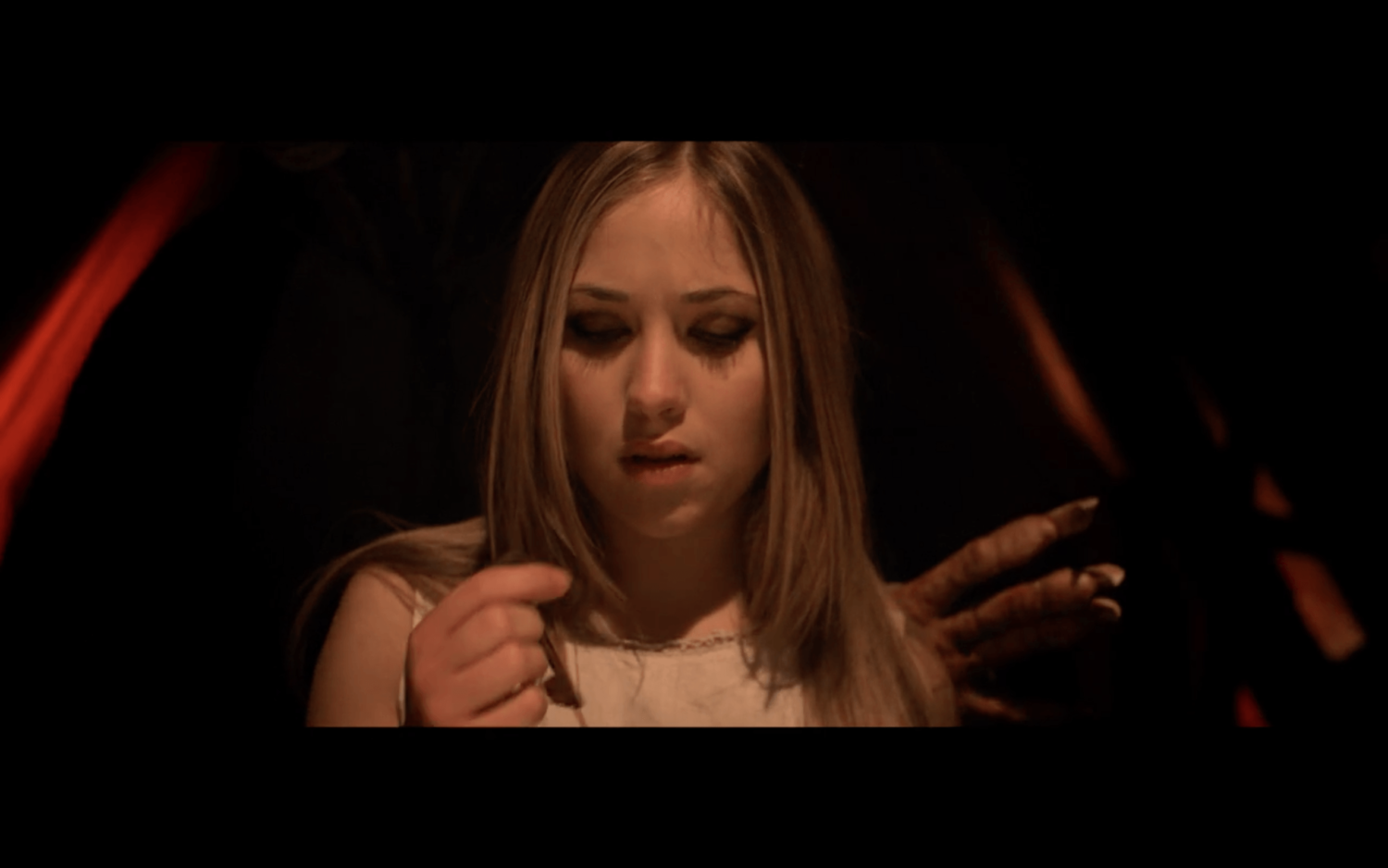 Many horror movies end up resembling nightmares, but few actually take on their form.  Horror movies have rules; a beginning, middle, and end.  Nightmares start and end without context.  They dredge up symbols from our unconscious that we can’t comprehend.  No other movie I’ve seen has emulated the helplessness, the paralyzing despair and confusion of a nightmare like Romain Basset’s Horsehead.  Every aspect of the film departs from your expectations of the form of horror movies, and it’s a marvelous experiment.  Unfortunately, jettisoning the trappings of a traditional film leaves the movie unmoored; when you watch it, you feel like you are reaching out for meaning that you don’t know is even there.  So much of the movie feels ineffable and inaccessible, much like your worst nightmares.  However, that’s got to be the point, and in that regard the movie is incredibly effective.

The plot of Horsehead is less central to the essence of the movie than most other horror movies; ostensibly, it’s about the protagonist, Jessica, and how she battles her relationship with her mother through a series of nightmares.  After the death of her estranged grandmother, Jessica ventures to her mother and stepfather’s home to pay her respects. Jessica’s relationship with her mother is at best strained.  Jessica has apparently long been haunted by nightmares, and studies what the film calls the “physiopsychology of dreams,” the way our dreams and the waking world intersect.  We never really get an explanation for Jessica’s character or the origin of these nightmares, and the basis of the tension between her and her mother is eventually explained, but without catharsis.  But the events of the plot are much less important than the film’s themes and symbolism.  Much like last year’s breakout The Babadook, Horsehead is fundamentally a movie about the relationship between mother and child, and the burdens a parent’s guilt places on an adult child.  The film deals with these themes in extremely violent, sexual ways.  There are some sadistic scenes involving…well, let’s call them improperly conducted abortions.  This is not a comfortable film to watch.  But that’s what makes Horsehead so fascinating.

Horsehead kicks horror conventions to the curb, and this rejection of trope is apparent from the first scene.  Horror movie tradition dictates that filmmakers show the characters in a state of normalcy before they unleash terror on them.  You give the audience a baseline to understand the horror visited upon them; you hide the monster until the big reveal when all hell breaks loose.  The closest Horsehead comes to normalcy is Jessica’s train ride to her parents’ place during the title sequence, but that comes after the head trip of an opener.  The film establishes the red color motif immediately, showing Jessica draped in red curtains.  The movie reveals the titular monster in full view, after a haunting series of quick cuts and piercing high tones as Jessica writhes in her sleep.  The intro is a perfect microcosm of the movie and sets the nightmare tone: just like a dream, you’re dropped in without knowing how you got there, and all you see is horrific imagery spewed forth from your unconscious.

Basset, directing his first full-length feature, displays a remarkable command of filmic techniques.  Every aspect of the film contributes to its nightmarish quality.  Horsehead is an incredible experiment in the use of color: Jessica’s nightmares are dominated by deep reds, which are sometimes contrasted with blue-filtered scenes to great effect.  The  lighting in this movie is impeccable.  Even in Jessica’s waking scenes, when she’s interacting with her parents in what amounts for normalcy in Horsehead, are alternately bathed in a soothing soft yellow or a dim, tense low lighting.  A particularly effective example of this is found early in the film, when Jessica, her stepfather and mother are sitting at the dinner table at Jessica and her mother tersely exchange words.  The camera crops the shot close, imparting a feeling of claustrophobia; the lighting is uncomfortably dim, just enough to mirror the tension between Jessica and her mother in their reflections in the window.  Basset uses color to create Jessica’s nightmare world: the deep reds and cold blues starkly contrast with the diffused golden glow of her waking life.  This use of photography gives Horsehead an immediate and striking visual identity.  Director of photography Vincent Viellard-Baron should be commended for his composition and use of color on display here.

As effective as Horsehead is at emulating a nightmare–I think it’s one of the most effective uses of psychological horror since Adrian Lyne’s Jacob’s Ladder–it’s definitely not a traditional movie.  Don’t watch it if you’re looking for a “good time,” and definitely don’t watch it with anyone who isn’t ready to get strapped into a 90-minute hallucination.  Also, while dropping the audience into the story essentially in medias res contributes wonderfully to the atmosphere of the film, it makes the film thematically opaque–it will take several views to piece together the sexual and familial imagery and symbolism used in the film.  If you’re prepared to take on Horsehead, however, you’ll be greatly rewarded.  I’m looking forward to what this crew can do next.

Purchase or Rent Horsehead from Amazon.com

If you’re trying to find a movie to watch with friends over a few beers, this isn’t it.  If you want a movie to drag you trembling into the depths of the subconscious and show you the horrors it contains, this is it. 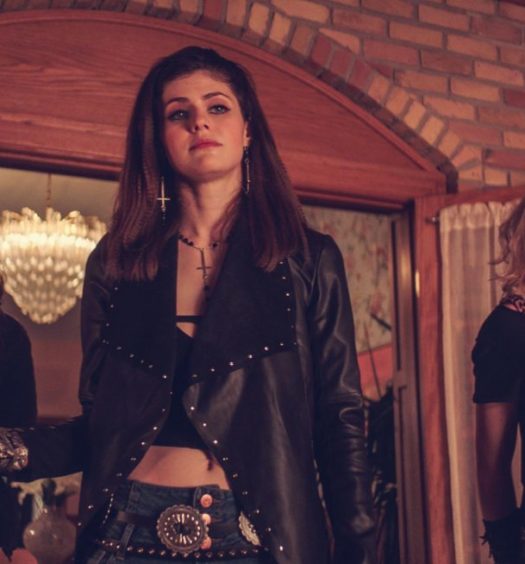 The Modern Horrors Podcast EP 188: The His and Hers Horror Show

Read More
The Modern Horrors Podcast EP 188: The His and Hers Horror Show 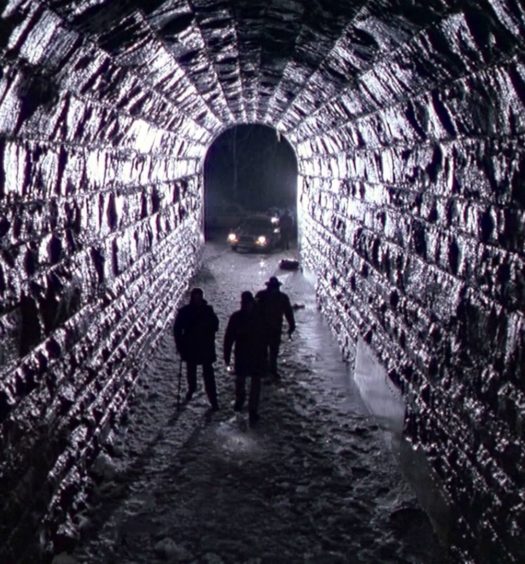