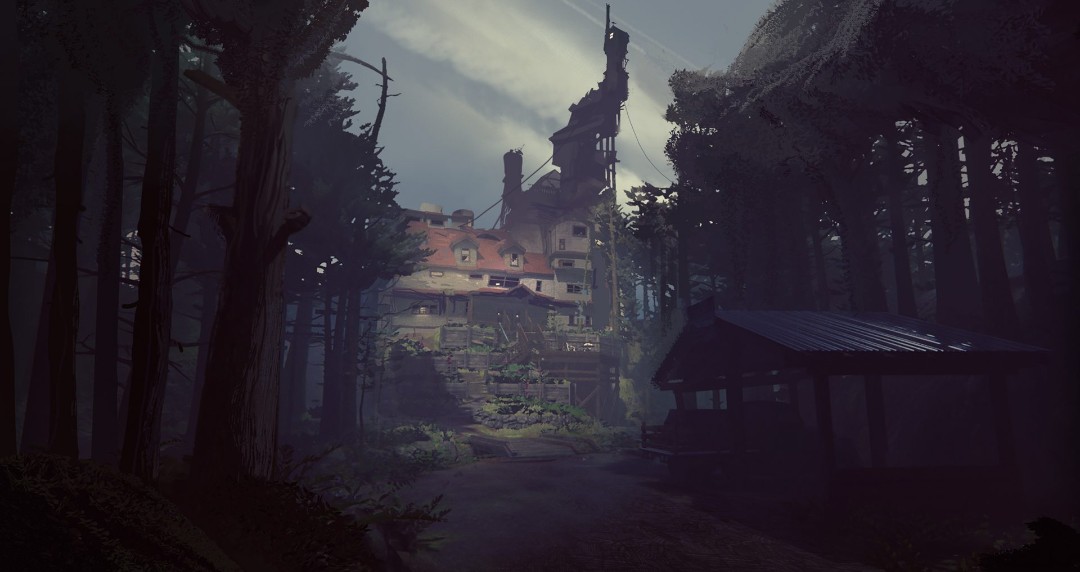 It Can Be Horror: What Remains of Edith Finch

It Can Be Horror is a feature that spotlights media outside the horror genre and drills down to its core to find out what’s truly terrifying about it (There will be spoilers).

To some, the reality of their mortality is an inevitable eventuality that doesn’t warrant the worry, concern, or in my case sheer terror of thought because there’s nothing you can do about it. And that’s logical, we’re all going to die eventually. If you’re like me, that understanding hits you in short burst of crippling anxiety, gnawing at the back of your mind during the most mundane work tasks, giving you chills of reality at the most random moments of your day. But if you’re like the Finches you embrace the finality of death with a familiarity often taboo in video games. WHAT REMAINS OF EDITH FINCH is a game about dying, or rather the act of dying. The Finches believe their family is cursed to die prematurely. As Edith Finch, you’re not tasked with solving what’s killing them or even stopping it. You’re basically waiting your turn.

Developed by Giant Sparrow and published by Annapurna Interactive WHAT REMAINS OF EDITH FINCH isn’t a horror game per se. It’s akin to a ghost story that can probably be more accurately described as a story about your ghosts. As the titular character Edith Finch you find yourself exploring your old childhood home with the vague goal of understanding your family history. You do that by exploring different rooms, learning about who lived in them and then finding their journal. These journals allow you to experience the last moments in that person’s life through clever vignettes that vary in theme and complexity. Every one of the Finches has died under mysterious circumstances. With a propensity to exaggerate, they can be considered unreliable narrators. To hear them tell it; a sea monster killed Molly, learning to fly is what brought Calvin to his untimely death, and Barbara’s life was cut short by Hollywood movie monsters. The Finches are strange birds (pun, entirely intended), but beyond their collective madness, what’s happening to them is pretty weird, and only through exploring and obsessively clicking on anything interactive does the player truly get to understand their bizarre situation.

WHAT REMAINS OF EDITH FINCH can be horror because its relentless pursuit of the player to face their own mortality one death at a time. It does this in a number of ways.

One of the first rooms you find belongs to Molly, one of the youngest Finches. She died in her bedroom. What she imagines is a sea monster under her bed is really a hallucination from poison berries she ate after being sent to her room and denied dinner. As the sea monster, you drag around a murky ship pulling down unsuspecting victims and satiating your hunger until you reach the shore. As you make your way to the Finch home the concept begins to take shape. Your goal becomes clear. The girl must die. Okay, it’s really not that dramatic but still playing from the perspective of the sea monster is a unique and fun way to approach child murder.

Another example of a more traditional take on horror is the former child star, Barbara Finch. Barbara never truly recovered from her short acting career. Her room is adorned with all sorts of cardboard cutouts, and movie set paraphernalia. When her home gets invaded her fight for survival pushes into familiar tropes for any fan. But inevitably the house always wins, and in WHAT REMAINS OF EDITH FINCH you’ll learn all paths lead to your demise. Just like in real life. But cheer up because at least your kids are eventually coming with you! Exciting! Anyway back Barbara’s hopeless struggle to survive because this segment needs to be highlighted. It has by far one of my favorite moments in all of gaming. The nature of this feature is to be spoiler heavy but I really don’t want to ruin this one. It’s pretty great for HALLOWEEN fans. It’s a must-play moment, you owe it to your fandom. No seriously. Play it.

While EDITH FINCH does have its moments of macabre fun, it doesn’t shy away from serious issues. As the game progresses it takes on some complex notions like drug withdrawal-led suicide and parental neglect that eventually leads to an infant’s death. Just as in the other vignettes, these are played from the perspective of the soon-to-be-deceased. In Gregory’s case, you play as a toddler with a wild imagination. When you’re left in a bathtub a moment too long things start to get a bit out of control. One moment you’re lifting rubber ducks and other aquatic toys in and out of the water splashing around, and the next the tub is filling dangerously high and things take a severe turn for the worse from there. Of all the segments in WHAT REMAINS OF EDITH FINCH, I found Gregory’s to be the most surprising. I truly didn’t know if developer Giant Sparrow was going to take it there. But oh boy they do.

On to what is probably the most popular segment of EDITH FINCH. This is Lewis at the fish cannery. From walking through Lewis’ room you see he has a penchant for drug and alcohol abuse. This is significant because Lewis had just come back from rehab when he got a job at the cannery. The job is supposed to give Lewis something constructive to do, keep him from becoming too isolated. Unfortunately, it seems Lewis came back from rehab a different person. At the cannery you have the mundane task of grabbing fish, lopping their heads off with the automated guillotine and throwing them on the conveyor belt for packaging. What they say about idle hands can also be said about idle minds and where Lewis’ withdrawn thoughts go while he works is another one of those things you have to witness for yourself. It’s a fascinating take on how we entertain ourselves while on autopilot and like Gregory things start out innocently enough, but in Lewis’ case the situation quickly spirals out of control and his unfettered mind begins to lose grasp on where reality ends and his imagination begins.

Horror has an ability to strip ones protective armor away and reveal a true self. Hell, some would say that’s its main purpose. The genius of EDITH FINCH is how personal it can be, but at the same time, how foreign and confrontation. It’s beguiling in its simplicity yet what it exorcises out of its premise and gameplay is complex and authentic. Horror can be many things. A fear of heights or a demon in the shadows. EDITH FINCH asks you to remove your armor and see who you truly are. EDITH FINCH isn’t trying to scare you, it’s trying to liberate you. But for someone who fears the inevitable end, we all must face, it can be truly horrifying.

It Can Be Horror Video Games What Remains of Edith Finch 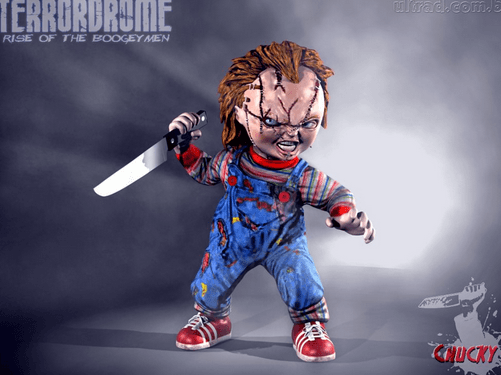 Terrordrome- Melee Action With Some of Horror’s Biggest Icons