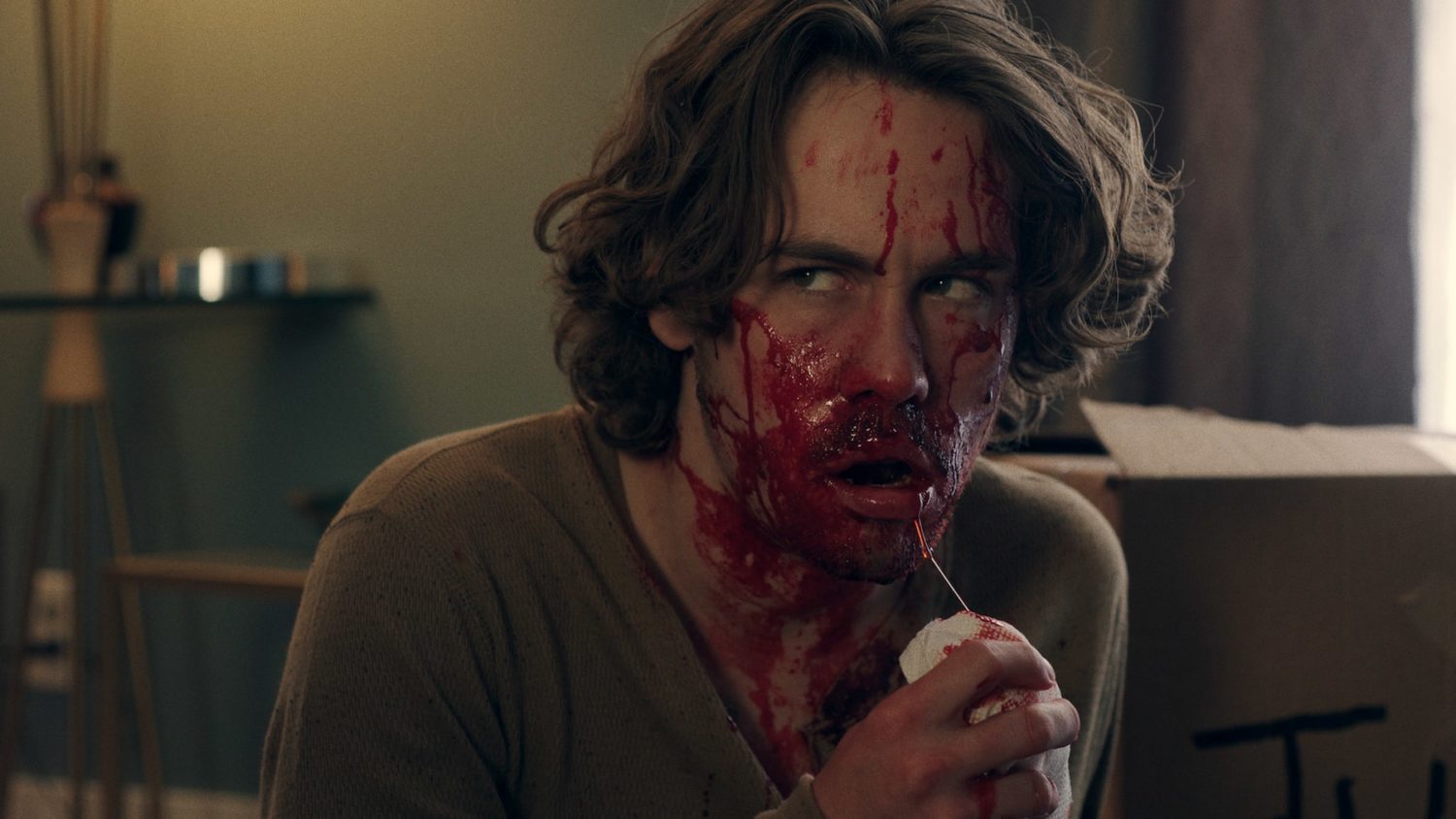 Rob Grant’s Harpoon was, without a doubt, one of 2019’s biggest and best surprises. My initial review for the film called it a “brutally honest survival horror with a twisted sense of humor,” but that’s probably selling it short.

Harpoon is a thrilling example of self-preservation and the inevitable consequence of one’s actions, and in case you missed it on digital platforms (or slept on the U.S. Blu-ray release), our pals at Black Fawn Distribution have acquired the film for the Canadian market and are celebrating in classic Black Fawn fashion—with a bad-ass limited edition full of special features and a brand-new retro slip case!

This release marks the team’s first retro slipcase which features a unique design from Small Dog Design and custom artwork from Fiction Design. We’re told this is just the first of many, so be on the lookout for future releases from Canada’s most exciting distributor of indie horror.

You can preorder your copy now (I’ll be doing the same), but availability is officially slated for February 11th. And in case you’re wondering, yes. Their releases can be viewed on American players.

Plot Synopsis
Harpoon is one of the best reviewed movies of the year! When maladjusted Jonah (Munro Chambers, Turbo Kid) is attacked by his hot-headed best friend Richard (Christopher Gray) – who believes Jonah and his girlfriend Sasha (Emily Tyra) are sleeping together – Richard apologizes by taking them on a cruise. After an accident renders the boat inoperable, more dark secrets and sexual tensions begin to emerge. With their rations quickly dwindling, the three friends must choose to put aside their differences or risk dying on the open water. 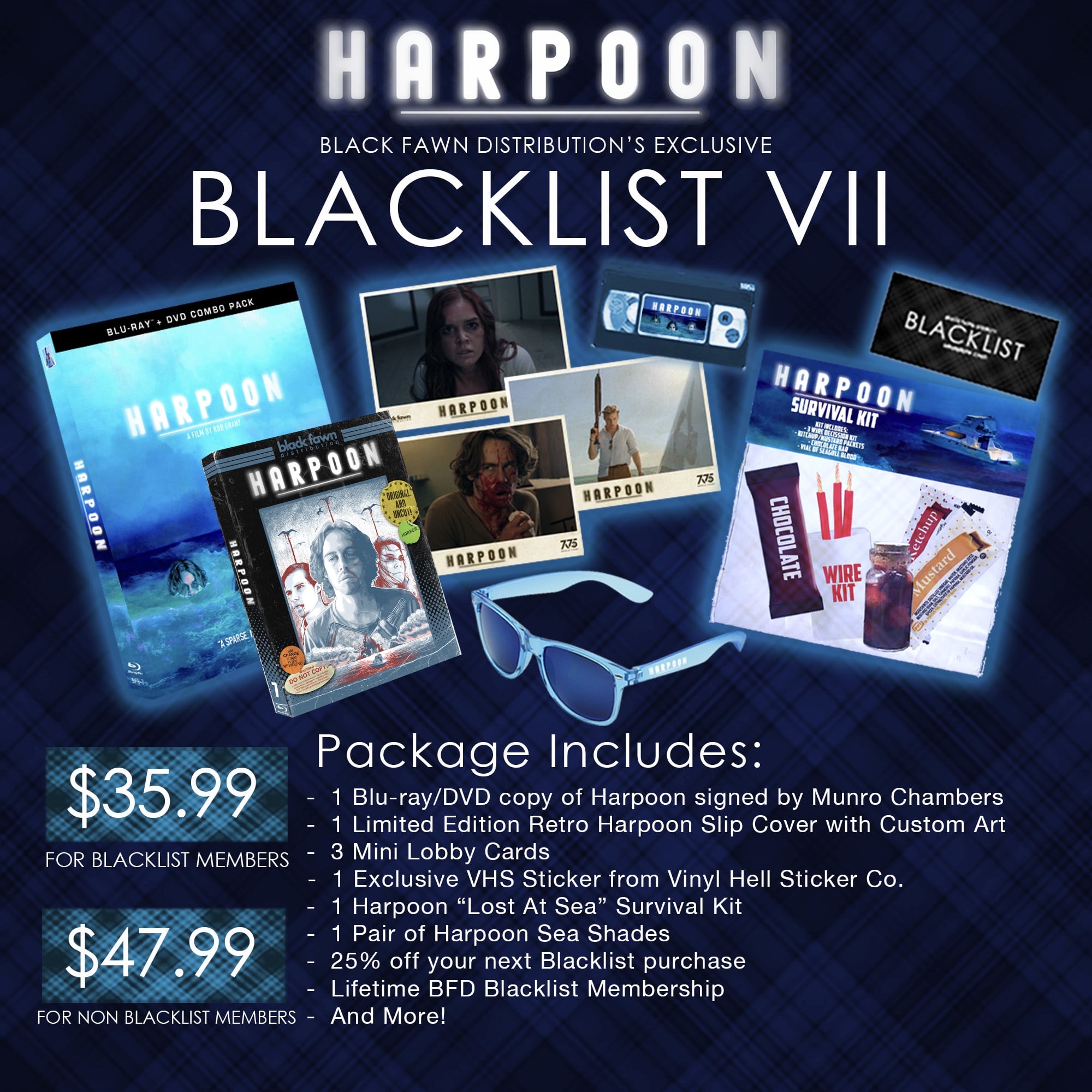 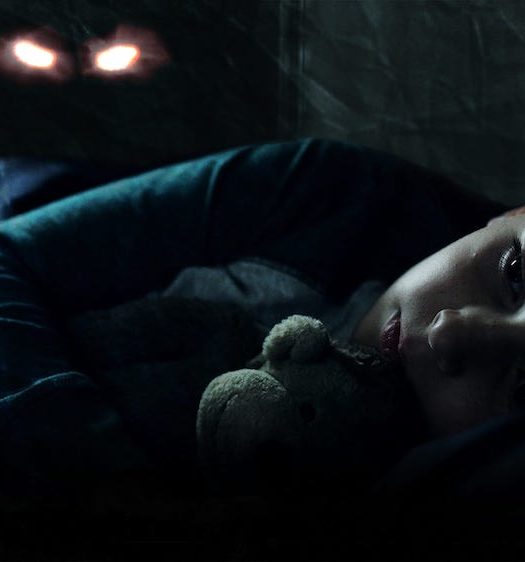 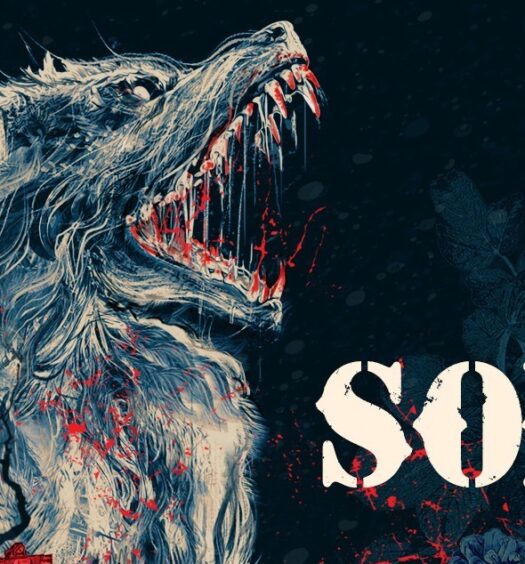