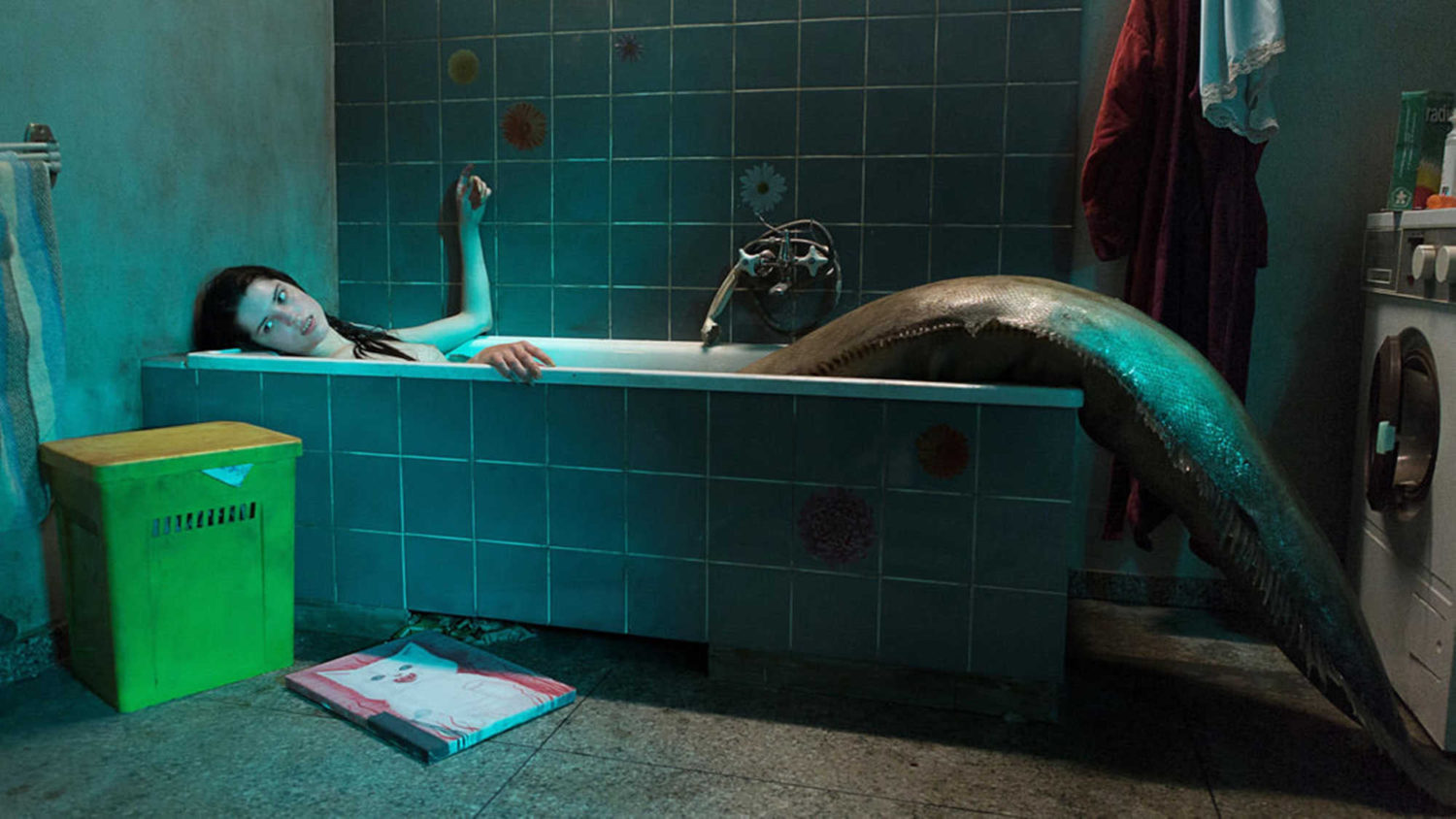 Sisters Golden and Silver convince a trio of musicians to help them ashore one dark evening.  Why? Because they’re mermaids.  The musicians quickly take the mermaid sisters under their wing and before long have incorporated the pair into their Warsaw nightclub act.  Success comes with a price, though, and the sisters find their desires and goals diverging; one develops an insatiable appetite, both for life and for flesh, and the other might be falling in love with the bass player.  The sisters will discover that both paths may lead to fatal consequences.

Every once in a while, a film comes along that is so wholly unique, strange, and unlike anything before that it completely knocks you off of your feet.

Agnieszka Smoczyńska’s debut feature film is a stunning visual spectacle.  A vivid, bright disco dream for the sisters slowly spirals into their darkest nightmare.  It’s a film that defies categorization with its intermingling genres; drama, comedy, horror, and musical. Yes, musical.  Golden and Silver’s bittersweet, sometimes carnal, and often bloody journey is punctuated by musical numbers.  Considering that it’s usually part of the band’s nightclub cabaret act, it blends right into the narrative without feeling like your typical musical.

Written by Robert Bolesto, the narrative isn’t always the easiest to follow.  Just as Golden and Silver have reached their peak of success and seem to have everything within their grasp, it all comes tumbling down in the most confusing fashion.  Not just for the mermaids, but those around them.  It’s akin to a descent into madness; incoherent and frenzied.  Yet the beautiful cinematography and the grounded relationships at the film’s core keeps the entire thing anchored. Smoczyńska’s stylistic flourishes also helps.  When Golden and Silver are new in the world of humans, and their happiness at its crowning, Smoczyńska bathes the screen in bright lighting and coloring.  As they spiral, their world becomes washed in shadows and cool colors. When scenes start to lack coherency, Smoczyńska keeps the narrative easier to process in visual form.

Between their violent nature and the seedy nightclub full of carnal desires in which much of this film is set; this is very much an adult’s fairytale.

While the vicious, bloodthirsty folklore of the mermaids keeps you reeled in, it’s the realistically rendered relationship between the mermaid sisters that keeps the film surprisingly emotional.  We’re elated in their moments of happiness and melancholic when their dreams are crushed.  They’re well developed characters, and the actresses deftly covey a deep bond between sisters with just as much non-verbal communication as they do with dialogue or song.

Every once in a while, a film comes along that is so wholly unique, strange, and unlike anything before that it completely knocks you off of your feet.  The Lure is that film.  I wasn’t aware that I needed a colorful disco mermaid musical nightmare of bloody Grimm fairytale proportions until I received one.  This film is a Siren’s song.  Golden and Silver’s story is as visually mesmerizing as it is emotionally devastating. Even when the plot becomes a bit convoluted, everything else about the film is so arresting that this flaw seems minor in comparison. For those that are skeptical about a mermaid musical, I implore you to give this a shot.  These mermaids have sharp teeth and lust for blood.  Between their violent nature and the seedy nightclub full of carnal desires in which much of this film is set; this is very much an adult’s fairytale. One that makes for a visceral, moving cinematic experience.

The Lure screened at the 2016 Fantastic Fest. 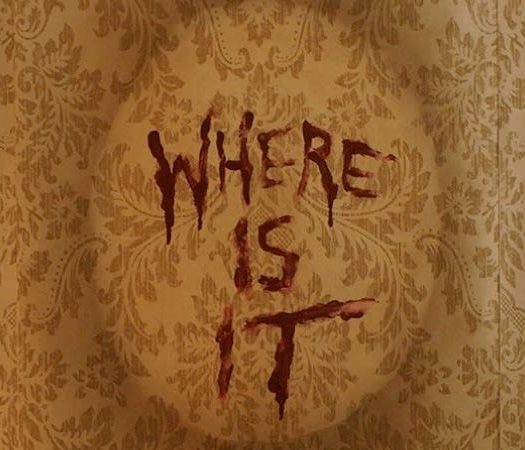 Horror Short ‘Where Is It’ Delivers Halloween Treat