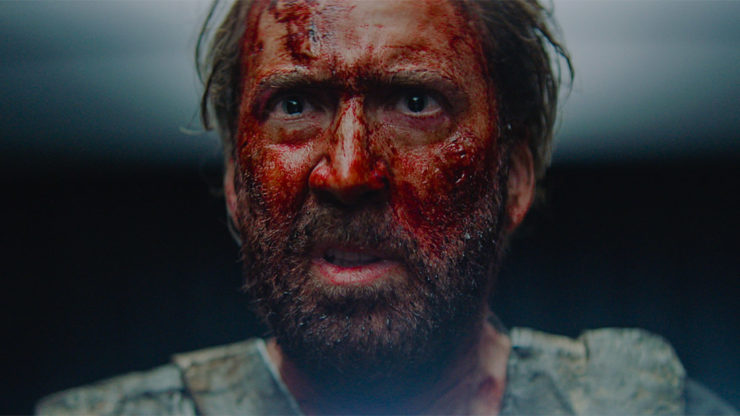 MANDY has been on our radar since the Sundance Film Festival back in January. The movie garnered big buzz out of its premiere, and that only made us more excited. We’ve been waiting for a trailer ever since, and damn does this look amazing.  Nicolas Cage – a rising genre star – is Red Miller who is seeking a bit of revenge against a religious sect who slaughtered the love of his life.

The premise seems straightforward, but writer-director Panos Cosmatos (BEYOND THE BLACK RAINBOW) looks to have created a violent world around the plot.  The trailer has to be seen to be believed. It has Cage crafting weapons, and there’s a chainsaw fight at the end that leaves you wanting more.  Cosmatos had a vision for MANDY and it’s nothing short of unique. The colors alone make this movie mesmerizing. But it looks to have some amazing creatures and special effects.  MANDY stars Nicolas Cage, Andrea Riseborough, Linus Roache, Bill Duke, and Richard Brake.

MANDY was co-written with Aaron Stewart-Ahn. The movie hits theaters Sept. 14. We encourage you to check out the trailer below.

Plot Synopsis
Mandy is set in the primal wilderness of 1983 where Red Miller, a broken and haunted man hunts an unhinged religious sect who slaughtered the love of his life. 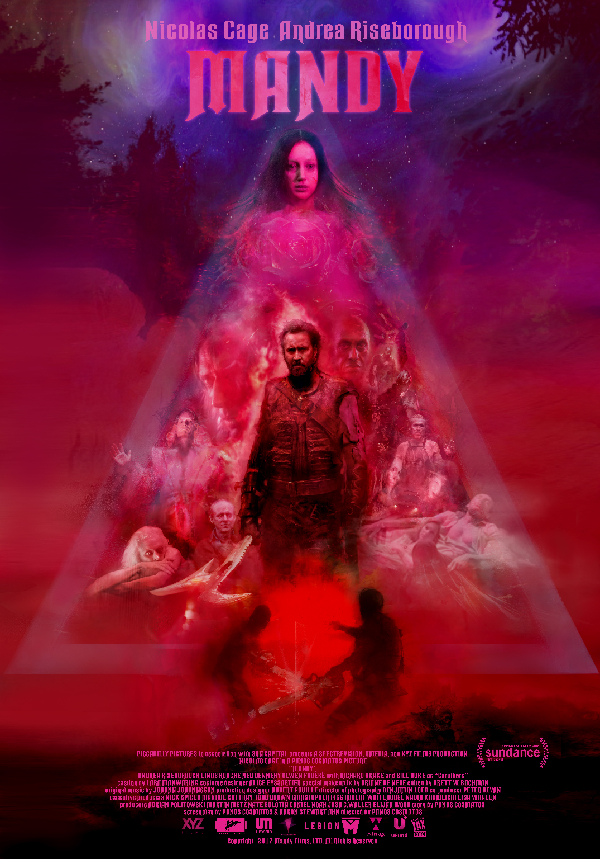 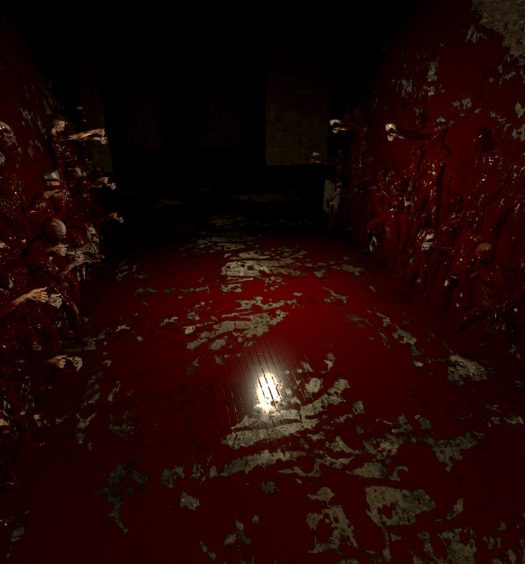 First Step to Get to the ‘Root of Insanity’

Read More
First Step to Get to the ‘Root of Insanity’ 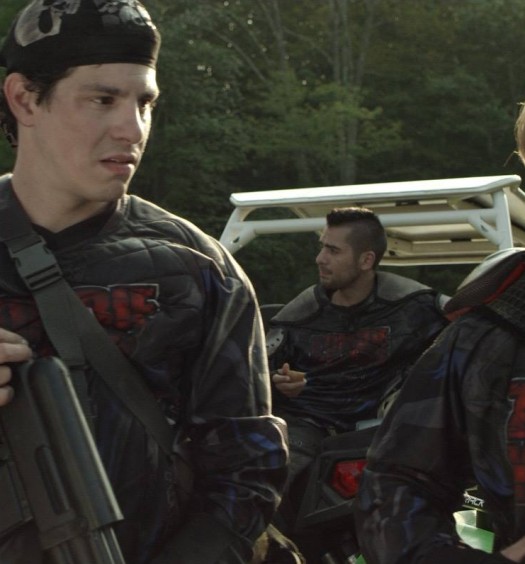