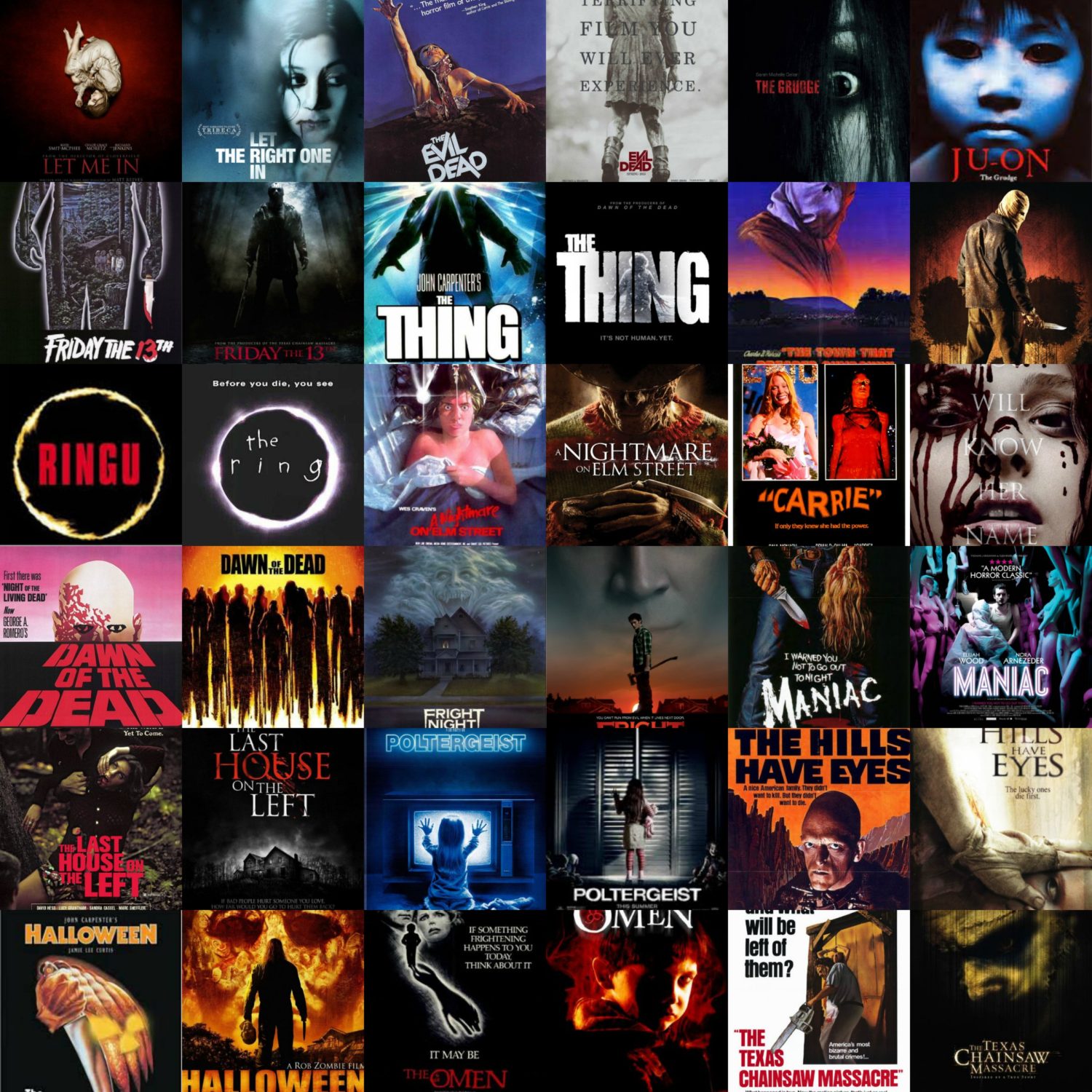 A seemingly never ending topic in the movie world is the majority of remakes released.  Any time a movie is announced to be remade or have a series rebooted, the entire internet collectively groans all the way to the release.  Every teaser, every set picture, and every character cast is picked apart over and over by the die-hard fans. Then when the movie finally hits theaters, it seems to do well with initial box office sales despite any reviews that might have trashed the movie beforehand.

Now of course the paragraph above is all hyperbole.  Not every bit of information is groaned upon. Not every set picture is meticulously looked over with comments of “this should be darker” or “this doesn’t even resemble the first movie”. And last but not least, not every cast actor gets the screams of millions saying “Why is Ben Affleck playing batman?”. There are always the level-headed people who go in optimistically thinking that maybe a refreshed view of one of their favorite movies could be fun to see.

As with any genre, the horror crowd seems to always be extremely vocal when it comes to remaking some of their favorite flicks. I understand why people can have sudden knee jerk reactions when they hear one of their all time favorites is getting a modern take; everyone gets them. Briefly touched on in the Modern Horror Podcast 10, I’d like to dive in a bit deeper with why remakes are positive in the grand scheme of things.

With all the bad remakes that missed their mark, there are always some on the other end of the spectrum. Movies that either stayed true to the formula of the original and succeeded in becoming “worthy” of being the legacy of “x” movie, or films that brought new light to a series and pushed it into a new and exciting direction. I want to touch on a few films that I think were a huge positive force in the horror community, and then i’ll jump into one that didn’t work so well and why I think it failed.

We will start with the most recent remake, which coincidentally also has the oldest original film. If you haven’t seen it yet, I highly suggest you see the 2014 remake (which is a meta-sequel) of The Town That Dreaded Sundown. The original released in 1976 also titled The Town That Dreaded Sundown, created an awesome horror icon in the Texarkana Killer. It was a good slasher with some comedy mixed in that I consider an awesome movie for anyone to enjoy. The remake follows a very similar formula but modernizes it.  It even uses scenes from the original movie by having it on a drive in theater when the town “celebrates” the anniversary.  I think it really helped bring an awesome old slasher into the now, and could create a new fan base just through following a similar formula the first had so much success with. 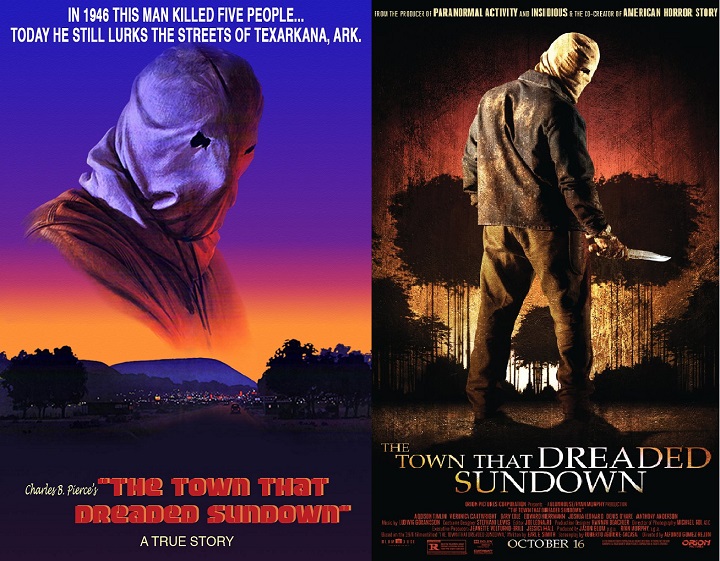 This leads me to my next remake/reboot, Evil Dead. I might be shooting myself in the foot for selecting this movie to talk about, but bare with me.  When announced that the cult classic Evil Dead was getting a remake, the collective groans were heard everywhere. When finally released, I admit I was extremely happy and satisfied with what Fede Alvarez accomplished. With the use of practical effects, he recreated the similar feel of the original and breathed life into an old series everyone was begging for. Bruce Campbell might not be a household name for many, unless you are huge into B movies, but I assure you with the upcoming Ash vs Evil Dead series, that will change. The Starz series premieres Fall of this year and I am very excited to check it out.  I don’t think any of this would have been possible without the remake of Evil Dead bringing more attention to the series back in 2013. Whether you liked the remake or not, it paved the way to create this new TV series that will hopefully continue to grow the franchise.

Now with those two out of the way, let’s jump to a very well known movie from 2002 that paved the way for a huge burst of remakes.  I’m sure everyone reading this has seen The Ring.  Originally titled Ringu, the Japanese mystery-thriller would later be remade in America under the title The Ring.  This movie absolutely crushed the box office. It was a new type of horror that everyone wanted more and more of.  For the next couple years tons of films such as The Grudge, Dark Water, and Pulse were all remade from their Japanese predecessors. With mixed reception on all of the Japanese horror being remade was definitely “in” for the time being. What does this mean for studios? It means an easy way to flip a product and generate a lot of income.  None of the movies following The Ring had such a huge impact but they still generated great amounts for these studios.

If done well, they create a huge new audience and have the potential to start a new wave of remakes similar to the J-Horror movement The Ring started after it’s explosive introduction.  International remakes are still very common, one that comes to mind that was almost shot for shot is the incredibly successful Swedish horror Let the Right One In.  Currently on the horror chopping block of remakes is Martyrs.  The original is known for being part of the New French Extremity movement of films. It is considered by most to be a modern classic, so the buzz on the remake is mostly concerned views on how it will treat its predecessor.  Only time will tell, but it will be sure to make waves one way or another.

With these three successful examples let’s jump into one that didn’t do so well. Whether it be from the writing to the idea of trying to replace legendary Robert Englund, the remake of the 1984 A Nightmare on Elm Street fell flat. Visually the movie looked pretty good, but the magic from the original movie just wasn’t there.  The story changed Freddy from a child murderer to a child molester.  To me, the film felt hollow and seemed like a cash grab. With the name behind it, and the legacy of the series backing it, 2010’s remake of A Nightmare on Elm Street still generated $115 million worldwide with a budget of $35 million.  Even if torn apart by critics, numbers do not lie. 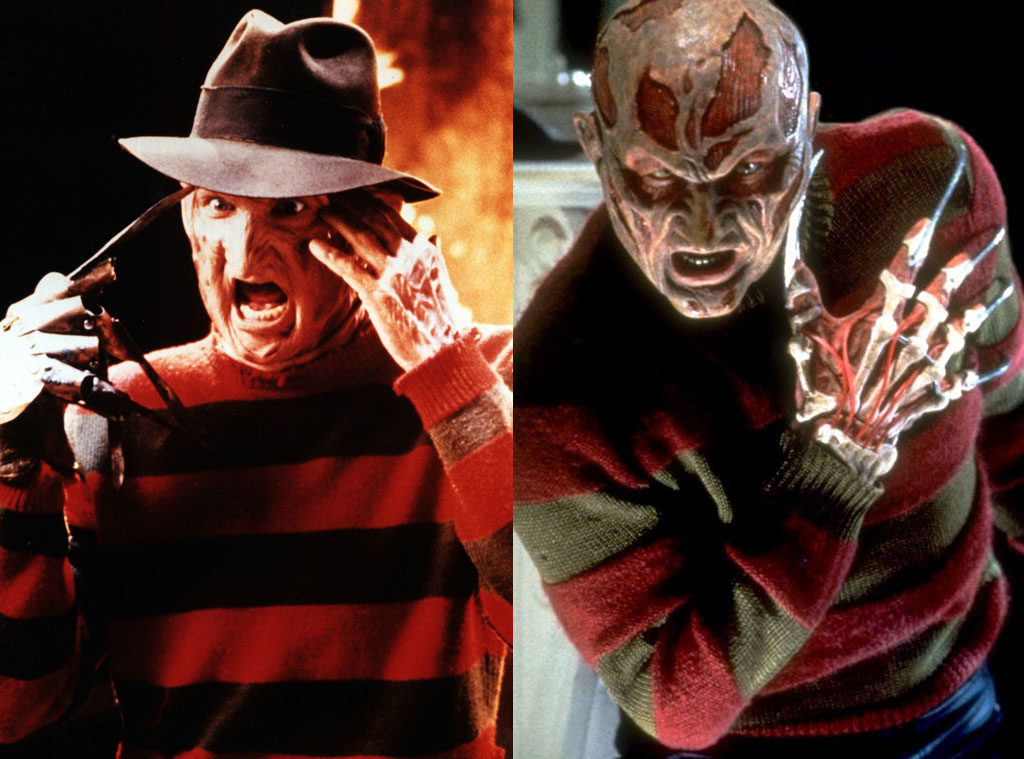 No matter how groaned upon, remakes will always be a part of the movie industry. Everything will always be about money for the studios producing these films.  With all the worry of the remakes not holding up to their originals, I truly believe the potential good outweighs the potential bad.  The good can bring more horror to bigger screens, and more studios trusting up-and-coming writers/directors with more money meaning, hopefully, more quality features widespread.  The worst that can happen is the remake doesn’t do well and is forgotten. The silver lining in that is you may appreciate just how good the original was after seeing a failure to re-envision it. 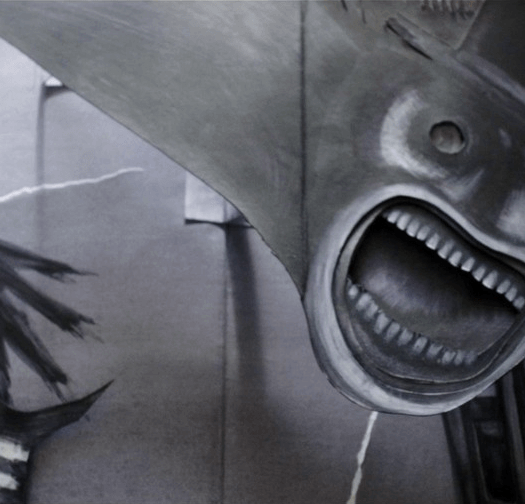 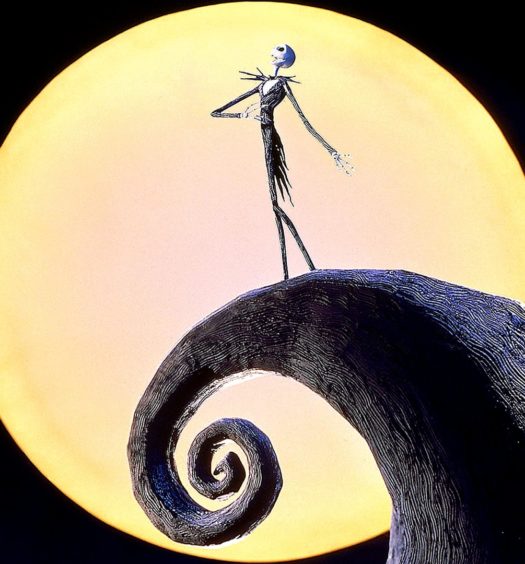