Nekrotronic is the newest film from Australian brothers Kiah Roache-Turner and Tristan Roache-Turner. Their previous movie, Wyrmwood: Road of the Dead, was an unexpected blast that I’ve seen described as “Dawn of the Dead meets The Road Warrior”. While that might be the slightest bit hyperbolic, there’s enough truth contained to get the point across.

Nekrotronic trades the cars and zombies for demons and tech. The movie begins with an animated sequence that quickly and effectively sets up the world. Since the beginning of time, demons have walked the earth, feeding off the souls of humans. The Nekromancers fight against this demonic threat. They are described as “badass demon hunters, with magic in their veins, and big fuck-off weapons in their hands.”

“badass demon hunters, with magic in their veins, and big fuck-off weapons in their hands.”

After this introduction, we meet our unlikely pair of protagonists. Howie (Ben O’Toole) and Rangi (Epine Bob Savea) are just wrapping up a 17-hour shift on their quite literal shit job. Howie’s older foster brother arrives with the news that Howie and Rangi have another job waiting on them. Frustrated and exhausted, the pair of friends head back out on the road.

During the three hour road trip to the work site, Rangi is preoccupied with a new game on his phone. Without using the exact words, he describes the game as Pokemon Go but with ghosts instead of little monsters. Soon, Rangi is seeing ghosts everywhere—but when he looks at Howie through the game’s interface, Rangi sees something altogether different. These early scenes go a long way in setting up the relationship shared by Howie and Rangi. Their friendship is in many ways reminiscent between that of Shaun and Ed in Shaun of the Dead.

The pair soon discover that the stakes of Rangi’s online game are higher than they could have anticipated. A group of demons lead by Finnegan, played with scene-chewing relish by Monica Belluci, are using this game to possess unsuspecting human hosts. A team of more experienced Nekromancers witnesses Howie exorcising a demon, and takes him under their wing.

Before long, Howie and his new compatriots are faced with an onslaught of demons. The demons plan on using this quickly adopted killer app to provide a number of hosts to the unholy hordes waiting to feast on souls. In the midst of this upheaval, Howie learns some surprising facts about his heritage. He must step into a role he neither anticipated nor wanted, in order to overcome the demons’ diabolical plans.

Like Wyrmwood, Nekrotronic takes bits and bobs from other films and blends them together into something new. There are aspects of Ghostbusters, The Matrix, An American Werewolf in London, Shaun of the Dead, and many more blended into the story. Despite the numerous influences, Nekrotronic never feels directly derivative of another work.

The Roache-Turner brothers make the most of their budget. Nekrotronic feels like a movie birthed from the pages of a comic book, or from a hypercolor daydream. Both the CGI and practical effects work well, blending cyberpunk stylings with startling moments of gore. The score and soundtrack work is also worthy of note, and features a damn near Tarantino-tier needle drop of “Can’t Take My Eyes Off You” covered by Morten Harket of A-ha.

A mid-credits stinger (featuring Benedict Hardie from Upgrade) sets up the possibility of further adventures, but even if the films stands alone, it’s an adrenaline rush worthy of your attention. Put down your freaking phones, and check out Nekrotronic!

Nekrotronic combines numerous influences into a high-adrenaline thrill ride with plenty of laughs and style to spare. 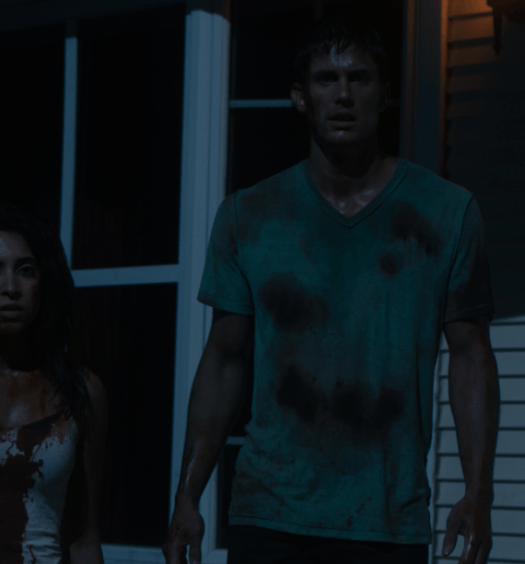 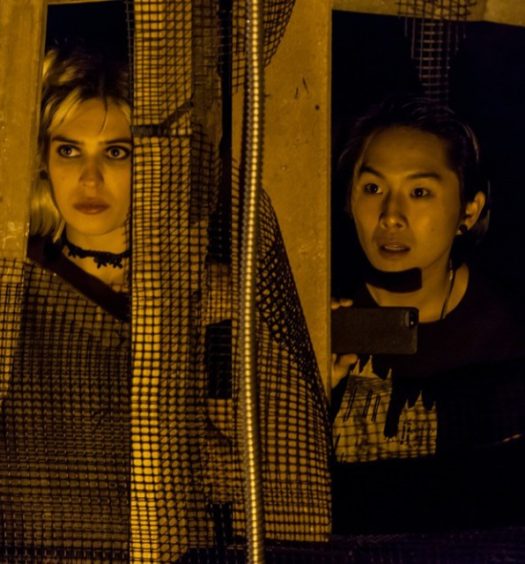