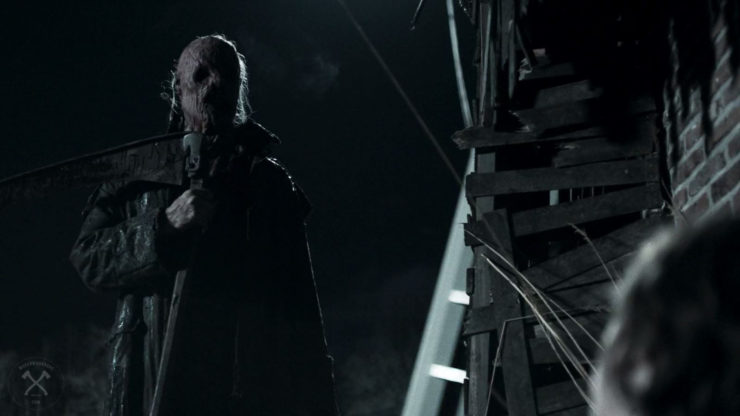 We were able to share limited information (along with a promising concept teaser) for THE WINDMILL MASSACRE earlier this year. At the time, the film was prepping for sale via Kaleidoscope Film Distribution at Berlinale’s European Film Market. We knew that an official (non concept) trailer would follow in the coming months, but we didn’t know how F’n awesome it would look. Now we do.

This Dutch filmed, English speaking slasher stars Charlotte Beaumont, Noah Taylor, Tanroh Ishida, Fiona Hampton, Ben Batt and Adam Thomas Wright. Director Nick Jongerius told us “We had the chance to better develop the film as we dove into the possibilities of stories. What compelled me was the opportunity to mix a local folklore myth that haunts these kind of flawed characters. The approach to the film is of an almost grim sort of fairytale.“. I don’t know about you, but I love grim fairy tales. But maybe Jongerius’ words ring hollow for you after recent promises of horrifying fairy tales have fallen flat. Maybe you need to see more. Well here it is. Check out the brand spankin’ new official trailer for THE WINDMILL MASSACRE below, and let us know what you think!

Plot Synopsis
Jennifer is an Australian girl on the run from her past who washes up in Amsterdam. In a desperate attempt to stay one step ahead of the authorities, she joins a coach-load of tourists embarking on a tour of Holland’s world famous windmills. When the bus breaks down in the middle of nowhere, she and the other tourists are forced to seek shelter in a disused shed beside a sinister windmill where, legend has it, a Devil-worshiping miller once ground the bones of locals instead of grain. As members of the group start to disappear, Jennifer learns that they all have something in common – a shared secret that seems to mark them all for doom. 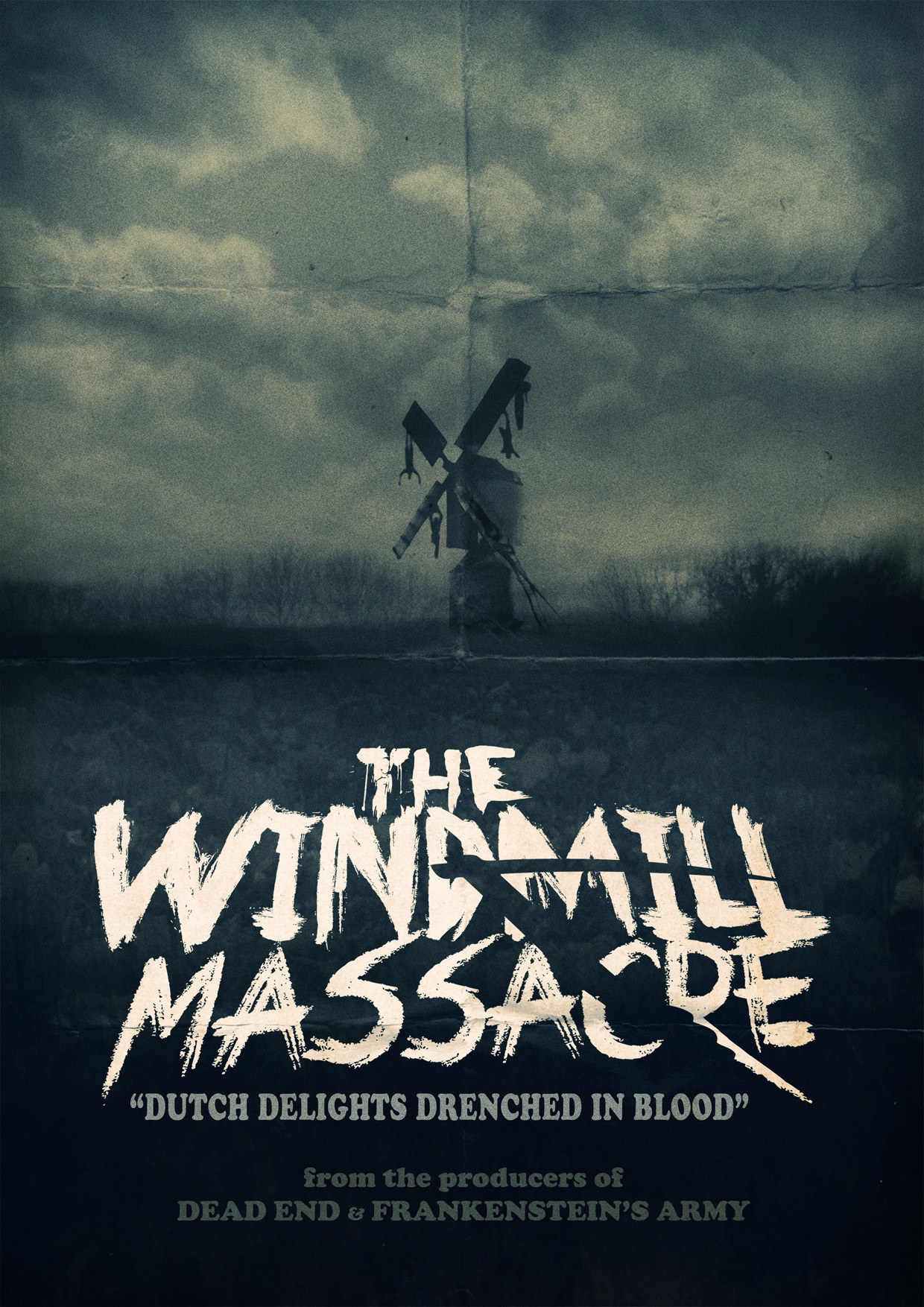 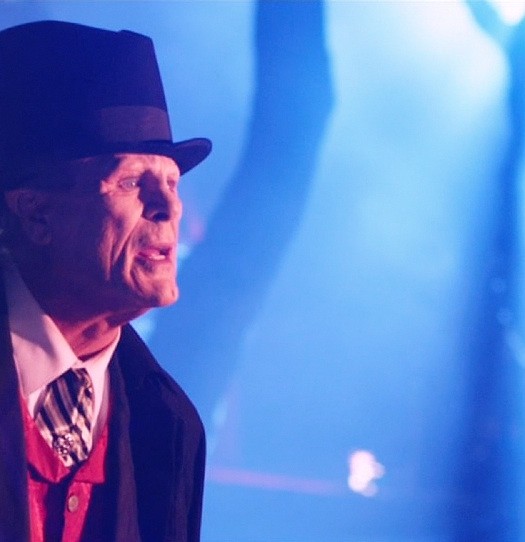 New Details for Tales of Halloween