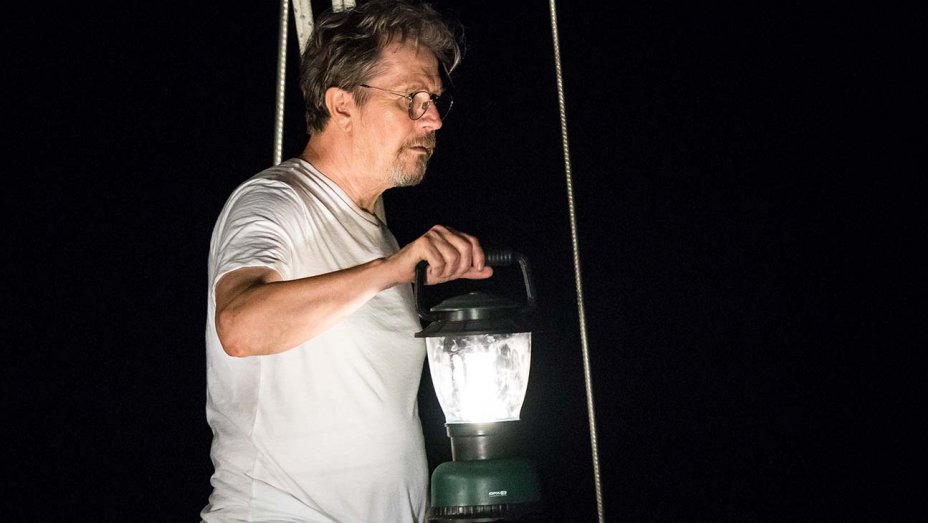 For some audiences, the stellar cast, led by Gary Oldman and Emily Mortimer, and gorgeous cinematography from Michael Goi (The Town That Dreaded Sundown 2014) will be enough to sell the nautical thriller Mary. Screenwriter Anthony Jaswinski (The Shallows, Satanic) marks his second foray into the ocean as David (Oldman) purchases the titular “Mary,” a vintage sailboat with a mysterious past. He does so without consulting his wife, Sarah (Mortimer), in a stereotypical “boneheaded husband” move that has probably never worked out well for a protagonist in the entire history of film.

Once introductions are out of the way, the story kicks off in fairly predictable fashion. David and family must, naturally, test the seaworthiness of their new boat by charting a course into the open waters of the Bermuda triangle. <Sigh.> Yes, really. Alas, things go awry

Naturally, Mary is haunted by a seemingly endless string of horror movie cliches. The youngest daughter makes an “invisible friend,” equipment malfunctions, and ghosts with unclear motives possess various crew members cluttering the runtime and leaving more questions than answers. Admittedly, if you’re going in looking only for rock solid performances and a handful of scary moments, you’ll likely have a pleasant enough time. Goi, pulling double duty as director, executes jump scares and tension well. They unfortunately just fail to add up to much of anything by the end.

rock solid performances and a handful of scary moments

The story unfolds through an interrogation flashback of a single character, revealing the ultimate survivors in the opening scene. Thus, while the how of the story can get interesting at times, the audience never doubts the outcome. What we get in return, a serviceable performance from Jennifer Esposito (Crash, Rescue Me), hardly makes for an even exchange. Mary likely becomes instantly more palatable with a straight-forward narrative. Unfortunately, we’re deprived of the possibilities.

Mary releases on DVD and Blu Ray on November 26, 2019 and will include the following bonus features: 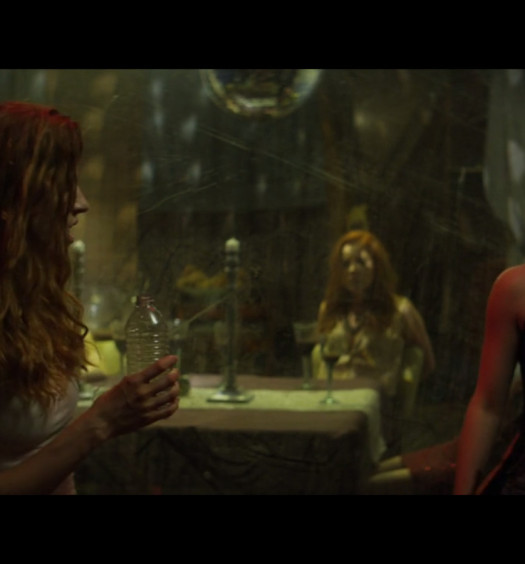 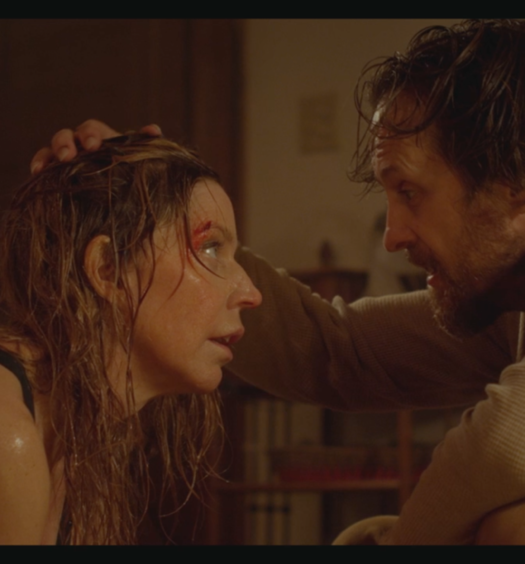