El Gigante is without a doubt one of the most exciting shorts we’ve seen this year. Seriously, we were blown away by it. We knew the folks at Luchagore were actively looking for a partner to take El Gigante into feature film territory, and it looks like they may have found it. Raven Banner released the following statement just moments ago. Check it out below, along with our coverage of the film from the Modern Horrors Podcast this week and the teaser trailer for the short.

From the Press Release
(Montreal – 24 July 2015) – Raven Banner has boarded Luchagore Productions, El Gigante, directed by Gigi Saul Guerrero for worldwide rights, which was featured in the current edition of The Frontieres International Co-Production Market. They will also serve as Executive Producers.

The film tells the story of a deranged maniac in a Luchador mask named El Gigante who wrestles his prey to the mat in a grisly entertainment ritual of thrill-packed culinary prep for his cannibalistic family.

The deal was negotiated by Luchagore’s Raynor Shima and and Raven Banner’s James Fler and Michael Paszt “The team of Gigi, Raynor, and Luke at Luchagore is one of the most exciting new genre production companies to come out of Canada and we’re excited to get in the ring with them,” stated Raven Banner Managing Partner Michael Paszt. Producer Shima said, “Luchagore is proud to further strengthen its bond with Raven Banner in the development of El Gigante by coming on as EP, worldwide sales, and Canadian distribution. The Frontières Market has been a proving ground for the future investment of upcoming filmmakers.” 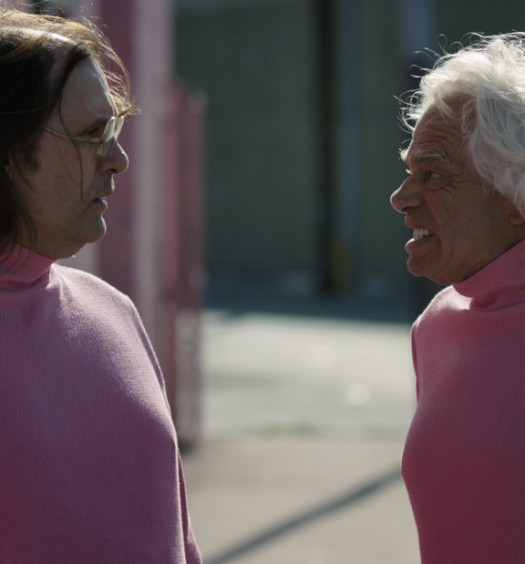 Get Greasy with New NSFW ‘The Greasy Strangler’ Teaser