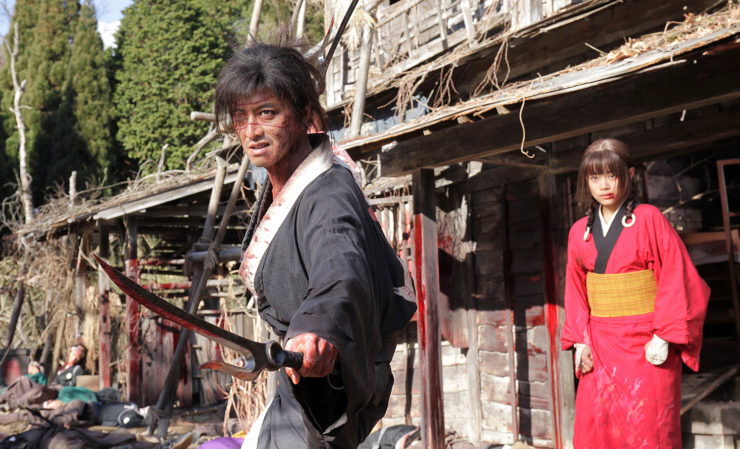 Films based on popular Japanese manga may not necessarily seem in our wheel house, but extremely violent films by Takashi Miike most certainly are. The prolific Japanese director is behind the unnerving horror films Audition, One Missed Call, Three…Extremes, and so much more. So. Much. More. In fact, this manga adaptation marks the director’s 100th film. that’s right, one hundred. He’s a work horse, and since the bulk of his work revolves around the violent and gory, well, we’re pumped.

With just under a month to go before Blade of the Immortal makes its North American premiere at Fantastic Fest, the newly dropped trailer has us salivating. Stylish, extremely bloody, with that wry sense of humor that’s trademark for the director, you can bet we’ll report back on this one from Fantastic Fest.

Blade of the Immortal will slash its way into theaters on November 3, 2017.

Plot Synopsis
Samurai Manji has taken a lot of lives, both innocent and guilty, and now lives life in feudal Japan as a criminal. After being cursed with immortality until he kills enough evil men, Manji meets a young girl who enlists him to be her body-guard. Swearing loyalty, protection and vengeance against the group of sword fighters who slaughtered her family, the unlikely duo set on a remarkable quest to make right against those who did them wrong. 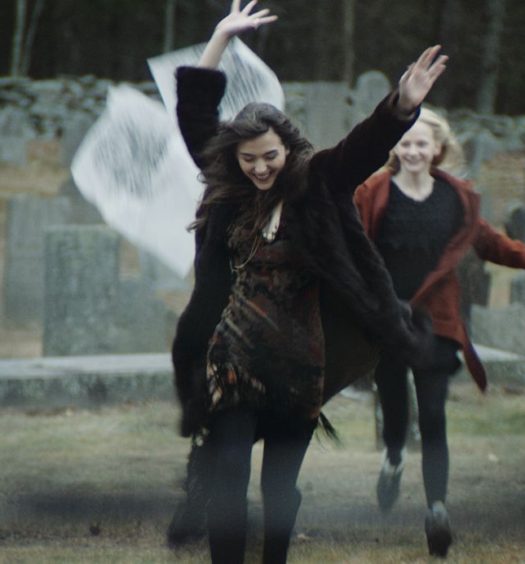