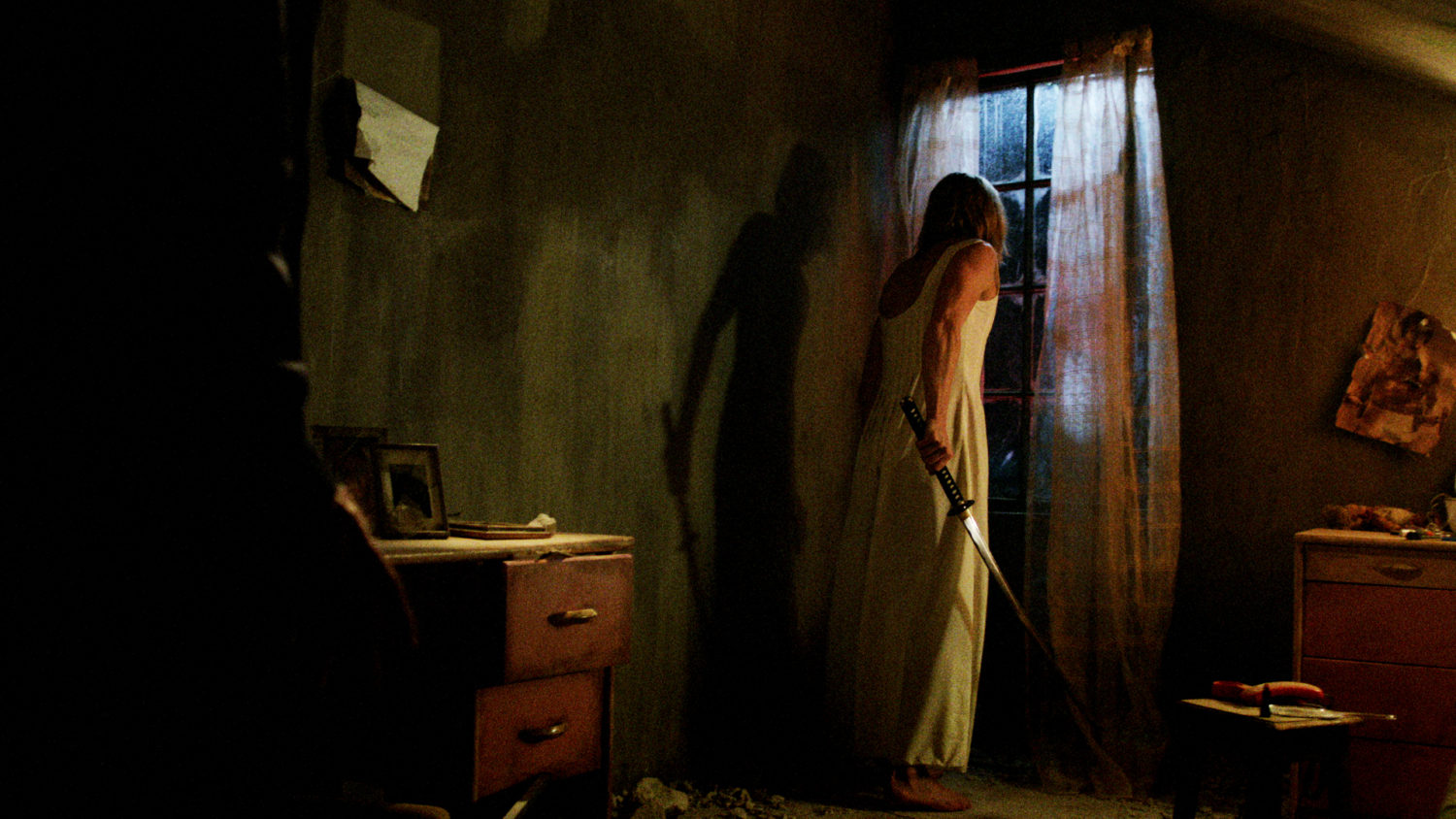 It’s no secret that I have been looking forward to The Samurai quite a bit since first hearing about it. The trailer looked incredibly unique and absolutely absurd – in the best kind of way. So did it live up to my expectations? That’s a really tough question.

Truth is, it’s incredibly difficult to explain The Samurai. I’ve never seen anything quite like it, and I’d be willing wager that I never will again. The film is ripe with weird wolf symbolism, homo erotic undertones, and crazy white guy samurai shit. That may sound like quite the combination – and I assure you, it is. But it’s certainly not a bad thing. The film looks absolutely stellar, and it’s said to have been made on an extremely limited budget, but you’d never know it. As for Director Till Kleinert – this is only his second feature film. That makes the technical proficiency all the more impressive.

The film follows Jakob – a police officer. Jakob is a slender fellow that cares for his grandmother. He builds model homes and isn’t taken seriously by the local ruffians. It’s a far cry from the portrait of rugged masculinity that we generally see law enforcement portrayed as – and it works well. One night, Jakob is given a package to deliver. Upon delivering said package, he finds a man in dress. This man, The Samurai, opens the package to reveal a samurai sword and invites Jakob to follow him on his crusade towards the village. It becomes Jakob’s mission to pursue the lunatic to end this wanton destruction. At the end of the night Jakob has experienced too much, is too far from whom he once was.

The Samurai is mysterious. Audio queues lead you to believe in things which may or may not be true. I was confident that I had discovered the twist early on –  so early that I was sort of disappointed, but I was wrong. And that doesn’t happen often. I’d like to think that I was forced into that line of thought purposefully. If that’s the case, then I was played like a fiddle, and I imagine many of you will be as well. But of course, with all of this mystery and symbolism comes the crucial question: Does it make sense? Well…. I think so? I certainly know and understand the message. Or at least I received a message. Whether it is the one that is intended, I cannot say.

When it was all said and done, I was entertained. Let me stress that – The Samurai is damned entertaining from bell to bell. Calling it a horror film is certainly a stretch, and there are still people out there that do not enjoy viewing films that require subtitles. Those two factors may lead to some negative feedback elsewhere, but not here. I thoroughly enjoyed my time with this enigmatic piece of foreign cinema. If you are one for the bizarre, then you won’t want to miss The Samurai. 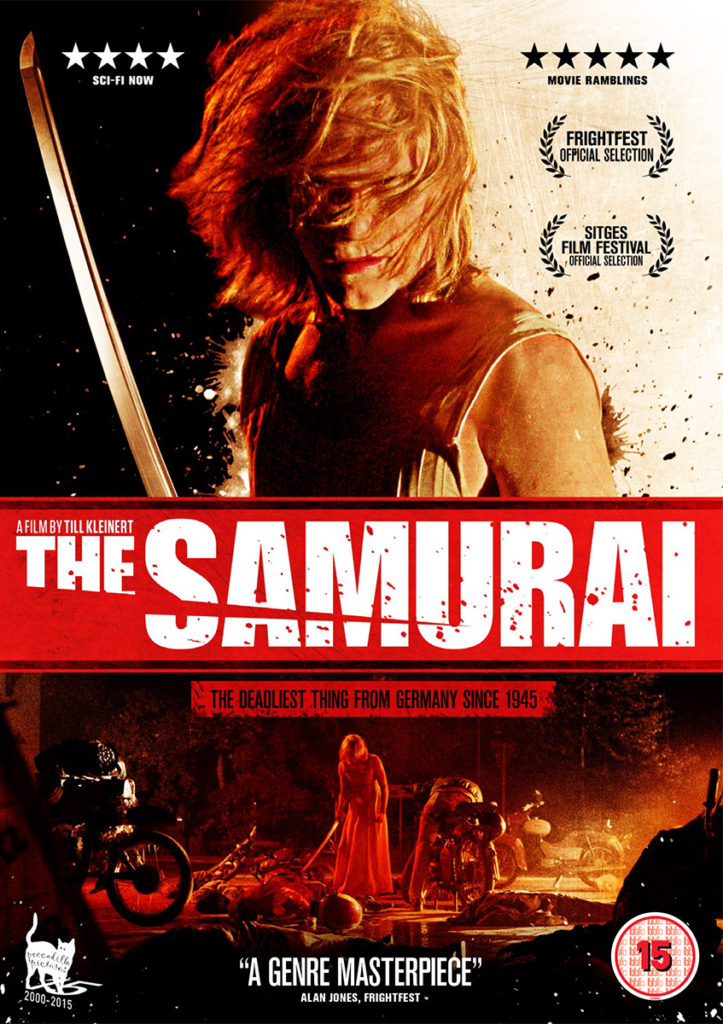 What more can I say? It’s a guy in a dress…fucking shit up with a Samurai sword. It’s every bit as insane as it sounds, and it’s a damn good time. 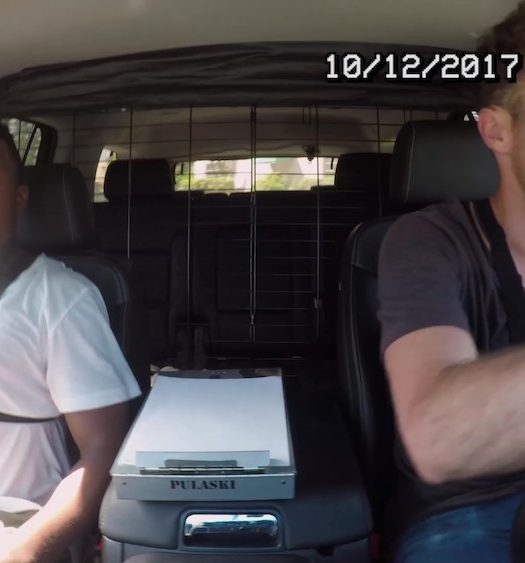 ‘Scooter’ Sews Suspense In A Sinister Stab At Scandalous Sights... 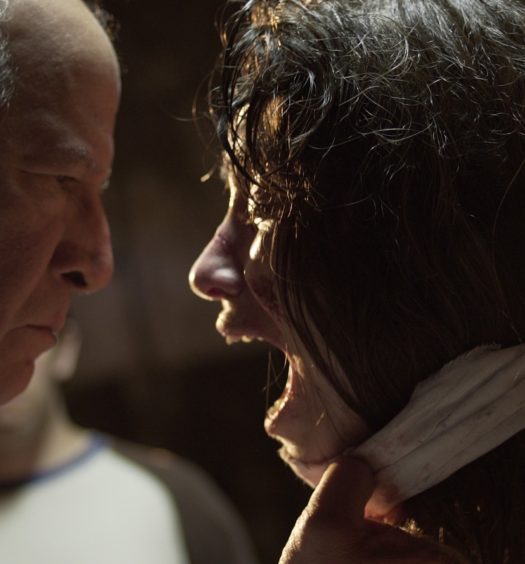