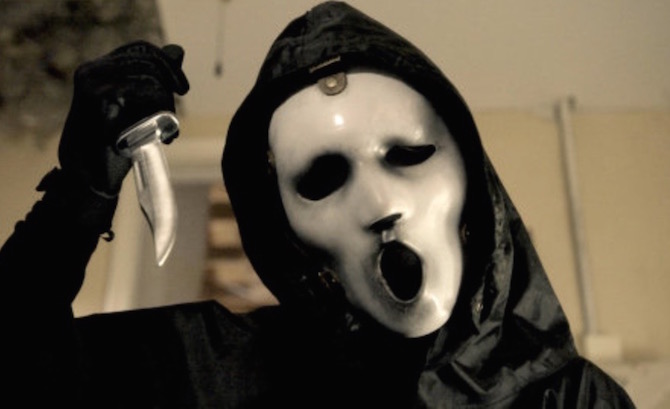 With over 6 million viewers tuning into the premiere of “Scream” last week, the show is considered the biggest premiere of the summer. This is good news for slasher fans hoping to add to the already impressive horror television genre. Episode 2 of the series aired last night, and the direction of the show is starting to form. We have some positives, but along with every positive there are some negatives as well. Warning: minor spoilers ahead. 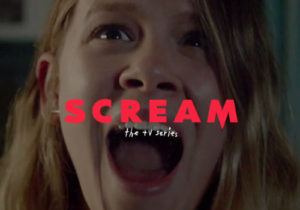 The opening of the episode started the same way as the pilot. This time around we get the death of Rachel. One problem I have with the opening death scenes is that they seem a bit rushed. There is never any tension that is really built up. There are a few minutes of “telephone tag” and then BOOM the big hit. This time around, the killer wraps a noose around the poor girls neck and pushes her off a balcony… clever. But, for these opening scenes to work, I feel like they are going to have to make them a little bit longer and a little bit scarier.

In the case of “Scream”, gay seems to be the new black. Killing off the minority gay character took the place of killing off the black minority early in the process. Perhaps this is MTV’s way of updating the slasher troupes.

We then catch up with the rest of the characters at school. When we last saw Noah, he was wiping red (what we thought was blood) off of his forehead. We learn he was tagging Jake’s car with the misspelled word “Dooch”. The same MTV teenage melodrama is established, a necessary evil as a product of the network. But we also got to meet a new character in the form of a quick-witted, feisty, investigative podcast reporter, Piper Shay. This is our new Gale Weathers. I didn’t even notice the absence of this character in the pilot, but as soon as they introduced her, I was glad they did. Having her prying around everywhere, I think the character of Piper adds a sense of tension.

This being a remake I also noticed some other remake aspects in Episode 2. They are setting up the boyfriend, Will, in the exact same way that they set up Billy in the original film. We also got a semi-remake scene of “Sidney in the bathroom”, when Emma over hears fellow students in the bathroom guessing who the murderer is. Another aspect about the show that is both similar, yet different from the original series is the aspect that these murders have some sort of origin point to the main protagonist’s mother. In the original, the death of Sidney’s mother kicks off the murders one year later. In this remake, the survival of Emma’s mother is constantly being eluded to whenever ghostface makes a call. There is a centralized theme of matriarchy in both the original and the remake.

The only other fear I have about the show is the formula of each episode. Other than the quickly rushed opening scenes, I noticed we also got the same exact “Noah rules” scene as we got in the pilot. Noah was dispersing another set of slasher rules, while the show simultaneously cut to the discovery of the dead body from the opening. We got these same scenes in the pilot people… lets mix it up.

The last aspect of the episode that left me beaming like a little fan boy was the final phone call from ghostface. The episode was capped off with a ghostface conversation very reminiscent to one from the original Drew Barrymore. This ghostface is smart, and clever… he is also a bit creepy. The line that sold it for me: “did you just lock me in, or out.” His dialog is very sharp, much like the original. I am glad to see this element retained.

Overall, I am really digging the series so far. I am pleasantly surprised. However, I do feel that the show needs more horror. So far, the episodes have been following the same exact formula. The scary scenes only bookend each episode. I want to be scared and see the killer more than the first 3 minutes of each episode. If the filler of the episode is simply teen melodrama, I fear I won’t care. My golden rule of television is to give a series at least 3 episodes before knicking or knocking it. Come back next week as we continue to cover Scream!

Killer Guesses: This week they set up Kieran as a pretty manipulative guy. That is definitely a killer-esque quality. Hmmmmmm. What are your thoughts? Kick off in the comments below!