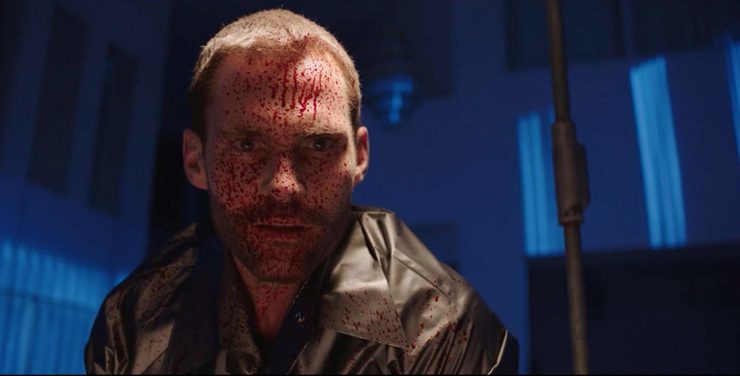 Comedians have had a strong track record in genre film lately with folks like Bill Engvall (The Neighbour, Monster Party), Kristen Wiig (Mother!), Danny McBride (Arizona) and more turning in solid genre performances in the last several years. So what made Scott join the party? Here’s what he had to say:

“Bloodline is such a departure from my previous roles.  It was so great to work on a character with so many dimensions–challenging me as an actor to do something I have never done before in terms of tone.”

There’s no trailer just yet, but you can expect one soon now that Momentum Picture has acquired the Blumhouse production for a September 20th, 2019 release. [UPDATE: The trailer has since been released. You can watch it here.] We’re hoping to get our eyes on it at this year’s Popcorn Frights Film Festival, so you can expect a full review before long. Stay tuned.

Evan (Seann William Scott) values family above all else, and anyone who gets between him, his wife, and newborn son learns that the hard way. But when it comes to violent tendencies, it seems the apple doesn’t fall far from the tree.