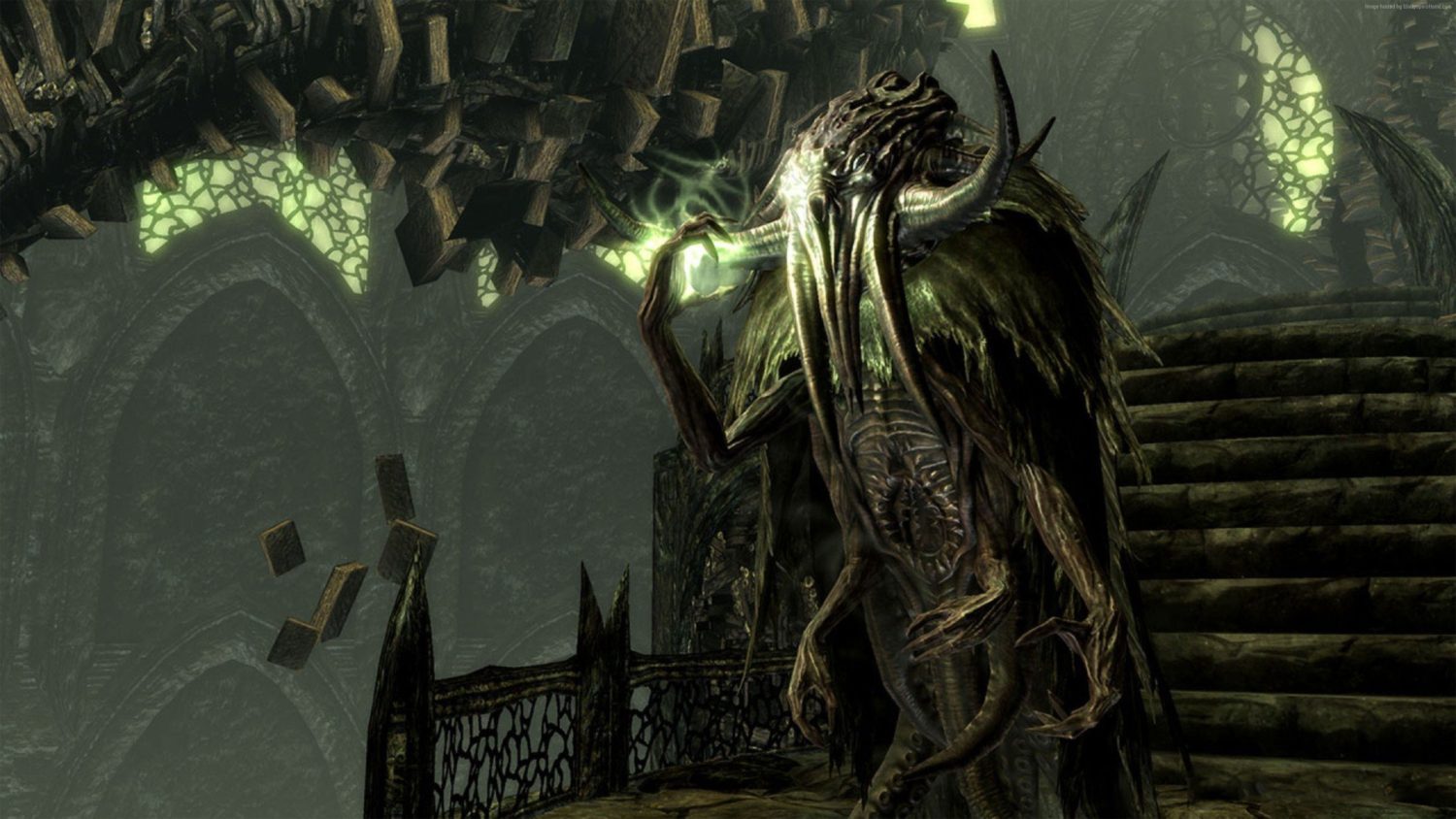 By Jonathan Rodriguez  •  4 years ago

No matter what any clickbait Facebook article might say, horror is far from dead. Four of the top twenty movies of the year, so far, have been horror movies. And just about any list you find online of “hotly anticipated games of 2018” will feature a large number of horror games. Chief amongst them, Call Of Cthulhu: The Official Video Game.

Based on a tabletop RPG (role-playing game, for those less nerdy than myself), which was based on an H.P. Lovecraft short story, Call of Cthulhu drops player into the shoes of World-War-1-veteran-turned-alcoholic-private-detective, Edward Pierce. Edward’s life is turned upside down when he begins looking into the mysterious deaths of the Hawkins family and unravels a conspiracy/prophecy he couldn’t have invented in his wildest dreams.

Let’s get this out of the way up front: the last game I reviewed for Modern Horrors was the hotly anticipated Vampyr. And while I really enjoyed my time with Vampyr, I found myself struggling to call it a horror video game. It’s a wonderful time, don’t get me wrong, but the longer I sat with it, the more obvious it became that it was an action-adventure game with horror window-dressing.

So, I’ll say this now: Call of Cthulhu is without a doubt a horror game.

From the word go, there’s a strange feeling of dread that the game never lets up on. Even when you’re safe, you don’t *feel* safe. I reflected on my first stretch of time with the game and realized I had played for four hours and had a pit in my stomach for a solid three and a half of them. And, on more than one occasion, a yelp escaped me. That’s not something that happens too often. In fact, I think the last game that got me like that was Resident Evil 7. Before that? Who knows. 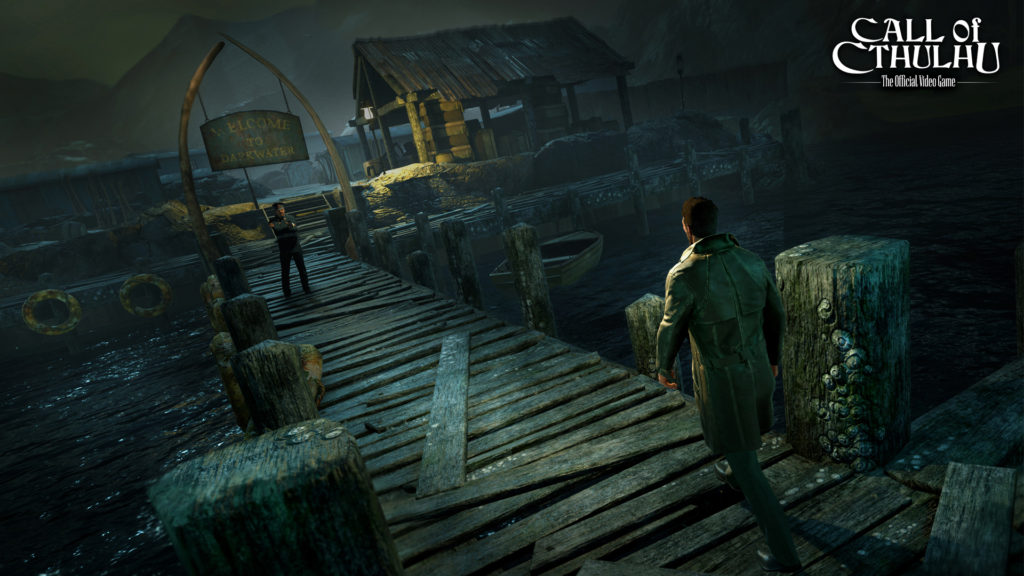 Call of Cthulhu is without a doubt a horror game.

All of that to say, Call of Cthulhu is built on a rock-solid foundation. But how does it hold up when we look closer?

I’m gonna go ahead and get my biggest gripe out of the way. The animation, specifically as it pertains to character’s mouth movement and the voices that come out, is Elder Gods-awful. And, unfortunately, it was one of the first things I noticed. And what makes that all the more egregious is that this is a really great looking game. It’s not the hyper-realistic masterpiece of Detroit/Until Dawn/etc, but it looks awesome. However, there’s better puppetry in The Muppets Take Manhattan.

What I find really fun, and most tabletop gamers will enjoy as well, about this game is the upgrade system. First of all, it’s incredibly simple. You have seven stats, five of which you can dump Character Points into as you obtain them; with the remaining two being upgraded contextually within the game based on objects you interact with or investigate. Of course, depending on how exactly you want to play the game determines how you upgrade. Want to be a super-sleuth? Investigation and Eloquence are gonna help you out. Want to bash through a puzzle if you can’t figure something out, Strength will be your go-to in certain scenarios.

Speaking of puzzles, holy shit, does this game love its puzzles. And that’s not a complaint by any means. Puzzle-solving, while tedious at times, was one of my favorite things throughout the game. They range in difficulty from “read this journal entry” to “decipher coordinates on a handwritten map and find the hidden meaning.” It was unbelievably rewarding to have figured out some of these puzzles without Juggernaut-ing through a false wall with a crowbar. 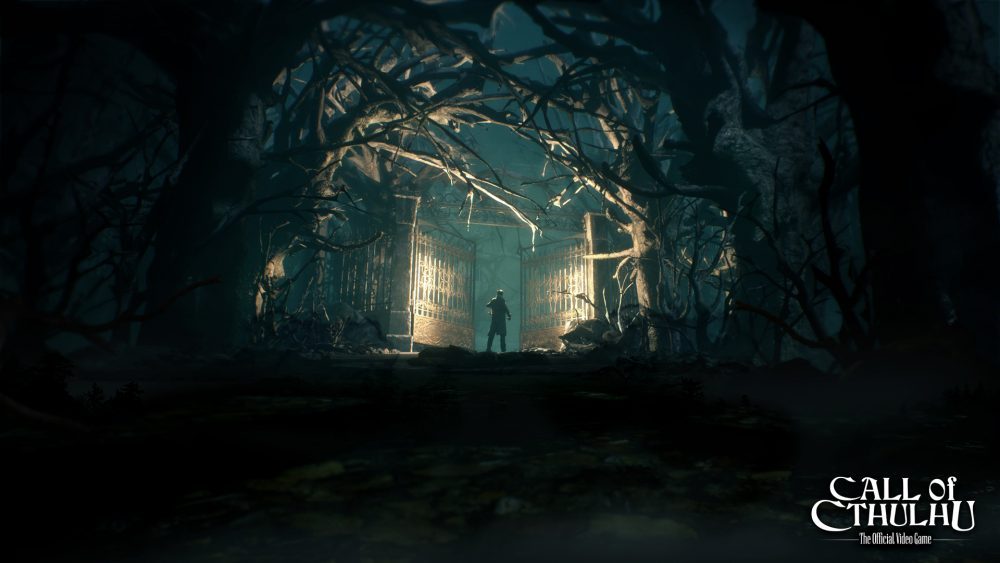 Puzzle-solving, while tedious at times, was one of my favorite things throughout the game.

Of course, gameplay is all well and good, but let’s talk about some story. As I mentioned earlier, as Pierce, you set out to solve the mystery of the deaths of the Hawkins family. The good news is you don’t have to have a knowledge of the source material. Whether you devour Lovecraftian fiction like a Great Old One, are a hardcore tabletop gamer, or have never heard of or even know how to pronounce “Cthulhu,” there’s plenty for you here.

That being said, don’t expect to check your phone during a cutscene and still understand what’s going on. There are twists and turns throughout this game that you had better pay attention to, lest you find yourself at an absolute loss as to why the hell any of this is happening. Call of Cthulhu is a very smart game, and it takes the bones of the original short story and reframes it as something completely new.

Finally, I’ll say this: the way I played through, I got two separate endings – one that I felt was the “right” choice based on how the character had felt through my actions, and then I reloaded my save and made a very different choice. Now, there are many times throughout Call of Cthulhu where you will make a decision and the game will give you a nice little reminder in the top left corner of the screen – “This choice will affect your destiny.” That, to me, says that there are more endings than the two I experienced, which immediately made me want to start over on the spot. So, I guess what I’m trying to say is: don’t second guess yourself. Go with what feels right. And once you reach the end, do it again, and go against every instinct you have.

Call of Cthulhu is a horror game that doesn’t quite fit into any one box you could put it in. Instead, it Frankensteins it’s own box and nestles in for the long haul. It’s available to buy right now on multiple platforms, and I recommend that you do. 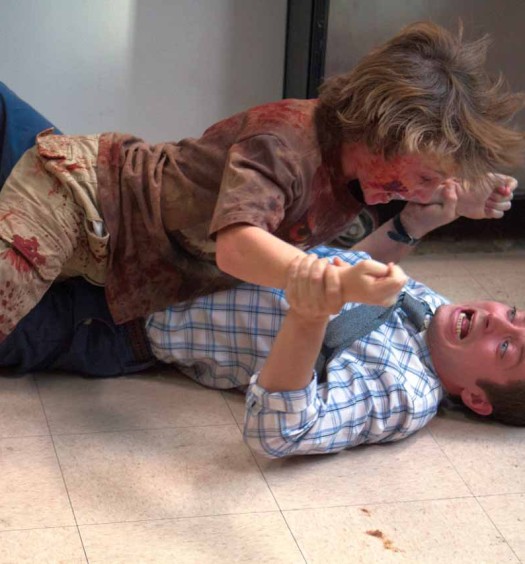 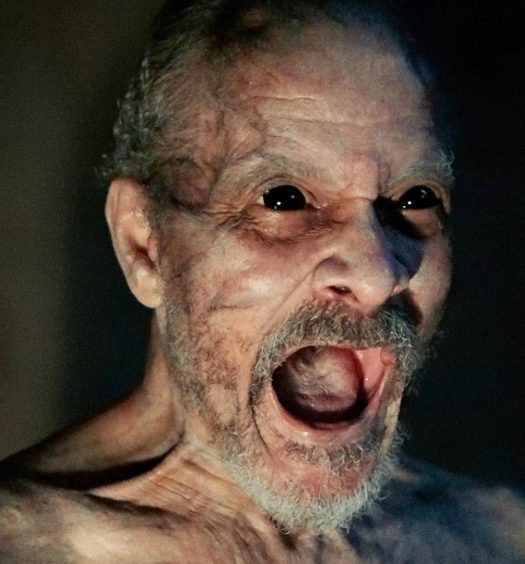