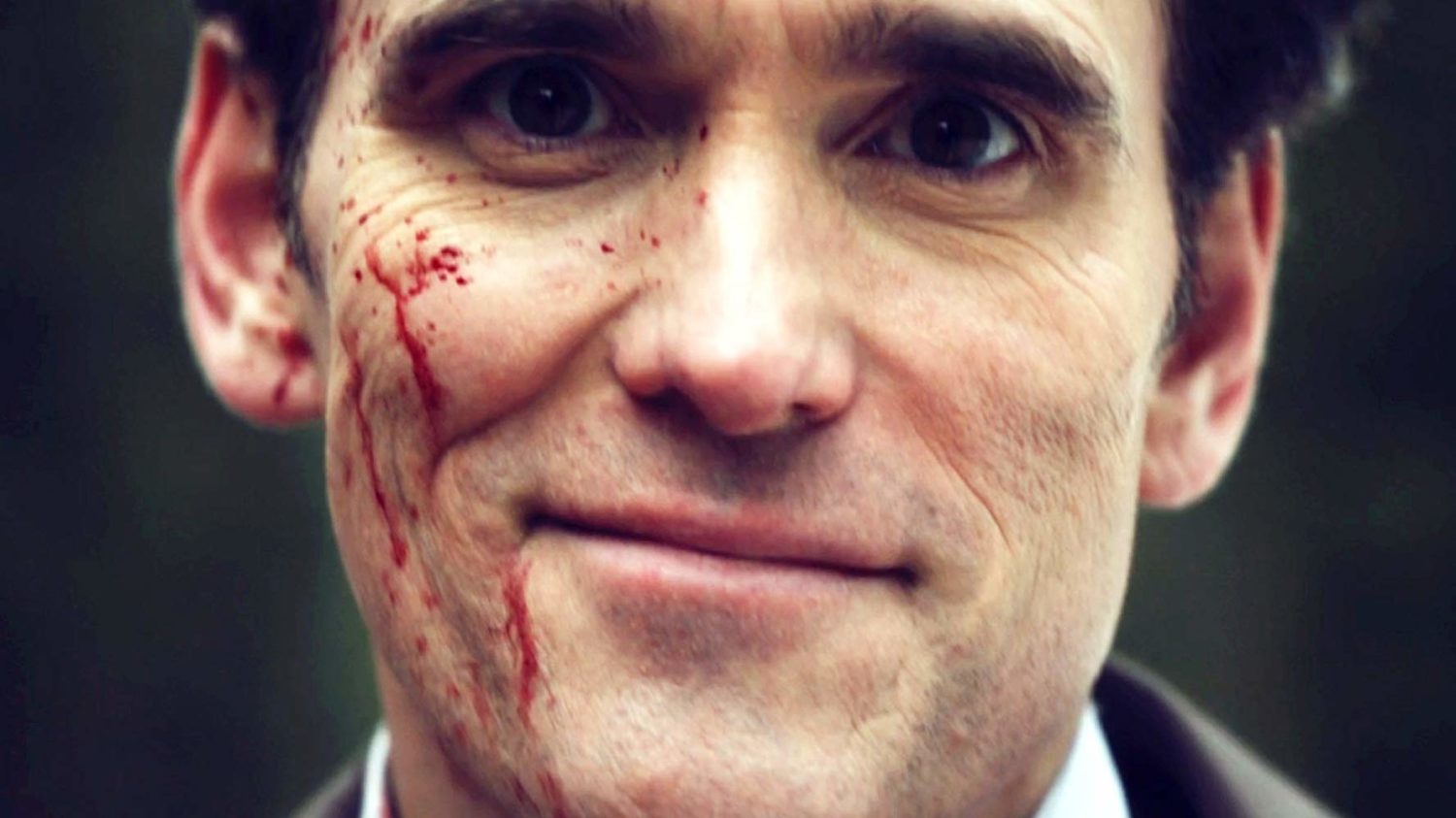 In a move that should surprise no one, Lars Von Trier–together with IFC–defied MPAA rules by releasing his unrated Director’s Cut a mere two weeks before unleashing the R-rated cut of The House That Jack Built onto an unsuspecting public. Never a fan of censorship, yours truly was in attendance for this one night event. Over the course of more than two and a half hours, I simultaneously began to relish and regret my decision. Ultimately, the film is a supremely entertaining dark comedy trapped inside a Lars Von Trier movie. 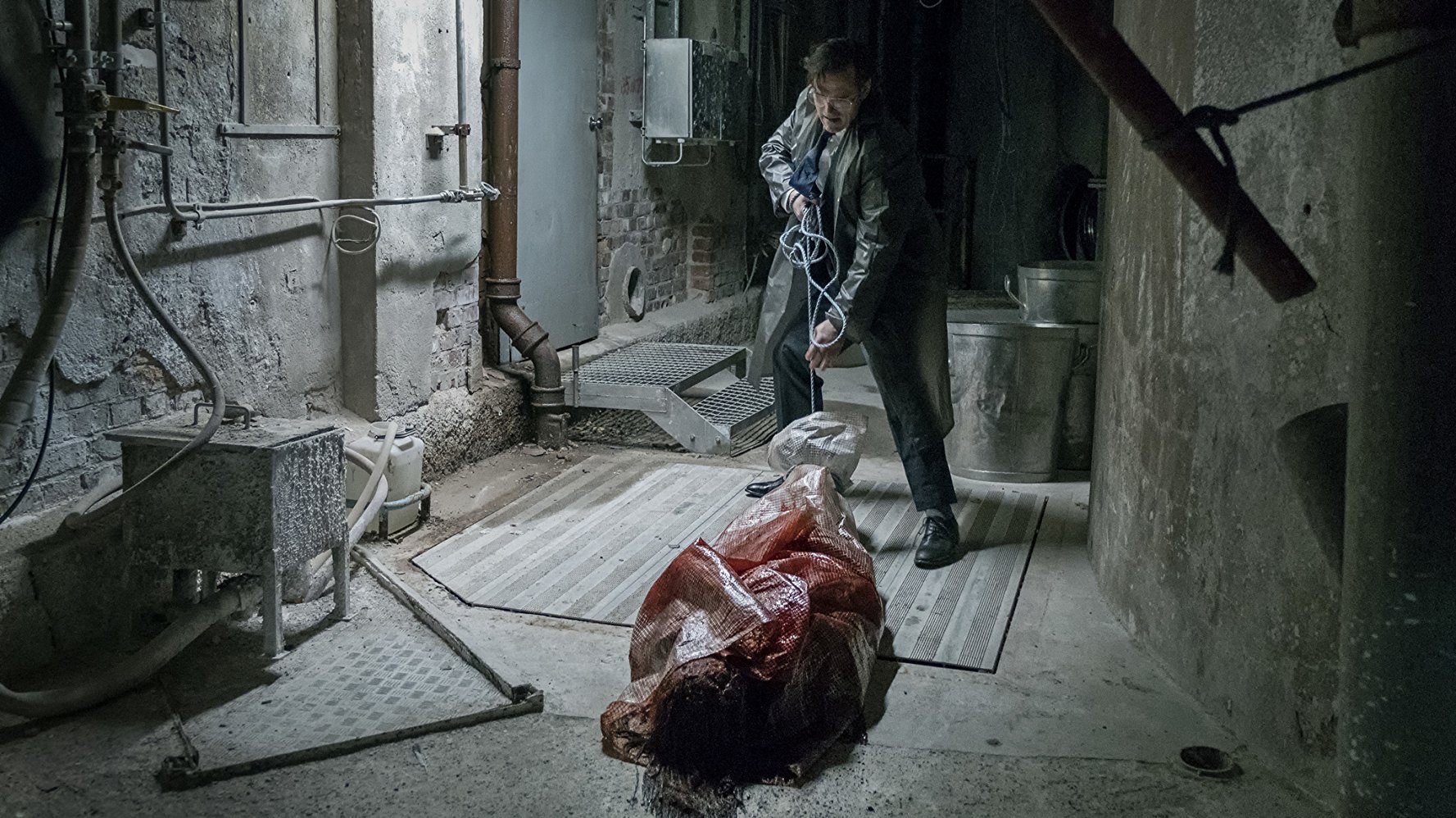 For the most part, The House That Jack Built entertains. Whether through dialogue, visuals, or varying grotesqueries, something of interest constantly targets your eyes and ears. Part horror, part character study, and part flat-out comedy, it’s the type of film that will deeply divide audiences. Some viewers will naturally find the blending and shifting tones off-putting. In addition, Von Trier’s heavy handed personal interludes and dissertations on history, humanity, art, and the state of violence in cinema and society may feel distracting and out of place. Naturally, of course, some audiences will respect Von Trier’s artistic vision to a fault.

Personally, I experienced what I imagine viewers who failed to grab onto Mandy likely felt. While I found a great many things to appreciate, I was ultimately unable to immerse myself in the Von Trier experience due to some key filmmaking choices. More on that later, but suffice to say that a skilled editor and producer, given Von Trier’s footage, could easily make a kick-ass 90-100 minute-long dark comedy about an OCD serial killer. This slasher/thriller, trapped inside a 155+ minute piece of art would shatter box office records and delight horror audiences for years. Yet, that’s not what Lars Von Trier wants. He insists that audiences come to his movies on his terms. Similarly, I must review the film I was presented rather than the one I would have preferred.

On the positive side, the performances are stunning, capped off by an Oscar-worthy turn by none other than Matt Dillon (Crash, There’s Something About Mary) as the titular Jack. Von Trier’s screenplay foists the entire film on Dillon’s shoulders. He appears in basically every scene and narrates throughout. Imagine if an expressionist filmmaker was asked to re-imagine American Psycho about a psychotic, obsessive, compulsive engineer. The result might look a lot like The House That Jack Built. 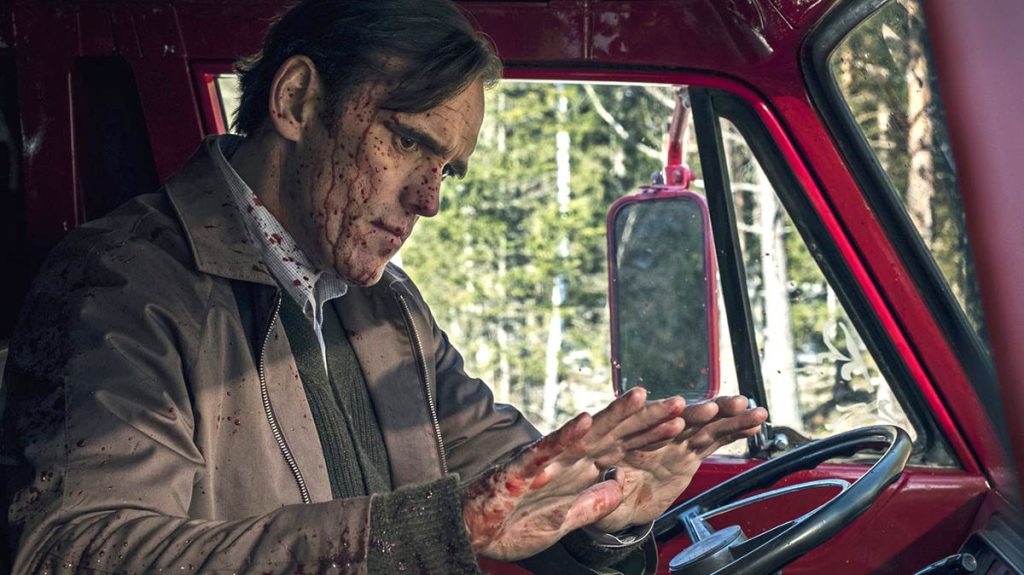 Along the journey, Jack is joined by a guide, Verge, played by Bruno Ganz (Downfall, Unknown). Jack directs his narration at Verge, as we see important events from Jack’s life play out. Thus, Verge stands in for the audience, sharing observations that help color our perception of Jack. This includes suggesting that he may not be a reliable narrator.

We also meet a number of women, including Uma Thurman (Kill Bill), Siobhan Fallon Hogan (Men in Black), and Riley Keough (It Comes At Night, Mad Max: Fury Road). Although appearing only briefly, each of these women are critical to show us who Jack is. They act less like actual human females, and more like Jack’s perception thereof, which they each pull of brilliantly.

Hearing about walk-outs at Cannes, I of course expected a story filled with gore and depravity. About this, I was not disappointed. Von Trier’s tale of a prolific serial killer is, quite naturally, filled with senseless violence. This includes extremely realistic-looking violence toward women, children, and animals. (I have never been happier to see the words “no animals were harmed” in the closing credits). While never coming close to films like Trauma or We Are The Flesh, Von Trier’s hyperrealistic depictions of torture, mutilation, and corpse desecration are legitimately disturbing. Picture American Psycho with more of a Hostel aesthetic.

Unfortunately, Von Trier shot the film almost exclusively handheld. Aside from a few animated sequences, archival footage, and even a handful of scenes in pitch blackness, the camera never settles for more than a couple of frames. While there may be several valid artistic reasons, I ended up feeling mostly distracted and nauseous. I nearly walked out just to allow my motion sickness to settle down. 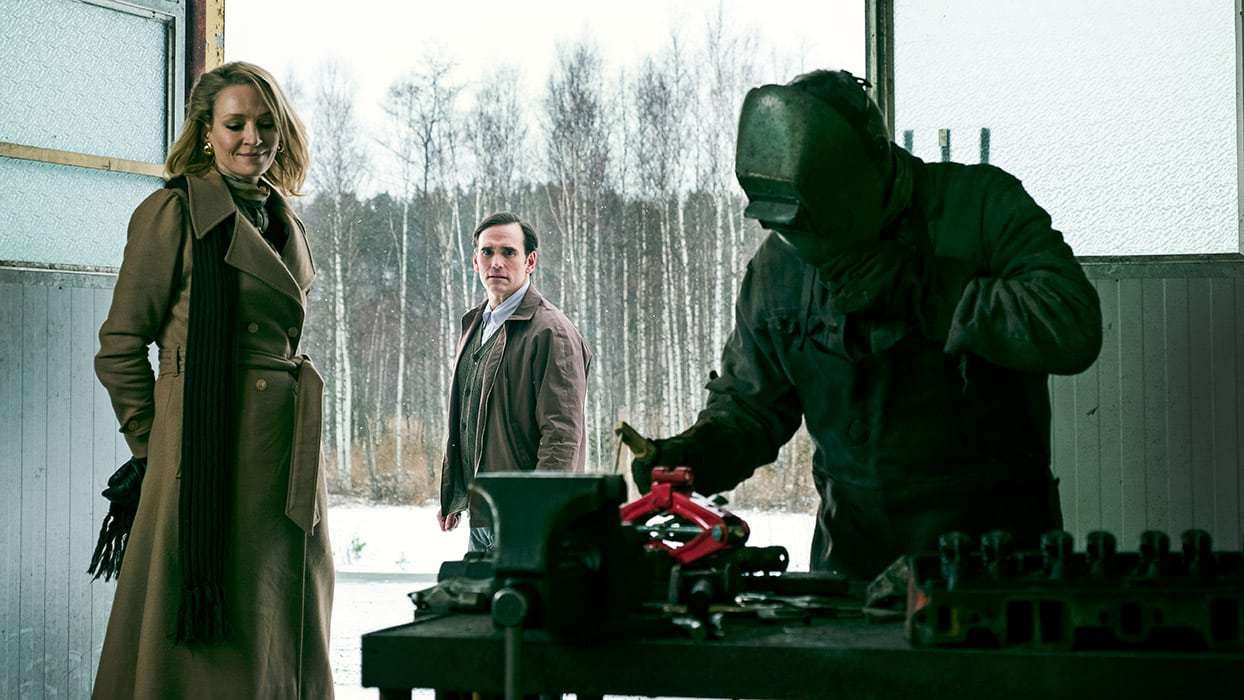 American Psycho with more of a Hostel aesthetic

This decision was unfortunate, as it literally forced me to look away from an otherwise fascinating film. The distraction also likely amplified the slowish pacing, particularly as the film progressed. As Jack nears the end of his tale, his encounters with what appear to be regular acquaintances feel rushed–odd, given that there should have been plenty of movie to develop those relationships. Moreover, his fate(s) become increasingly predictable, as the long, lingering scenes feel intent on delaying the inevitable.

Yet, despite the bloated runtime and odd pacing, The House That Jack Built manages to mostly entertain, doing so as much with its comedy as with its brutality. From Jack’s awkward social manner, to his choice of murder weapon, to the musical accents courtesy of David Bowie and others, the film has a unique sense of humor. As the title implies, Jack builds a house. Yet, with the film nearly over, Verge points out that, despite starting and tearing it down several times with different building materials, he has yet to actually build his house. In the end, he does manage to find a suitable material as he completes (or possibly starts?) his journey. Yes, that’s intentionally vague to avoid spoiling one of many humorous visual moments (a great number of which are unfortunately spoiled in the trailer).

An R-rated version of The House That Jack Built will be released in theaters and VOD on December 14, 2018. A digital release of the unrated director’s cut is also planned. 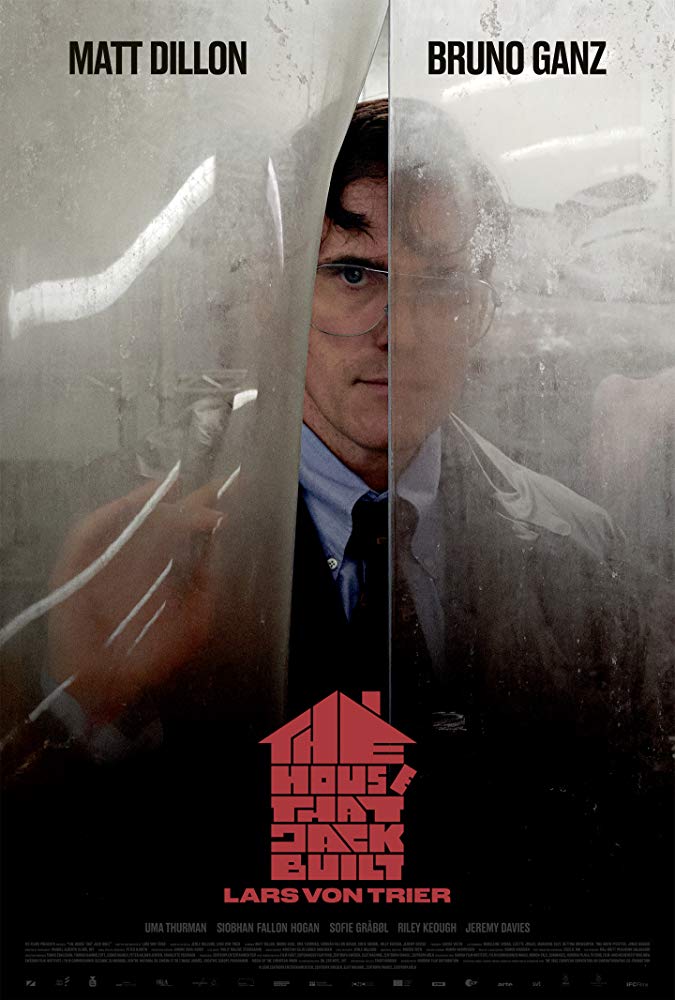 A largely entertaining film that ultimately cannot get out of its own way. Enough solid material to recommend to horror fans, but know what you’re getting yourself into. 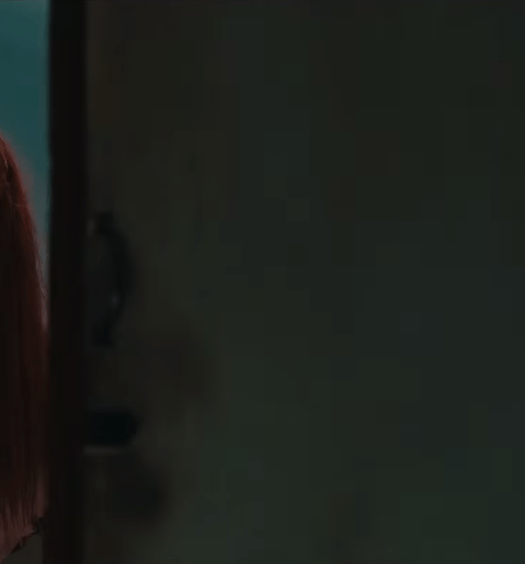