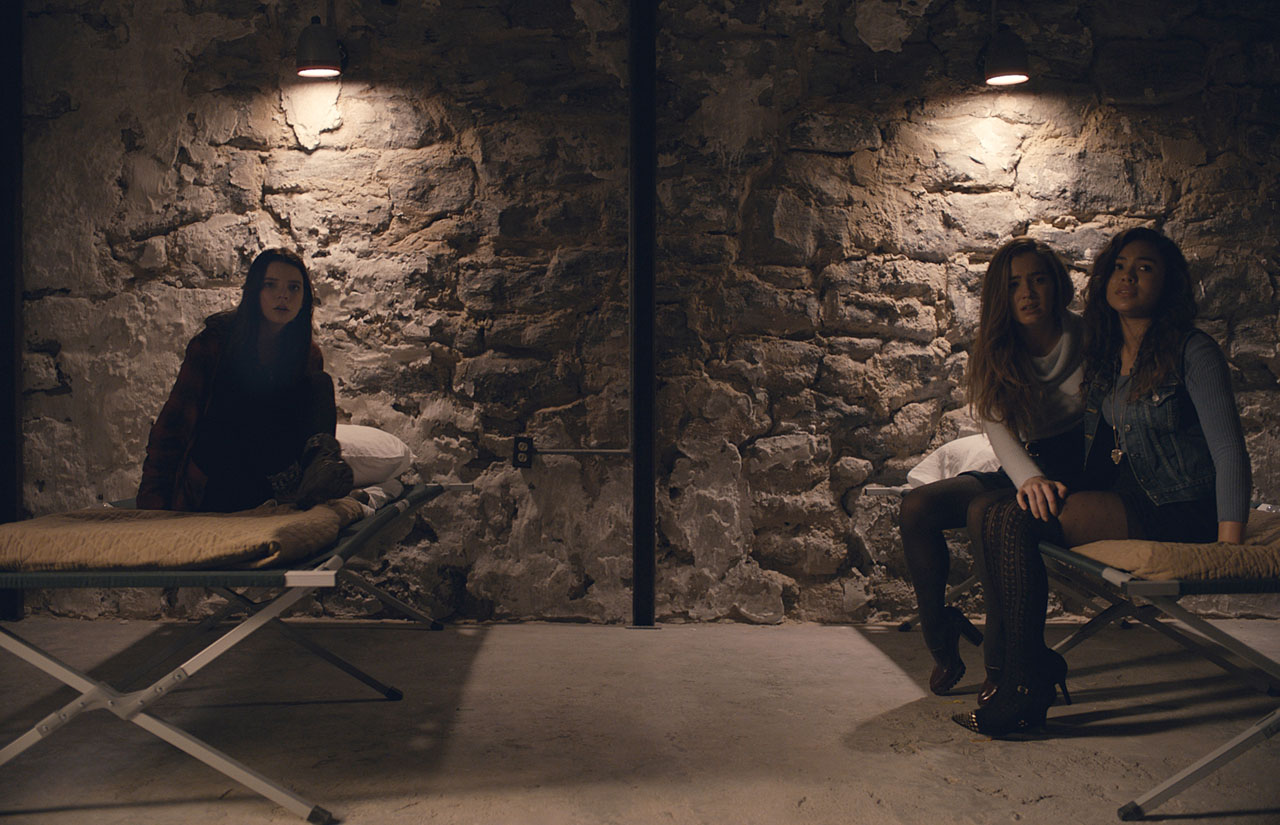 Aside from being known as the largest genre film festival in the U.S., Fantastic Fest is also known for its top secret screenings.  At least once during the festival, something simply titled “Secret Screening” pops up on the schedule. There’s no descriptions, no hints of what the movie actually is, and speculation runs rampant as people scramble to land a coveted ticket. Those that were able to grab tickets last night at Fantastic Fest were of the first to lay eyes on M. Night Shyamalan’s Split, a film he only finished making just last week.

Shyamalan drops in a final scene at the end like a massive bomb.  It’s not a twist, but it’s a reveal so huge that it changes the way you view this film in its entirety.

Shyamalan’s latest thriller opens with Casey, played by rising actress Anya Taylor-Joy, stranded at a birthday party without a ride after receiving a pity invite in the first place.  She’s socially withdrawn, which makes her a subject of scorn amongst her peers. One of the partygoer’s fathers offer her a ride home, and the two chatty teen girls in the backseat are oblivious when someone other than their father slips into the front seat. With barely a struggle, the man chloroforms them and drives off.  The trio of teens comes to and find that they’ve become the captives of a creepy guy not in control of his 23 different personalities.

While this is a thriller, it’s not the thriller the trailers and marketing will lead you to believe.  Though we actively root for Casey and want her to escape, this story is really about James McAvoy’s Dennis.  The film spends a lot of time acclimating viewers to his dissociative identity disorder, a lot of which we learn about through interactions with his therapist Dr. Fletcher, played by Betty Buckley.  While these scenes are also exposition heavy, Betty Buckley is so good in them that it doesn’t feel as forced as it should.

McAvoy is transcendent in his role.  He transitions from persona to persona with effortless ease; a petulant child one moment, to prim lady the next, before reverting to OCD creep.  Sometimes he terrifies, and sometimes he’s an absolute comical delight.  There’s an unexpected dance number late in the game that is so entertaining it deserves its own feature on a future Blu-ray release. Despite McAvoy’s humorous turns with the more flamboyant characters, the underlying tragic and broken nature of his character remains a constant presence.  McAvoy and Shyamalan fully embrace both Dennis’ disorder and the past that splintered his mind, though I imagine there will be plenty of people that will take issue with their take on it.

This is not the cat and mouse thriller that most people will be expecting.

For those that have been burned by M. Night Shyamalan’s judicious use of plot twists in the past, you can relax.  Though all of the details are revealed of Dennis’ plan for the girls is revealed over time, the plan is told to viewers all along.  What happens is precisely what we’re told is going to happen.  That seems too easy, though, right? Shyamalan drops in a final scene at the end like a massive bomb.  It’s not a twist, but it’s a reveal so huge that it changes the way you view this film in its entirety. For those a little savvier in their cinematic history, I should say.  A casual or younger viewer might not quite grasp the heavy implications Shyamalan’s game changer.

This is not the cat and mouse thriller that most people will be expecting, and as such the core trio of victimized girls are largely underutilized.  McAvoy’s jaw dropping performance and story arch is what this film is really about, though.  Some viewers will be put off by some of the dark subject matter, and some will take issue with Shyamalan’s methodical approach to Dennis’ story.  Those wanting something completely different, this is for you. 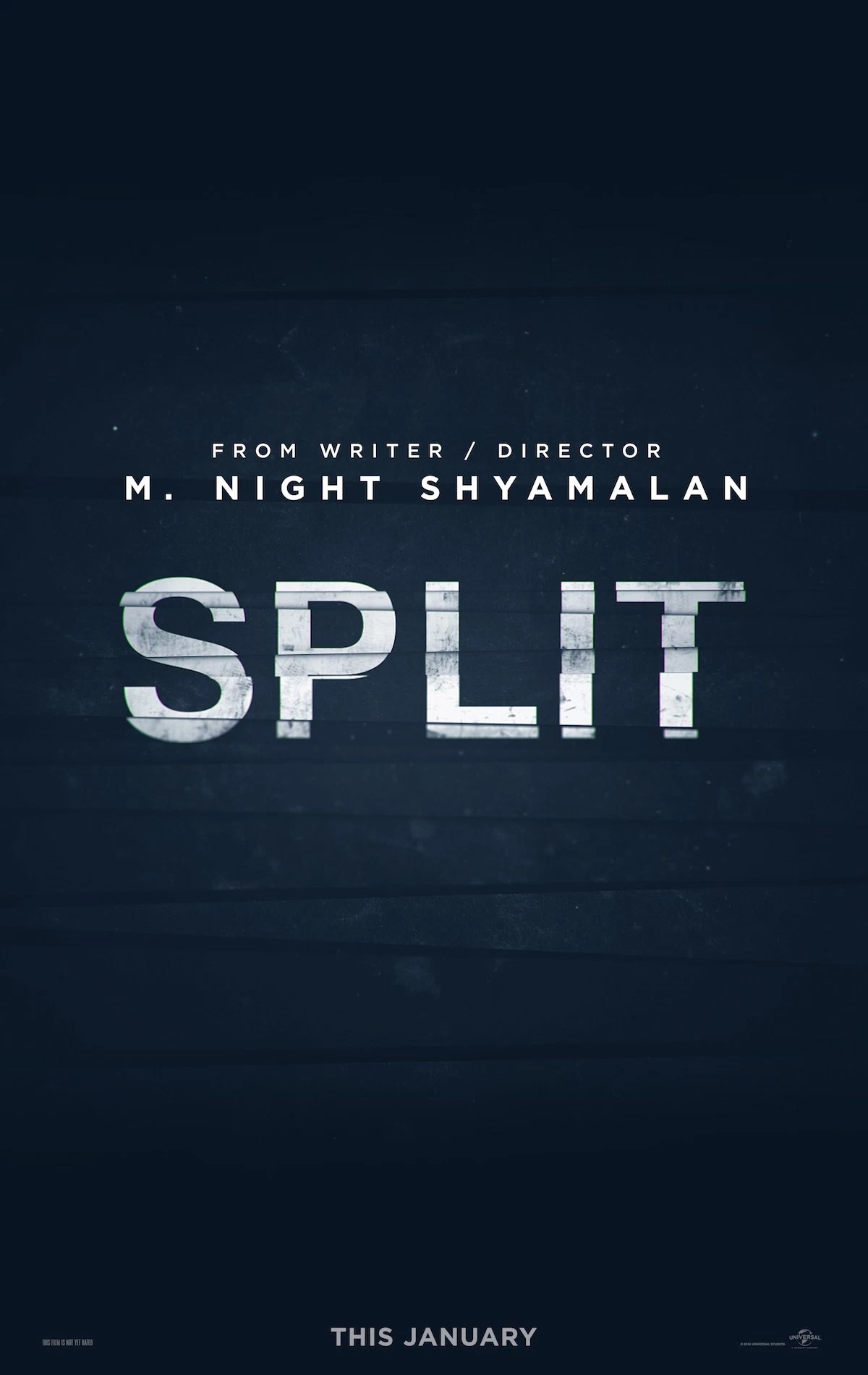