The inaugural Overlook Film Festival opened with Jason Blum and Oscar award winning writer Akiva Goldsman in attendance for the world premiere of Stephanie, a film produced by Blumhouse and directed by Goldsman. The feature follows an orphaned girl, abandoned and living alone in a cottage nestled deep in the woods adjacent to an orchard.  She doesn’t seem to be alone, though, as an otherworldly presence seems to have taken a vested interest in the girl.

Between the powerhouse pairings of Blumhouse and directors like M. Night Shyamalan and Jordan Peele, the teaming of Goldsman and Blumhouse seems like a sure bet. To a certain extent, it is. There’s a solid 30 minutes or so of one very unnerving horror film, with remarkable actress Shree Cooks as the titular character keeping viewers deeply engrossed in her story; no easy feat for a child actress. Alone with just the company of her stuffed turtle, Stephanie’s lost in her own world of play. She colors on the walls, reads bedtime stories to her turtle, and concocts terrible meals for herself in the way only a child would do. She’s also quite oblivious to danger, nearly harming herself by sticking her hand in a powered-on blender when it gets jammed. Yet the suspense of potential injury pales in comparison to the entity that enters her home and stalk her in the evenings.  From the perspective of the young girl, this becomes even more terrifying. The isolated setting combined with Cooks effective performance makes for some very unnerving sequences.

Just as the entity seems to be growing bolder, Stephanie’s parents reappear. Played Anna Torv and Frank Grillo, Stephanie’s parents bring a shift in the narrative’s perspective. There’s clear guilt and remorse for having left Stephanie, along with a clear parental adoration, but there’s an underlying secret. Stephanie’s parents know more about the situation than they’re letting on, and while its meant to blur their intent, it also detracts from the building suspense of Stephanie’s situation while she was forced to survive on her own. While both Grillo and Torv are talented actors who manage to do much with their roles, there’s not much to their characters and their scenes pale in comparison to the preceding section of the film.

Still, these two acts of the film would make for a fun, great little thriller if not for the bizarre bookends in the story that shifts it firmly into sci-fi territory.

Still, these two acts of the film would make for a fun, great little thriller if not for the bizarre bookends in the story that shifts it firmly into sci-fi territory. The modern setting of that cottage in the woods contradicts the cold, futuristic sci-fi laboratory that both opens and ends the film. It’s a weak attempt at giving the film a much bigger scale, when it works so much better as a small, claustrophobic story. Throw in one inexplicable scene that features a post-apocalyptic gang on the hunt, led by Lost actor Harold Perrineau, and it becomes clear that a lot was left on the editing room floor. The scene muddies its attempt at world building and exposition, detracting from Stephanie’s story.

Stephanie feels like three films in one; a spectacular spookfest surrounding a very effective, talented young actress, a connecting act that feels more appropriate for a Twilight Zone episode that’s still fun but somewhat predictable, and an odd, out of place sci-fi feature that allowed a horror film to be dropped smack into the middle of it. Written by Ben Collins and Luke Piotrowski, Goldsman directed this feature with ambition. Despite clear budgetary constraints, Goldsman had lofty goals for this feature. But its attempt to elevate the narrative from its chilling, isolated horror tale to a wide-spread global scale ruins what works. The highs of this film are fantastic, which makes the lows all the more disappointing.

Stephanie made its world premiere on April 27 at the Overlook Film Festival. 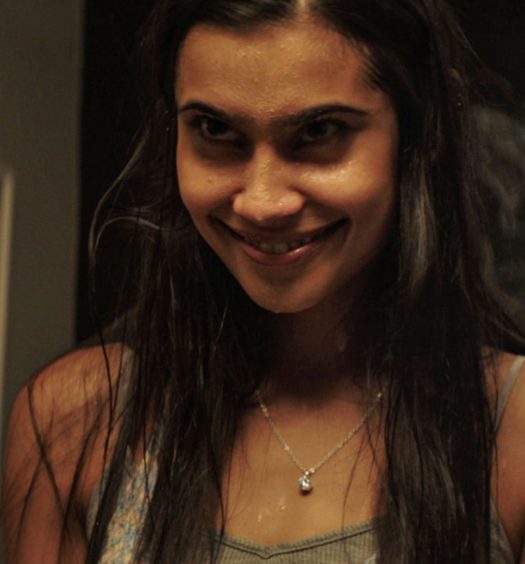 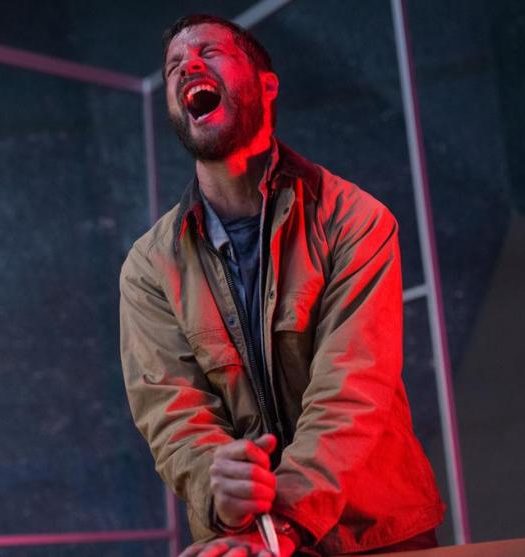