The Best Twists in Horror History

I was watching a “true crime” thriller the other day.  The film ran its course, finishing with an ambiguous ending followed by scary white text.  After sitting for few minutes unfulfilled, I realized that I have never wished for a twist so badly.  This got me thinking.  What makes a good twist?

Before we get into this, I need to mention that we’ll be discussing the ends of movies here.  If you don’t want them spoiled, tread carefully.  Secondly, there is a difference between a twist and a surprise.  A twist changes your perception of everything that happened before it.  A surprise is a stinger, a gotcha ending.  I will be discussing both in this article and giving my opinion on which ones worked and which ones didn’t.

Jacob’s Ladder, The Sixth Sense, The Others, Dead End, Reeker, The Wicker Man, Night and Return of the Living Dead, The Mist, Cabin in the Woods, Drag Me To Hell, High Tension, Identity, The Uninvited, The Ward, Friday the 13th, My Bloody Valentine, Happy Birthday to Me, April Fool’s Day, Scream, Sleepaway Camp, Dead Silence, Orphan, Frailty

The Twist: “They’re All Dead.”

Whats it about? – Nine years before M. Night wowed audiences with a ghostly twist Adrian Lyne did it first.

Did it work? – It works excellently.  The whole movie you’re going, “What the fuck?” again and again.  Then it all comes together in the end.  If you haven’t seen Jacob’s Ladder you are doing yourself a disservice.  Next to The Shining, it stands as one of the more disturbing movies I’ve ever seen.

The Sixth Sense or Let the Rip-Offs Flow Forth

Whats it about? – This was the watershed movie for the modern twist.  A man tries to help a little boy and gets more than he bargained for.

Did it work? – The Sixth Sense changed everything.  EVERYTHING.  This twist ruined a lot of good movies for me and became a lazy scapegoat for a ton of writers in the early aughts.

The Others or Where is This Strong Sense of Deja Vu Coming From?

Whats it about? – Family in house is harassed by ghosts, turns out things aren’t what they seem.

Did it work? – Depends on your viewpoint.  The Others was the first post Sixth Sense clone to use the “dead” twist.  The acting and the plotting are tight, but this is an obvious rip-off to me.

Dead End or I Liked the first 75 Minutes

Whats it about? – A family avoids a near fatal collision on their way to a holiday dinner.  Afterwards strange things start happening and ….. DEAD.

Did it work? – Nope.  The ending does not make one lick of sense which is a real shame because everything up until that point is riveting.  I was dying to see where things would go and coincidentally so were the characters….

What’s it about? – Could you just copy the plot synopsis from Dead End please?

Did it work? – Reeker is absorbing up until the end.  Strange things are happening, nothing makes sense, people are disappearing.  Where have I seen this before? The Reeker is a cool new creature, but it gets written out of existence by the monumentally stupid twist.

The Surprise: They All Die

The Wicker Man or Wake Me Up When He Dies

What’s it about? – A constable goes to a strange island to investigate the disappearance of a young girl.

Did it work? – This movie has been accused of being rather dull.  I disagree but one thing’s for certain, that ending is a stunner.  More a surprise than a twist.  I would recommend this entire flick just for the impact of the last 10 minutes.

The Mist or Now I Wanna Blow My Head Off Too

What’s it about? – A mysterious fog rolls into a New England town and spells doom for its populace.

Did it work? – Dear lord yes.  The Mist ranks up there as one of my favorite movies of all time and I adore the absolute nihilism of the ending.  It’s a lot of fun on later watches trying to track how the characters’ choices get them to their ultimate destination.

What’s it about? – Hoards of zombies spell the end for humanity.

Did it work? – You gotta hand it to Romero and O’Bannon, they know how to crush your soul.  You are rooting for the characters to escape certain doom in each respective movie and then reality comes crashing in like a megaton missile (or a bullet to the head if you prefer).

Cabin in the Woods/Drag Me To Hell or Have Fun and Die!

Did it work? – Pretty much.  I enjoy the endings to these films almost more than I do the journey getting there.  I’m not the biggest fan of Cabin in the Woods, but when all hell breaks loose I’m laughing like a madman.  Drag Me To Hell has a dark ending where the good gal loses but it’s so damn fun you don’t care.

The Twist: It’s All In Your Head

What’s it about? – This hardcore slasher was one of the first in the new wave of French films to establish a new kind of gore flick.

Did it work? – Probably the most reviled twist on this list (poet).  The finale makes absolutely no sense if you try to rationalize it.  Like most foreign films, things are open to interpretation. That’s either going to work for you, or make you want to drown yourself in turpentine.

Identity or John Cusack and Amanda Peet, Pick Your Poison

Did it work? – Identity is a lot of fun.  Things are really bizarre right up until the ending.  This one works a lot better because things are more removed from reality and the plotting is tighter.  I still have trouble with John Cusack as a cool action hero though ….

The Uninvited/The Ward or All Women are Crazy?

What’s it about? – Hollywood wants us to believe that women can’t deal with trauma and turn into murderous psychopaths.

Did it work? – The endings make sense but both films are lackluster middling films that will leave your consciousness as soon as the credits roll.  What’s really sad is one is directed by one of the most revered directors in the genre.

The Twist, er … The Surprise: Whodunit?

Friday the 13th/My Bloody Valentine/Happy Birthday to Me or Slashers are Formulaic Aren’t They?

What’s it about? – People go a little crazy around the holidays and the person you suspect is not necessarily the one that’s gonna stab you in the back.

Did it work? –  There is a reason why the eighties shat out hundreds of slasher films.  Guessing who is the murderer and watching them freak out at the end is always half the fun of a good slasher film.

What’s it about? – Muffy is holding a party for her friends this weekend and its gonna be killer.

Did it work? – Or …. Not. This is widely credited as the movie that put the final nail into the slasher movie’s coffin in the mid-eighties and with good reason.  Every time I watch this I want to violently choke a defenseless woodland animal.  The first half is so good and the last half is so … sucky.

What’s it about? – There are actually 2 Killers!  She’s actually a boy! Two of the most successful slasher twists from two different decades.

Did it work? – These are my two favorite slasher reveals.  One is so batshit insane and pulled off with such panache that the movie is legendary solely for the last 5 minutes.  Scream is great from beginning to end and the reveal just cements it as a truly great slasher.  I can’t stop staring at her dick….

The Best (or Worst) of the Rest

What’s it about? – Dummies and Dolls are scary. Hot off the heels of the success of SAW, James Wan returns with a middling ghost movie and another twist.

Did it work? – Probably the most ridiculous twist in this whole article.  The main character is talking to a giant puppet the whole time (his dad) and he doesn’t know it?!?  After this film I was worried for Wan’s career, obviously those concerns were unfounded.

What’s it about? – A seemingly sweet orphan is more than see seems.

Did it work? – Isabelle Fuhrman is awesome.  Her performance elevates the movie and the reveal at the end completely “got” me.  Orphan proves that there are still stories yet to be told and ways to surprise the audience.  This is a great twist that only made my achonroplasiaphobia worse.

What’s it about? – Fenton Meiks has information about the God’s Hand Killer for the FBI but the break in the case could spell disaster for agent Wesley Doyle.

Did it work? – Frailty is widely acclaimed and for good reason but that twist is just yawn inducing.  The whole movie is a little too subtle for my tastes.

There you have it!  What are some of your favorite twists?  Which surprises worked for you?  Which turns of plot ruined the movie?  Shout out below in the comments! 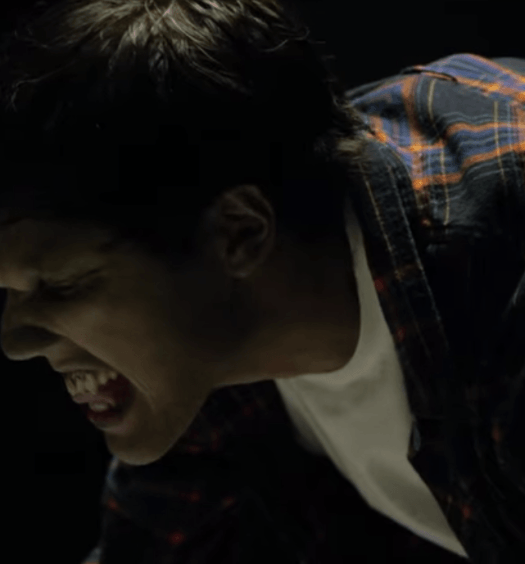 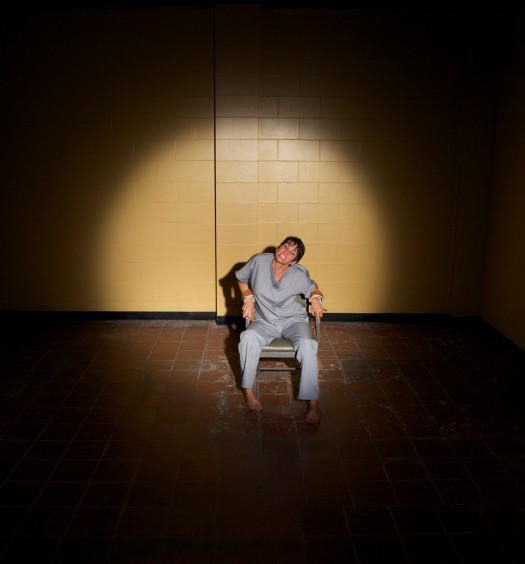 New Cover Art and Stills from The Atticus Institute