By Grey  •  5 years ago  •  Reviews
70
SHARES
ShareTweet
Plot Synopsis
Friends head off to the remote island of Martha’s Vineyard to celebrate New Year’s Eve and reconnect. As tensions rise, an unforeseen presence halts celebrations and instead turns their holiday into a fight to live through to the new year.

The Eve opens on New Years Eve.  We are watching the ball dropping in Times Square on a television.  In the room sits a man, stabbed to death by a little girl.  The iconic New Year’s theme, Auld Lang Syne plays in the background and guides us  into the next scene where we view Harrison, Jenn, Scott and Lacey traveling to a remote cabin to celebrate the New Year holiday.  Coincidentally they are all discussing Auld Lang Syne and how the song has many meanings.  This fixation on the holiday carries through the entire film.  The group arrives at the cabin and it isn’t long before they realize that a killer is in the area.  With the car mysteriously disabled, the group must now survive the night so that they can get help in the morning.

Essentially this is the structure of a classic slasher movie.  You are presented with a trauma inducing tragedy with just enough mystery to be intriguing and also to obscure the identity of the killer.  Then you are introduced to your slasher fodder.  In fact, if you would have asked me about fifteen minutes into The Eve what kind of film I was watching, I would have guessed a slasher.  Unfortunately The Eve is not a slasher. There is hardly any gore, most of the deaths take place off-screen and there is no nudity to speak of.

The film looks great and I thoroughly enjoyed the entire cast, but the problem becomes when the film has an identity crisis.  On the one hand there are cliched horror troupes around every corner.  There’s a creepy groundsman that tends to the cabin during the winter who immediately becomes a main suspect.  There are girls who take showers alone and sense a presence watching them and wanton canoodling begins as soon as dusk hits.  But every time it looks like the film is going to wallow in these delicious scenarios, it pulls back.

This doesn’t have to be a problem.  I’m okay with a film trying to do something different.  The issue is that The Eve doesn’t do anything different.  It doesn’t try to achieve anything.  There is hardly anything to differentiate it from the hundreds of horror films that get released each year.  I’d much rather see the film try for something and fail than the sterile proceedings we have here.

This isn’t to say that The Eve is bad; quite the contrary.  The Eve looks great.  The cinematography is beautiful and there are well composed shots throughout.  Similarly the acting is terrific.  Al Thompson who plays Scott gives the standout performance of the film.  You can feel his charisma oozing out of the screen.  I also bought into the conflicts the characters have.  As you might expect there are simmering tensions that boil to the surface in this tense struggle for survival.  Harrison (played by Evan Bass) has been burned by an investment deal with his best friend Scott and so the two of them are at odds the entire film.  These conflicts between the two were really fun to watch and this was one of those rare circumstances where I was enjoying the character dynamics so much that I almost forgot I was watching a horror movie.

The female characters in the film Jenn (Maria DiDomenico) and Lacy (Miranda Noelle Wilson) are also excellent.  Lacy is the new girlfriend and her presence sparks resentment and confusion in the group.  In this climate of heightened feminine awareness of gender stereotypes, these characters are interesting and fleshed out as much as they can be in a horror movie.  Not every line delivery works and there are a few moments that are stiff and don’t play the way they should but I didn’t feel this hurt the film.

What really bothers me about The Eve is its reluctance to commit.  There are several shots that are blatant homages to great slasher films like Psycho and Friday the 13th.  Only a rabid horror fan would catch them but they tell me that director Ritchie Steven Filippi is a fan of the same films that I am.  This is why the film’s approach is so perplexing.  The beginning is interesting because the characters are interesting.  The middle is incredibly boring because none of the “horror” is unique or visceral.  The end of the film is exciting because it becomes a slasher movie again.  I really wanted to like The Eve but ultimately all I can say is that the film makes me excited to see Filippi’s next film where hopefully the gloves come off. 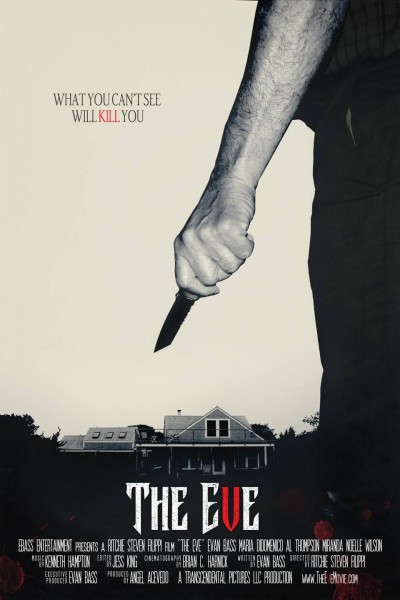 It Looks Good and Safe

There’s a lot to like about The Eve; it looks good and the acting is solid, but the film doesn’t take any chances so it doesn’t really work as a horror film. 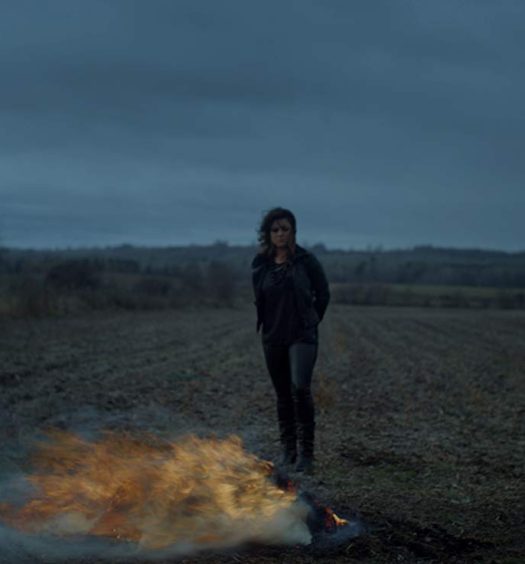